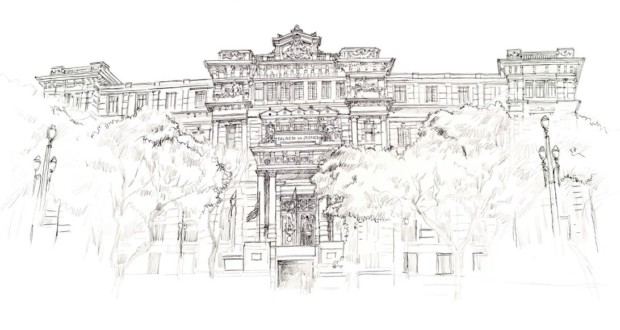 Paulo von Poser, artist paulistano, displays "Adrift São Paulo von Poser”, no Solar da Marquesa de Santos, one of thirteen historic homes that make up the network of the Museum of the City of São Paulo. With 55 works (28 works + 27 historical photos), builds an overview of past, present and future of central São Paulo through the trace of the artist known for his observation drawing on life and the transformation of cities.

As described above, various media, technical drawings and make up shows that converges to the feeling of belonging to the center of Sao Paulo, as a gift for the population, especially users of the area where the city was born.

Based on 27 selected historical photos of the collection of the Museum of the City of São Paulo, methacrylate expanded in various formats, Poser draws directly on the wall a map of the stems that held between the Praça João Mendes and the Largo de São Bento, and apply historical images on the map to portray the present that appears in the drawings on wooded places photographed. 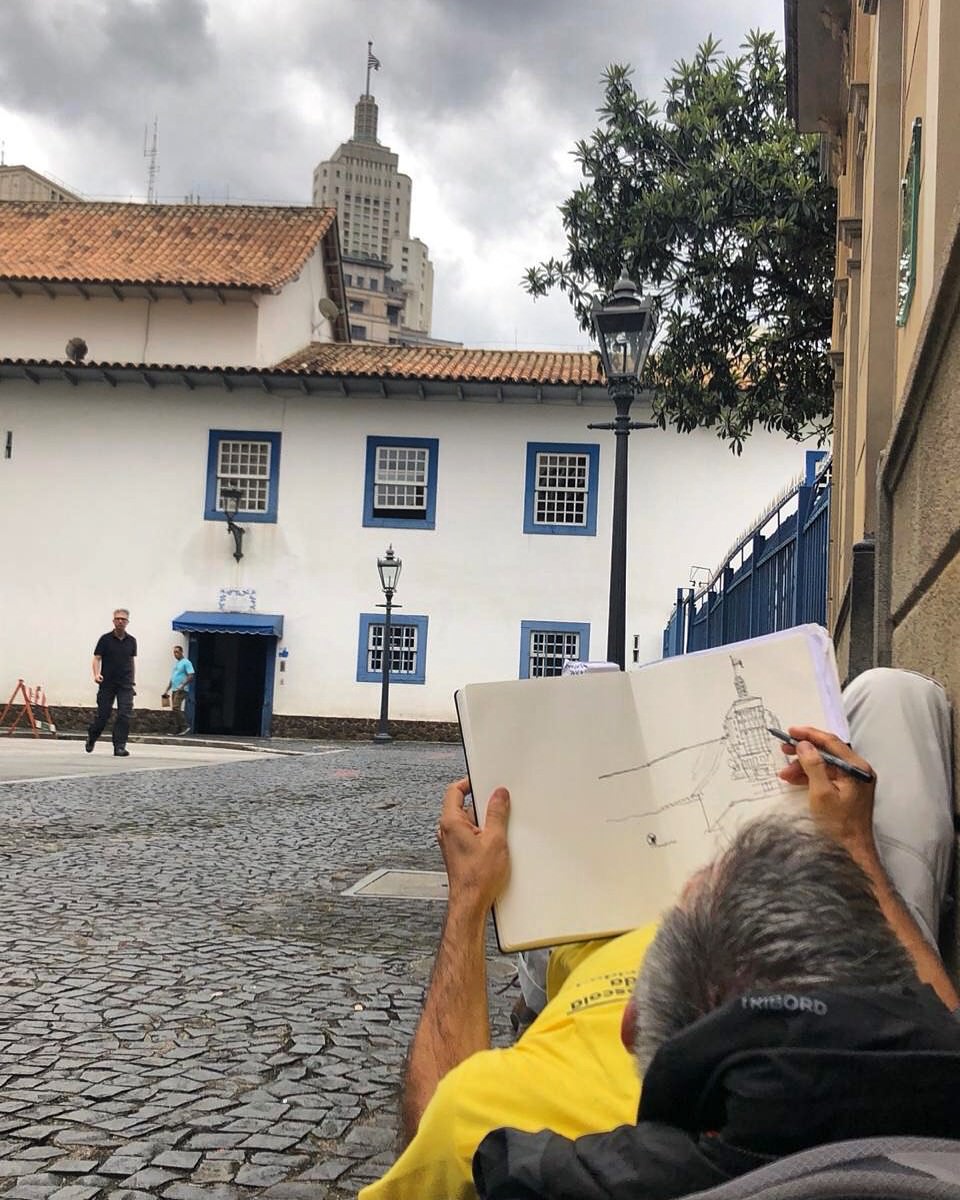 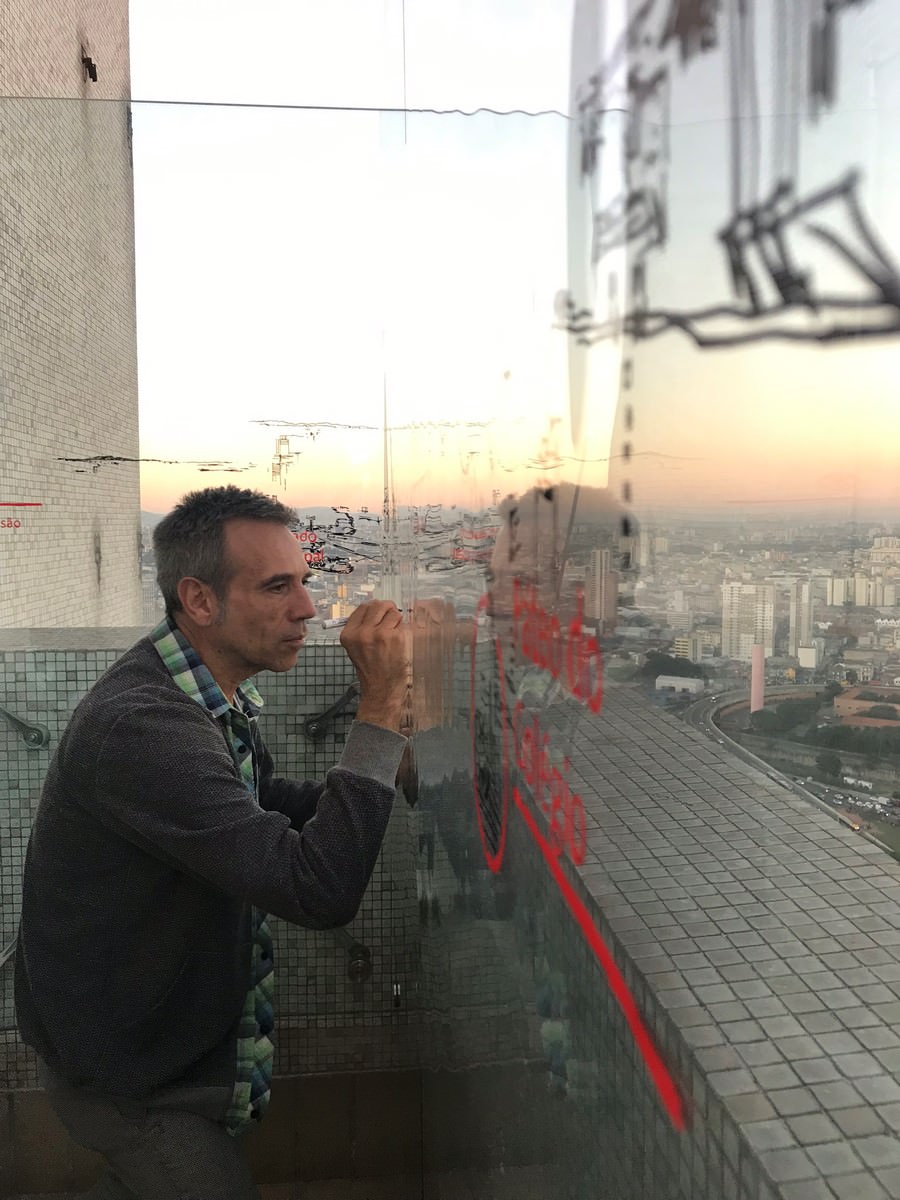 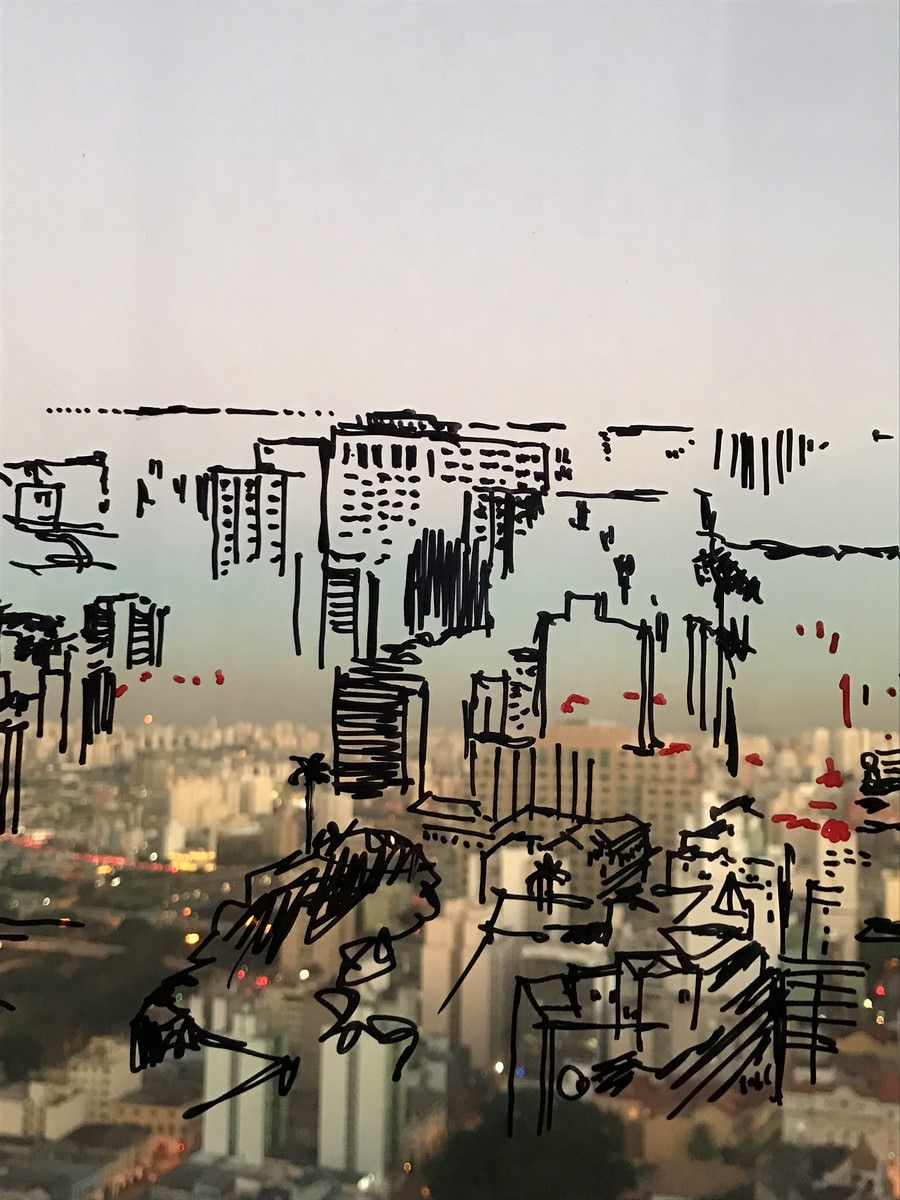 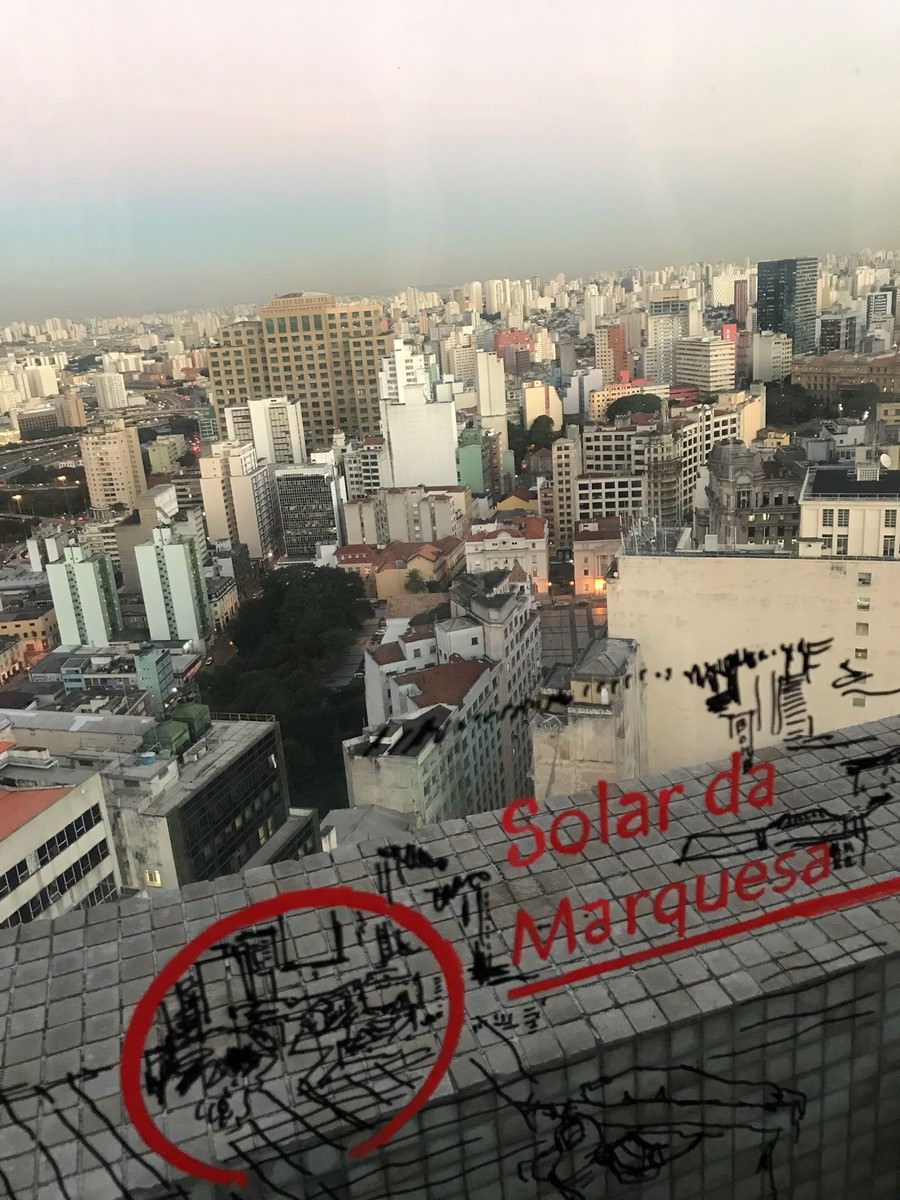 Furthermore, another future possible is synthesized in the revitalization and modernization project of the Pateo redesigned College, designed by architect Pedro Mendes da Rocha, where the artist creates an ode to the future of the state capital.

Walking and design and walking and subway and climb the terraces, peek through the windows, speak, hear, ask, agradecer drift. The artist finds the title for exposure. In the course of the process, delights again with his city when looking, the City Museum collection, loose and powerful images of these changes, along with memories of his first visits as a student and then with his students, as a teacher.

The exhibition has the support of cultural producers Madai ART, AYO, graphical Eprint and VERVE Gallery.

“The map of this demand is there: a track between Tabatinguera and Largo São Bento, highs and lows, risks and dashes on comparisons of a city without memory, No judgement, mud and concrete breathes with the nostalgia of earth and dust. The books drawn back to be unique even in ordinary bookstores. A form of gratitude for history teachers and historians and photographers, librarians and archivists and anthropologists, and researchers who helped us understand the city. A line drawn on a reproduction of a picture can open a crack, a bend in time ", describes the artist ".

"Redesigning the SP center, from the City Museum's historical collection, revealed that shows, traces of unknown and missing places of our urban memory”.

Artist, architect, designer, ceramist, illustrator and teacher. Starts in fine arts drawing portraits and landscapes in 1976. He graduated in architecture from the School of Architecture and Urbanism at the University of São Paulo (FAU-USP) in 1982. In addition to drawing, also dedicated to ceramics and illustration, and it has taught since 1986 the School of Architecture and Urbanism of the Catholic University of Santos, and from 2007 the School of the City of São Paulo. He became known for his drawings of roses in 1989, with calendar illustration of the Contemporary Art Museum (MAC-SP), and museum designs, squares and other public spaces. In 2007 He drew on 5 panels 3.500 thousand tiles, permanently installed between the stalls of Avenida Doutor Arnaldo flowers, in São Paulo. produced in 2008 his greatest design, with 225m², the ceiling of the Theater Guarany, in Santos. In 2010, He launched the book "The City and the Rose", by publisher Luste. In 2012, celebrated 30 years of exposure to the retrospective "Trajectory", the Brazilian Museum of Sculpture (MUBE), and the exhibition "Flowering", in the Museum of sacred art (BUT). He participated in national and international exhibitions, his works are part of collections of museums such as the Pinacoteca do Estado de São Paulo, Museu de Arte de São Paulo (MASP), The Brazilian House Museum (MCB) and Museum of Contemporary Art (MAC-USP). Currently lives in São Paulo, producing, teaching, and, involved in social and urban causes like Minhocão Park and the Rivers project and Streets. Artist represented by Verve Gallery.

Previous: World Maromba exchange books for discounts on food supplements in reading incentive campaign
Next: Registration opens for candidates for the Municipal Council of Culture