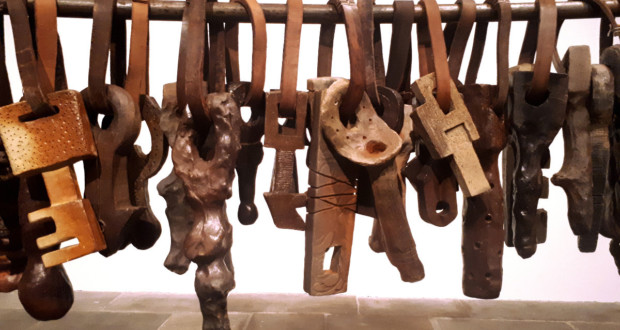 Altogether there are 796 objects between drawings, charcoal, graphite and ceramic sculptures made by slot, modeling and casting.

The Caixa Cultural São Paulo will receive the show Pirajá, a set of ceramic objects of small formats performed in three different techniques - the notch, modeling and casting -, Technical burned in Bizen. The exhibition that had major institutions in Brasilia, Rio de Janeiro and Belo Horizonte arrives in Sao Paulo from the day 27 August.

Accustomed to create with various materials, including wood, clay, cement, steel, Renato Morcatti included pottery in his sculptural repertoire in the last three years, rather it instigated by the challenge that arose from conversations with ceramist Fantini Erli.

Pirajá It is precisely the result of this incursion by the ceramic technique. The show is composed of the series "Between", "We", "Secrets" and "The Guardian". Each is made of multiple small pieces, arranged together, achieve the intent of the artist's speech. - I am a sculptor artist and designer, soon, when I see the sculpture, Also see the design of it. Working with ceramics in large formats is a difficult process, it takes a pottery as Brennand in Pernambuco. So, I was producing small pieces and began to see the design of the sculptures not in the unit, but not set -, explains Morcatti.

The concept of parts forming the whole is fixed by the show title: Pirajá, Tupi, born from the junction of the pyre terms (fish) and has (full), and it is described as "where is placed the fish to be treated" or "which is filled with fish". According to the dictionary, its meaning comes from the observation of a telluric phenomenon: sudden downpour short, violent and alluvial, monitoring of wind, common in the tropics, between the coast of Bahia and the northeastern states. Pirajá, finally, It is still the neighborhood's name, in Belo Horizonte, where Renato Morcatti has his home-studio and that is the scene of so many experiences since childhood that formed as an artist. "What interests me in this work is that: the higher the set, plus the design of the work expands in my sculptural thinking ", he says.

Fernanda Lopes, signing one of the critical texts that show, points out that "the sculptures and drawings series present to the public the artist's interest in multiple, the profusion, by repetition and Organization sets ". 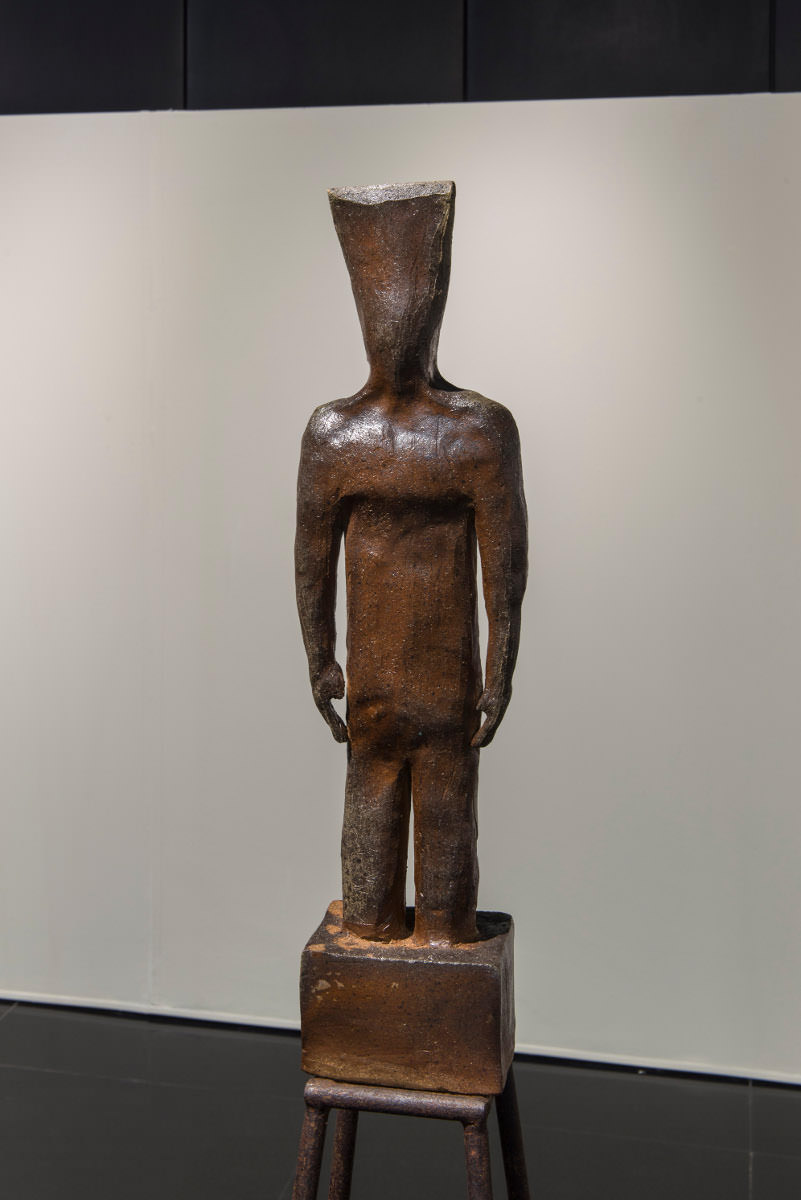 The thread that unites the series "Between", "We" and "Secrets" is made of affection and memory. As in the series Between, a set of small totems "locked" in rectangular steel cage, an analogy freedom on issues, opinions and positions. In We, Key sauces simulations, joined by leather ring, suspended in a vergalho, subjectively treat the family institution and its meaning changing in society. In secrets, They appear ceramic objects that are the representation of the fitting line of the secrets of the keys that rotate the drum. Presented in grouping, cause a not fully identifiable observation forms, instigating impressions of the male and female binomial and the roles that are assigned to each.

Also presented will be a fourth series entitled "The Guardian", composed of 8 parts, Morcatti that likes to define as a pan-optical anti, as it works as a spectator of the spectators who travel through the sculptural universe conceived by the artist. At the same time will also be presented to the public the works Mother scale and Usher, composed, consecutively, By eight five drawings.

Bachelor in Fine Arts from the School Guignard, da UEMG, Renato Morcatti was born and lives in Belo Horizonte, where he maintains his studio in Pirajá neighborhood, northeastern capital. His involvement with the arts dates back since childhood. At the age of 10 years, living with family in the same house where he works today, It made the walls of the bedroom fabrics for their designs. from teen, became habitué at the School Guignard, then still installed in the Palace of Arts, and there spent hours watching the movement of students, teachers and drawing freely. It was resident in the studio of artists Marco Tulio Resende and Thaïs Helt, where he experienced various techniques, engraving and lithography sculpture. His work has been exhibited in several group exhibitions and integrates private collections. 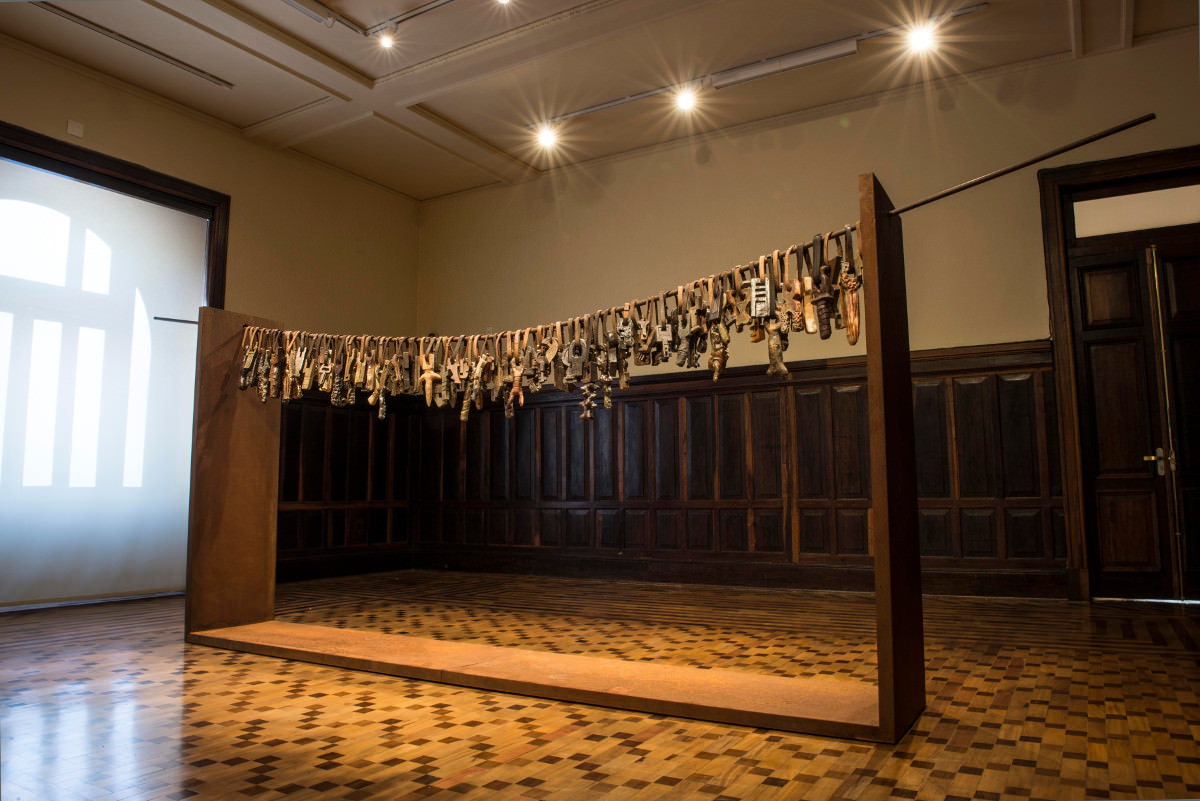 The CAIXA Cultural São Paulo offers a diverse programming, with free options, encouraging inclusion and citizenship. The space is located in a historic building in Cathedral Square, built in style "Art Deco" and opened in 1939. It has three galleries, Great hall, auditorium and workshop room. In 2018, presented 40 cultural and educational projects such as dance performances, theater, shows, debates, dramatic readings, workshops and lectures. The space also houses the CAIXA Museum, a permanent exhibition that has facilities and many original objects, preserved since the late 40, keeping alive the history of the institution and a time of São Paulo and Brazil.

Previous: Best of Bossa on Leila Diniz Culture Room
Next: Brazilian artists exhibit in October at the Carrousel du Louvre in Paris, by Edmundo Cavalcanti