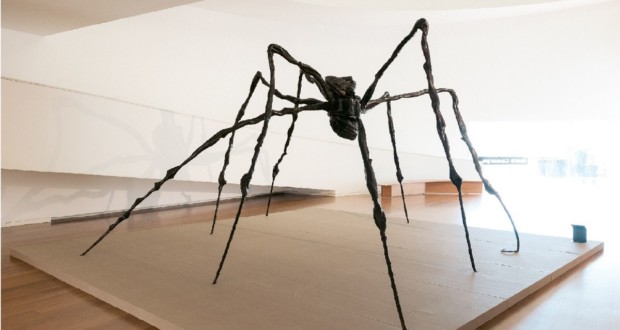 Spider (Spider) parting of the Rio Art Museum on Sunday

Comes to an end on Sunday, March 1, Rio's season of "Spider (Spider), Louise Bourgeois, the Itaú Cultural Collection ". The imposing bronze sculpture parting of the Rio Art Museum - SEA, where in the last three months was on display in the picture of the company's "Spider and Snake", works Collection SEA and items from private collection curator Paulo Herkenhoff, friend of the renowned French artist, as drawings, manuscripts, photographs and publications.

The sculpture made by Louise Bourgeois (1911-2010) in 1996 It is roaming by Brazil through a project sponsored by Itaú Cultural. First was taken to Minas Gerais, to be displayed in the Gallery Forest of CACI. Followed for the Iberê Camargo Foundation, in Porto Alegre, and the Oscar Niemeyer Museum, in Curitiba. Now in 2020, sculpture will travel, starting with the Cultural Center UNIFOR, in Fortaleza.

Previous: Centro Cultural Banco do Brazil has extensive retrospective of Ivan Serpa, one of the most important artists of Brazil
Next: Anna Guerra - "Breathing Art", by Edmundo Cavalcanti