The Art Museum of the river-SEA, under the Institute's management Odeon, closes on 4 November the exhibition season "Tunga - the rigor of distraction". Having centered on the production of the artist drawings, the show brings together about 200 works, many of them unpublished, created between 1975 and 2015. The project was conducted by the Trustees Luisa Duarte and Evandro Salles, cultural Director of the sea, in partnership with the Institute Tunga.

Critical published on 22 August, the paper sheet S. Paul gave full credit to the exhibition. The text signed by the writer, critic and teacher Laura Erber pointed out that "unlike many posthumous exhibitions that are content with the auratic appeal of mourning or the transformation of the estate in shrine, this revolves the legacy of Tunga as vivid and dynamic stuff ". In an article published by the magazine Veja Rio, the artist Beatriz Milhazes stressed the importance of Tunga: "He mixed life and work on a single thought. The creations were part of your body, his speech, their dress. That character will be forever in memory of those who lived with him ". 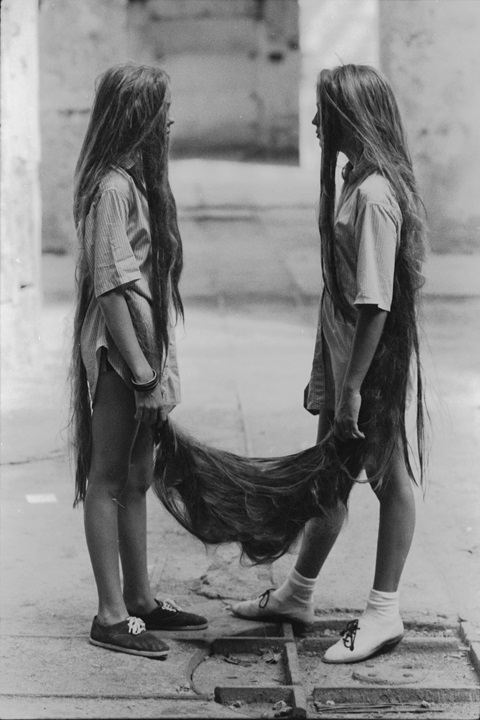 Siamese twins capillaries Among Us. Disclosure.

Organized chronologically, the show reveals that Tunga was no expert in only one language. "Heavy Em, the design was taken as the drafting space. It is from them that, and often, They are born and develop the fundamental poetic of his work, which then expands to other media, as photos, performances, videos and fictional texts ", account Evandro Salles. Sculptures, movies, photographs and texts (designed by the artist as works) complete exposure, that happens 12 years after the last individual artist in Rio de Janeiro and is the first after his death, in 2016, in the city where he chose to live.

The public can follow this process along a route that includes works from the years 1970, when already it announced the strong bond of Tunga with psychoanalysis, through core presenting highlights of work, as the series "Siamese twins Capillary" (1984) and "Sowing Mermaids" (1987) and, more recently, watercolors "Almost Auroras" (2009). They will still be on display a number of studies - drawings that relate to sculptural works coming.

Another aspect that is evident is partnerships by the artist lifelong. In the video "Rescue" (2001) are present the composer and poet Arnaldo Antunes and choreographer Lia Rodrigues. But the movie "Silver Nerve" (1986), on the other hand, It is a partnership with Arthur Omar.

According to curator, the exhibition title, taken from a writing from the artist himself, It reflects the interest of the alliance between Tunga unconscious and poetic program: "The rigor of distraction condenses an important idea for the artist, which is, to value what happens while we are distracted or even sleeping, dreaming - when the unconscious emerges - and connect it to an accuracy, an action that has an extremely sophisticated poetic program both in formal terms and in terms conceptual ", Luisa ends.

Born in Pernambuco and settled in Rio de Janeiro, Tunga has become one of the most important names of his generation. Integrated X Documenta Kassel, 1997, curated by Catherine David. Tunga was also the first contemporary artist to have an open work on the Louvre Pyramid, Paris, in 2005.