Last days of the exhibition that travels the trajectory
by Belgian artist Françoise Schein, celebrating 20 years of operation
in Brazil with public works on Human Rights

By 22 de Mayo, Tuesday to Saturday, in the Imperial Palace

A Belgian artist Françoise Schein, with your association, develops artistic-educational works on four continents, being that Brazil occupies a prominent place in its trajectory. It is here that she has created dozens of tile panels dedicated to spreading Human Rights. Rio de Janeiro, São Paulo and Brasília received gigantic works made with the participation of students, youth and children, from less favored communities. Through involvement in the creation of the artistic work, they got to know the Universal Declaration of Human Rights and, supported by educational work, were encouraged to think about it and to relate it to their lives.

In this last week of LIGHT IN BRAZIL, the exhibition catalog is available to the public, the first retrospective of Françoise Schein's work in Rio de Janeiro, city ​​that has a fundamental importance in its trajectory. The exhibition was created by four hands by Françoise and her daughter from Rio de Janeiro Lohana Schein, who signs the curatorship. The story of the two is intertwined with Françoise's artistic-educational actions in Brazil and illustrates one of the first panels of the exhibition, that tells the exciting story of the adoption of Lohana. For the girl to preserve ties with her family, Françoise came to Rio every year. Françoise founded, then, the Enlist Brazil Association, an arm of the institution created years before and whose objective is "Enrolling Human Rights in the Cities of the World". Na Register Brasil, Françoise has a team that monitors all phases of the project, formed by several professionals, among them the architect Rita Anderaos and the pedagogue Moema Quintanilha.

“Luz in Brazil is a contemporary poetic reinterpretation of fundamental human rights, proclaimed more than two centuries ago. They are the responsibility of all citizens and must be respected by companies and governments. The criminal news of the month of May makes clear the advances that still need to be made”, comments producer Bertrand Dussauge, da KDB Partners.

LUZ NO BRASIL presents the trajectory of Françoise Schein through photos, texts, original drawings, images of several public works in Brazil and in the world, videos, sketches and pieces from the artist's personal collection. The highlight of the exhibition is the work of Estação da Luz, in São Paulo, the first participatory and pedagogical artistic intervention on Human Rights at a subway station in the country, which took ten years to complete and inspired the title of the exhibition. The 16 Luz panels also tell the story of São Paulo, through figurative drawings created by the artist and panels on Human Rights painted by three thousand students from schools on the outskirts of the city. To create historical dashboards, the artist designed an alphabet of hundreds of small screen-printed drawings that can be seen in the exhibition.

Vidigal's projects, the first in Brazil; from Siqueira Campos Station, in Copacabana, the best known in Rio, that presents a map of 200 m2 of the region with Human Rights letters and images of the history of slavery; the work of the Galeria dos Estados subway station, in Brasília, an order from the United Nations Development Program, a large 110m2 panel created with the participation of 1,000 young people from the Federal District; works in several cities around the world and more than 20 participatory public facilities located in disadvantaged communities on the outskirts of Rio, that are part of the project “Enroll Human Rights in 1001 schools", reveal the path taken by Françoise and Inscribe.

André Couto, President of Association Subscribe Brazil, highlights that "the exhibition Light in Brazil presents itself as a double beacon. A point illuminates the path taken by the artist Françoise Schein, from works around the world to those carried out in Brazil, and the other end illuminates the future, a future in which the registration of human rights and full democracy depends on the action of all of us”.

“A work that we are doing, slowly more surely, in Brazilian schools and other parts of the world, is the alphabet of life skills and should be the first thing to be taught to billions of young students around the world. So, will not be teaching you in a playful way, creating works of art for the pleasure of beauty for all and for all, the best way to do it?”, questions Françoise Schein. 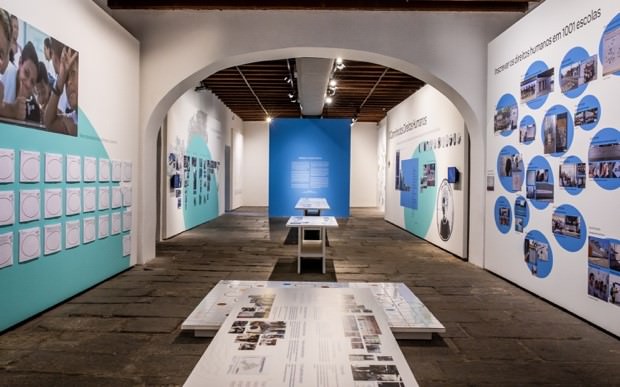 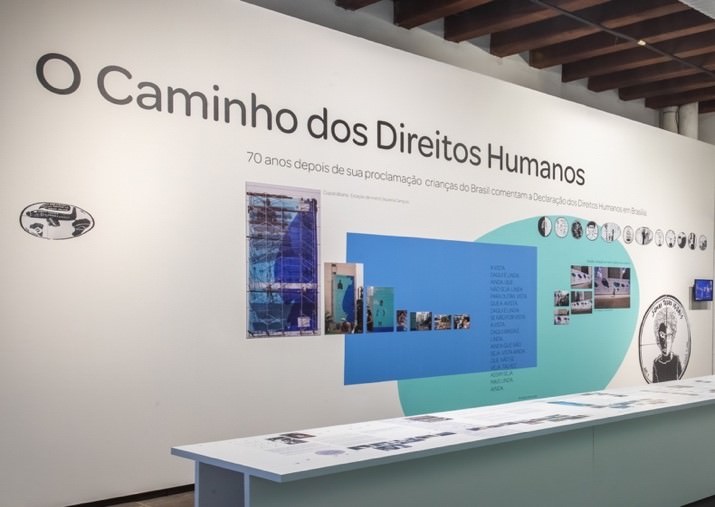 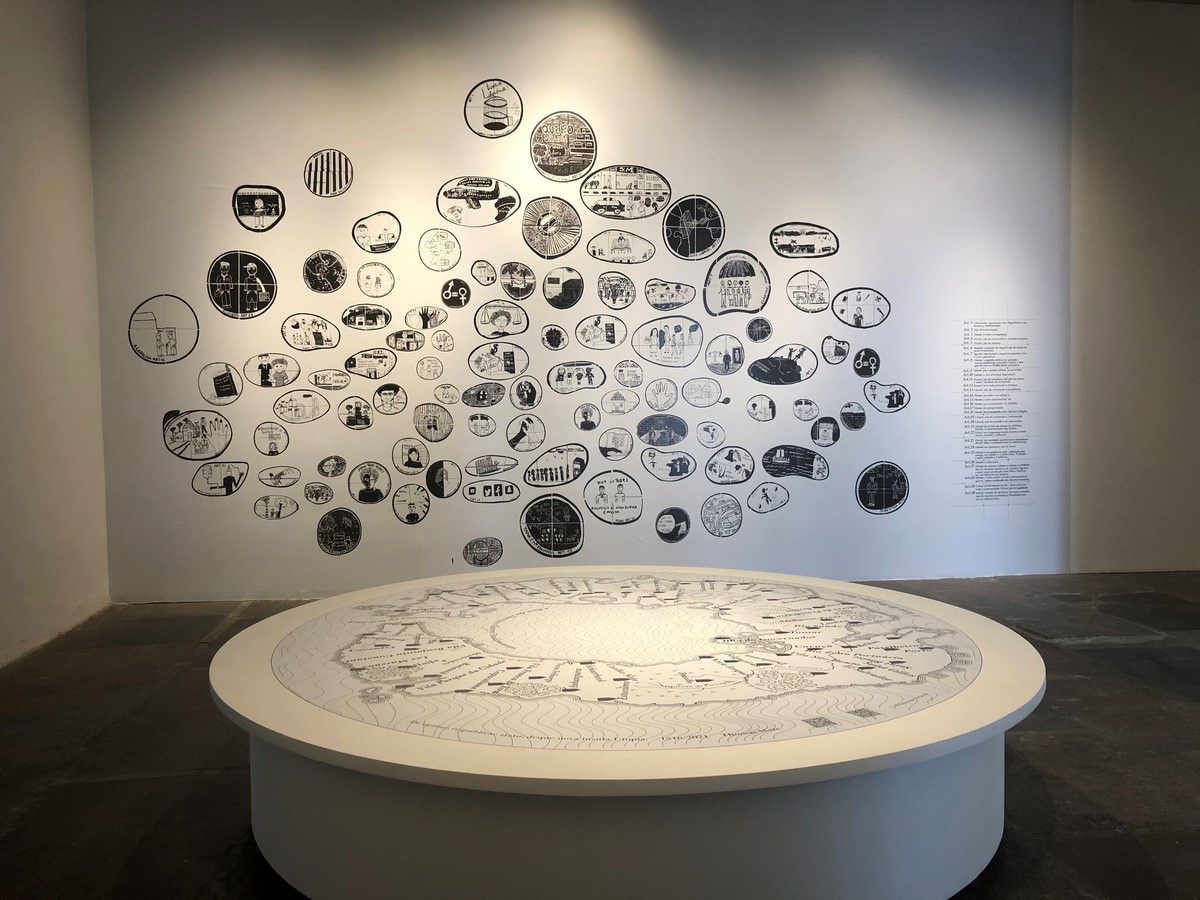 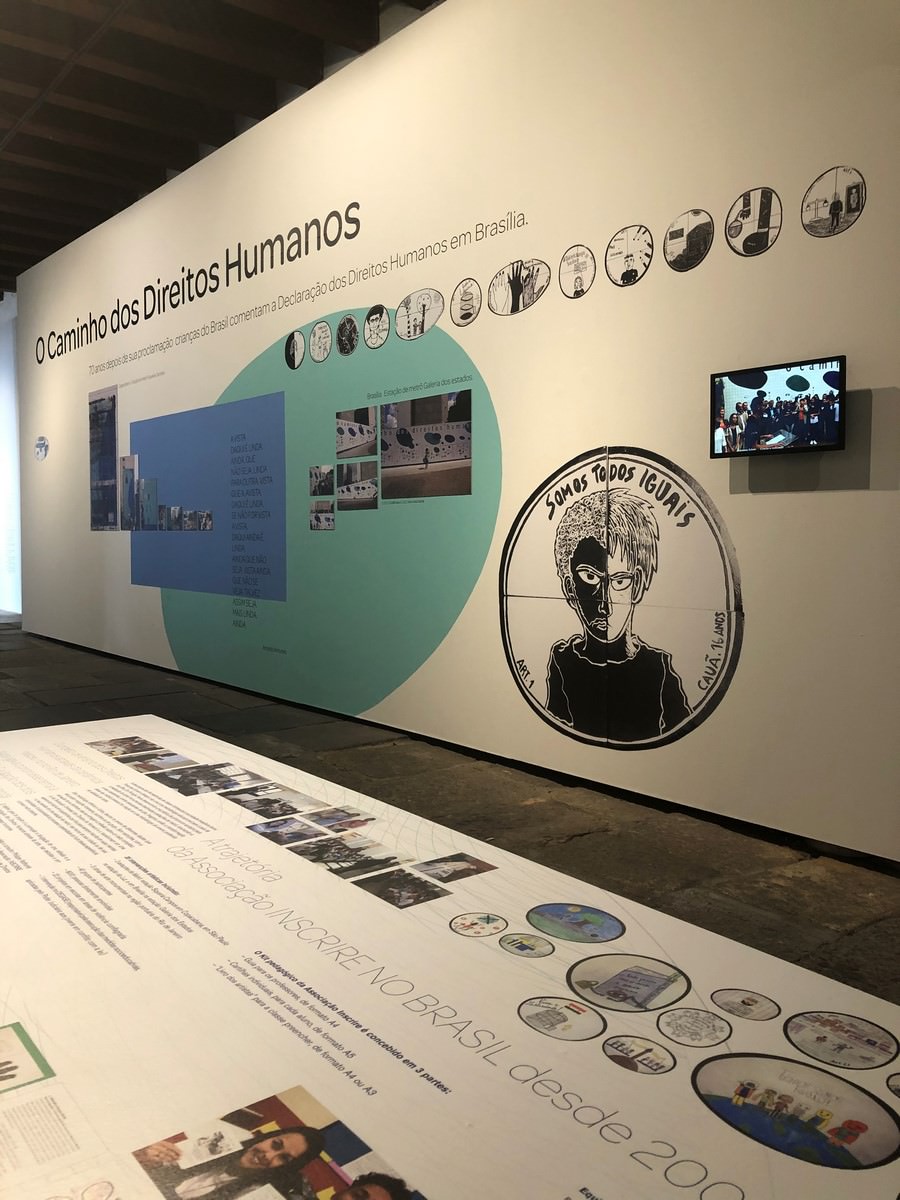 Françoise Schein was born in Belgium, in 1953. Studied Urban Design at Columbia University, in New York, and Architecture, Brussels. He also studied art with Robert Morris at NYU University. Develops large urban works internationally in Europe, United States, South America and Middle East. There are 30 Françoise dedicates a large part of her work to the dissemination of Human Rights in schools and underprivileged neighborhoods. In 1997, she founded the Association, an NGO dedicated to the dissemination of the concepts of citizenship and human rights through innovative participatory works.

Françoise believes in the structural link between delicacy, kindness and beauty. Created a very humane methodology for the pedagogical production of his works, involving the participation of people from the most diverse social classes. Its artistic methodology often uses ceramics as it is easy to use and has a long lifespan.

It's under the cities, at your subway stations, in the parks and on the walls it shows the text of human rights, from 1948, streaked with images, philosophical and literary texts and cartographies of local culture and history, produced with the active participation of local people.

With the Association Sign up or alone, Françoise Schein produced a large number of monumental works including the Concorde metro stations, about the french revolution, in Paris (1989-90); Saint Gilles, Brussels (1992), on human rights and European borders; Park, in Lisbon (1994), on Human Rights and “Portuguese discoveries around the world in the Middle Ages”; The University, in Stockholm (1998), on human rights and global environmental issues; e a Westhafen, in Berlin (2000), on human rights and migration issues.

In your individual artistic projects, Françoise works with multimedia, sculptures, photographs, drawings, artist books and videos. She has already exhibited her work and her collaboration with inscrire in museums in Europe, Brazil and the United States. 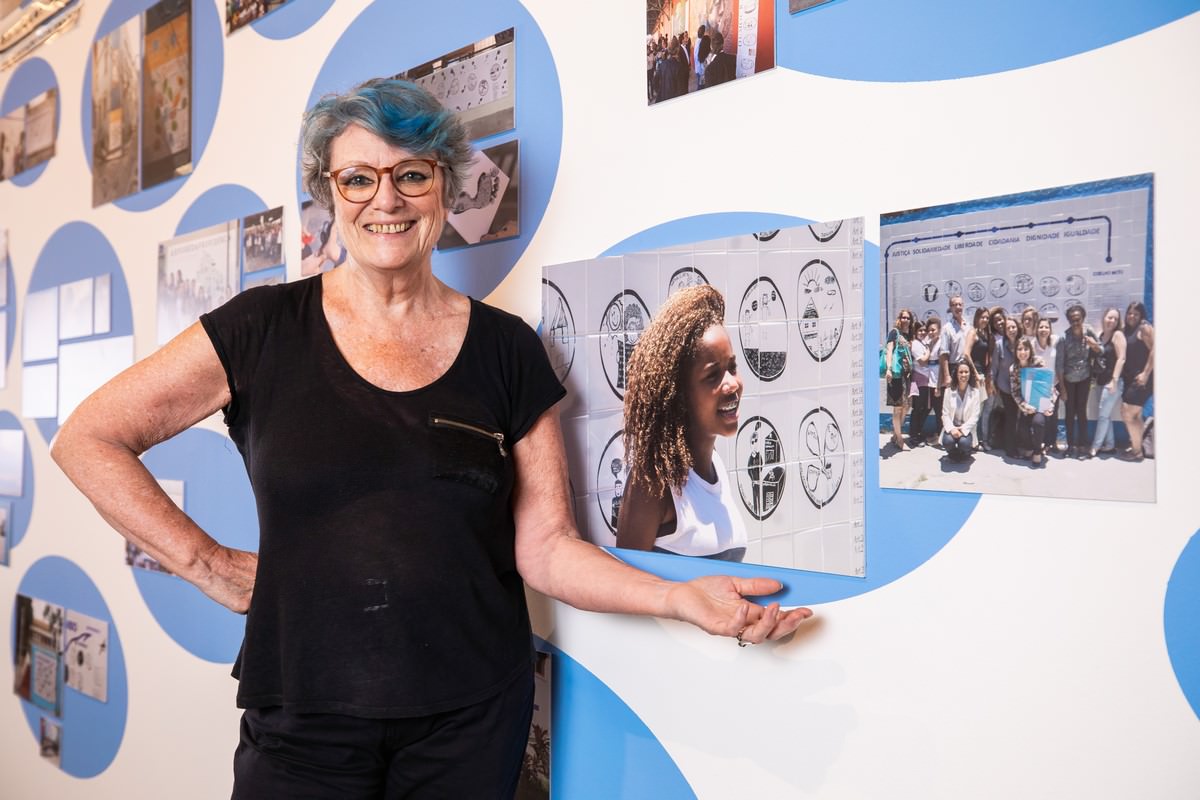 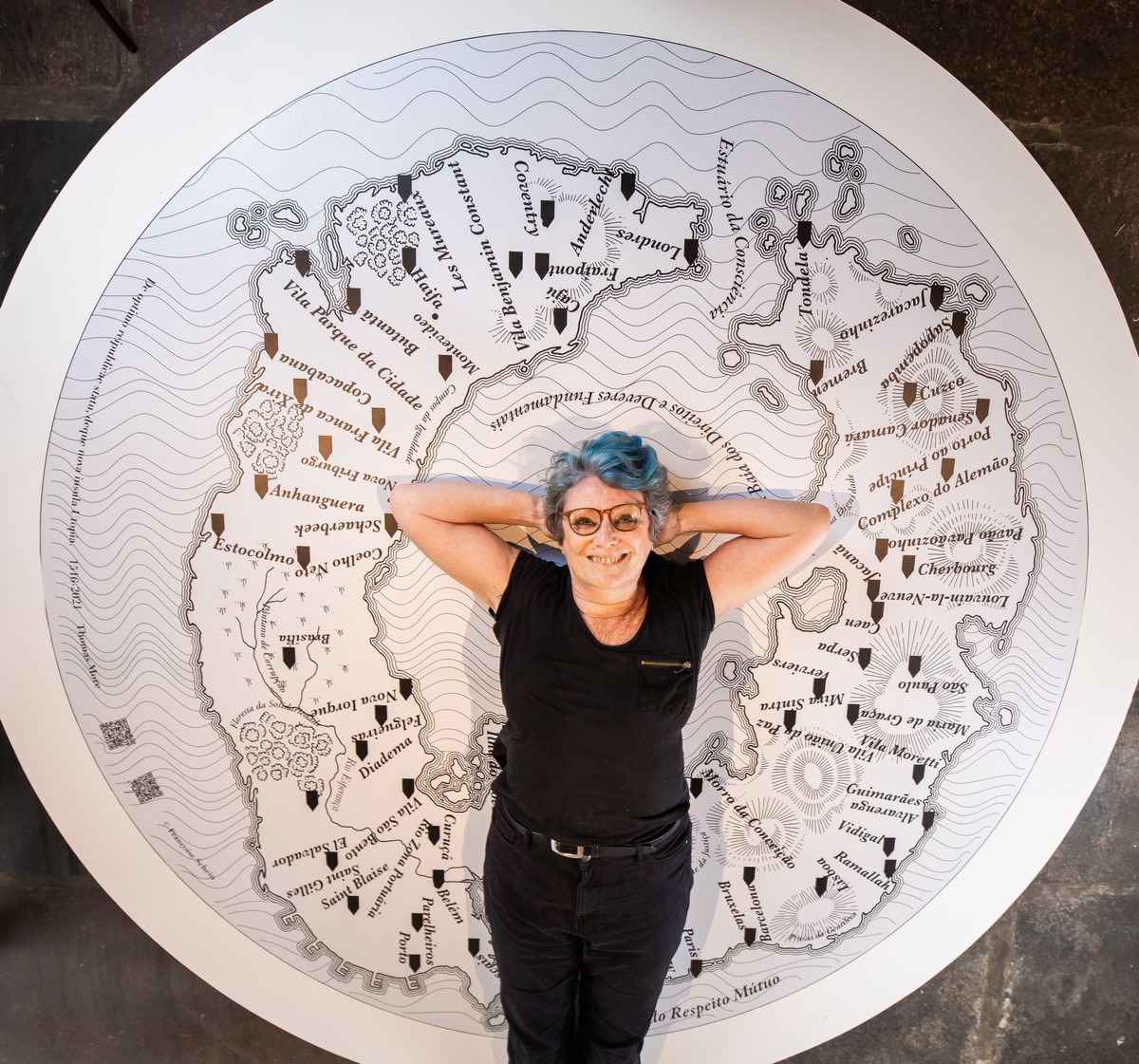 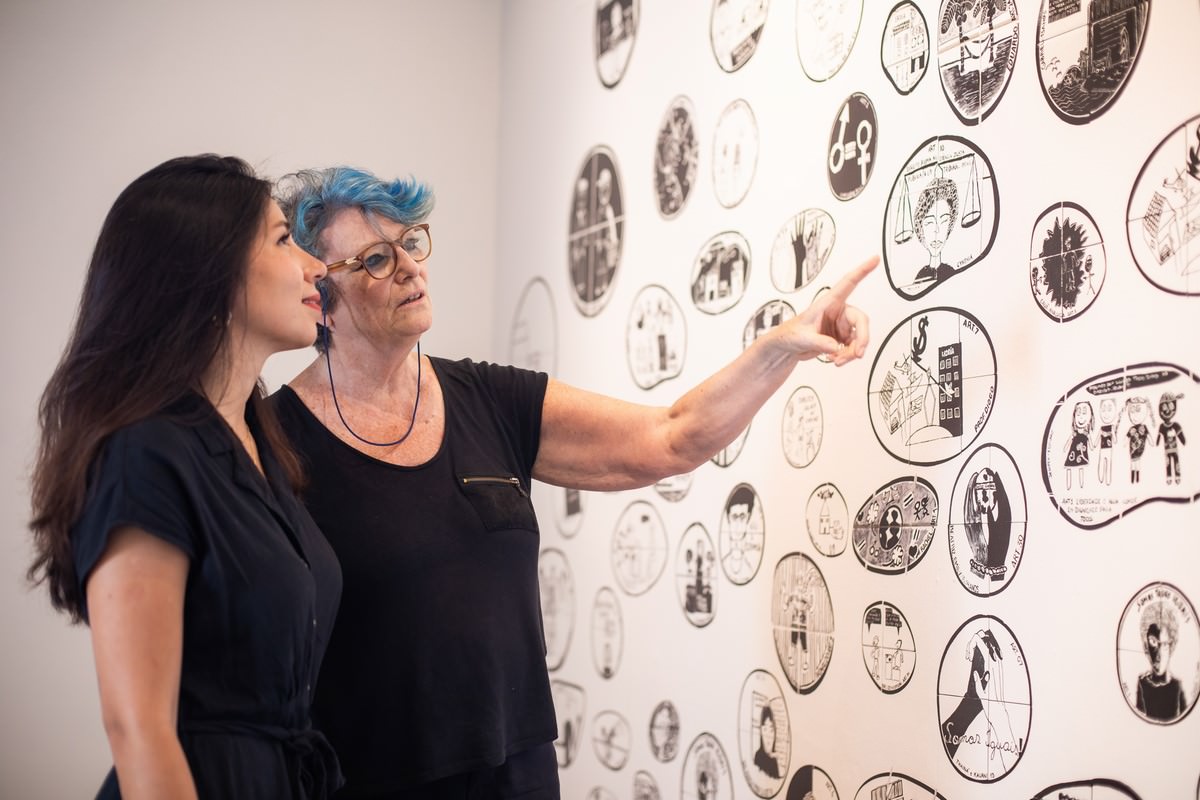 To support the educational action of the association, sixteen drawings about moments in the history of Brazil, made by artist Françoise Schein, are on sale in numbered limited edition. Interested parties should contact the Registrire website.

Previous: Kalima publishing house publishes “O Älememoti”, by André Regal
Next: How to decorate your window and invigorate your home?