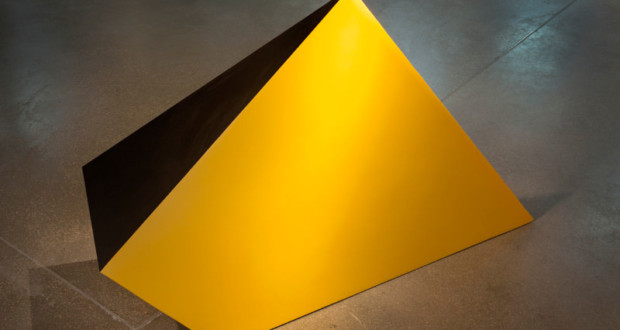 *For the second time, the Cultural Centre of the Court of Auditors welcomes the roaming main prize of Brazilian Visual Arts

*Sérvulo Esmeraldo artist works and more 11 artists included in the exhibition "the intention and the gesture", part of the project art and industry, held alongside the Prize since 2014.

Those who follow the Visual arts environment in Brazil knows: be awarded by CNI SESI Marcantonio Vilaça SENAI Award for the Visual Arts is a gift for any artist. In addition to the cash values, the winners see his works move by all regions of the country, receive critical tracking or curator for a year and, of breaks, Enter the name in the select list of the winners of one of the most important and prestigious awards of brazilian art. From now on, the public will be able to know the Brasília elected the sixth edition of the award. An exhibition featuring the works of artists stay in the winners Marcantonio Vilaça Cultural space of the Court of Auditors (TCU) from 24 October to 22 of december. 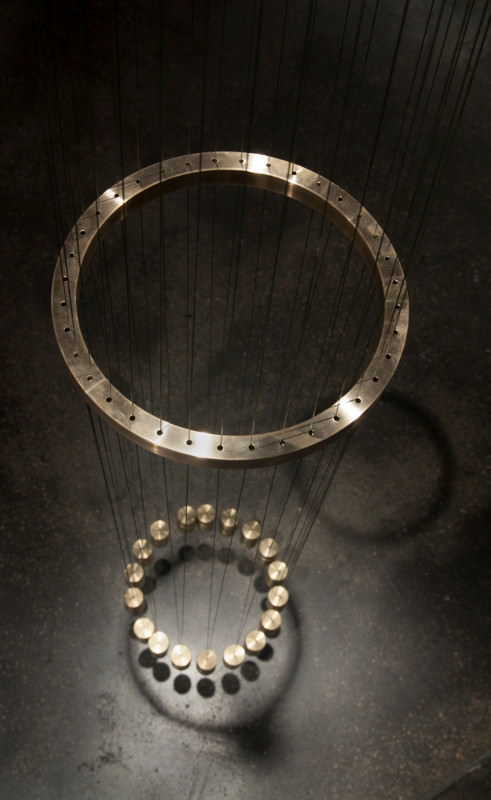 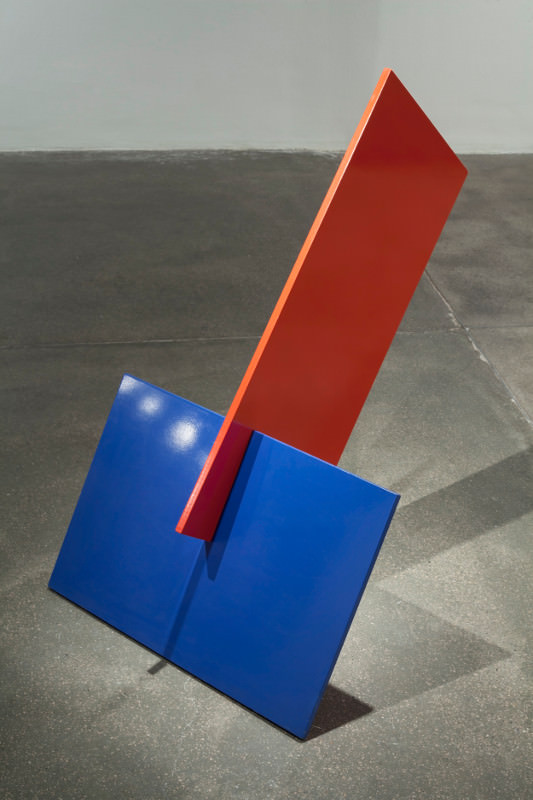 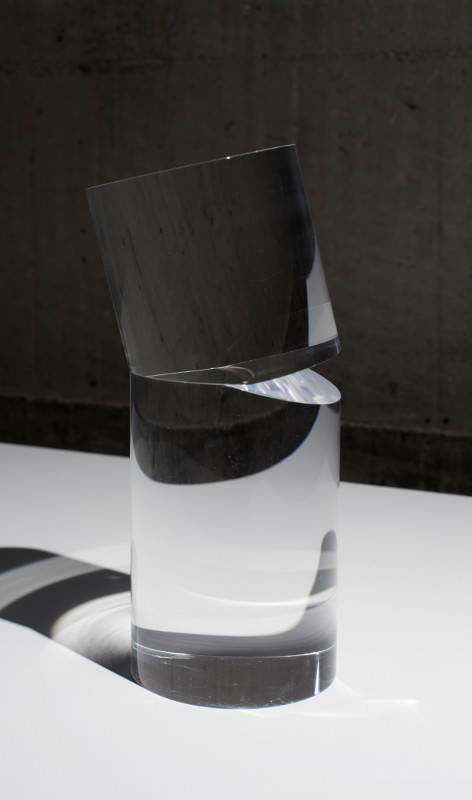 THE AWARD – The CNI SESI Marcantonio Vilaça SENAI Award for the Visual Arts is an initiative of the National Confederation of industry (CNI), the Social Service for industry (SESSION) and the National Service of Industrial learning (SENAI). Considered one of the most traditional and respected awards in the country – pointed to by many as the main prize in the field of Brazilian Visual Arts-, It was created in 2004, and, over six editions, already awarded 30 artists and three Trustees.

Each edition, the award includes five artists, receiving a scholarship to the development of projects and have the production accompanied by a critic or curator of art. At the end of this step, the works created are gathered in travelling exhibitions and, later, donated to the collection of cultural institutions. From the 5th Edition (2015-2016), curators also receive awards, winning a grant to organize an exhibition.

PROJECT ART AND INDUSTRY- In parallel to the exhibition of the award, is performed, since 2014, the 'Project art and industry ', you're in your third edition. According to curator Marcus Otter Costa, the project wishes to honor artists whose creation processes are related to industrial production. After Abraham Palatnik and Amelia Toledo, This time the highlight will be the sculptor, recorder, Illustrator and painter Sérvulo Esmeraldo, whose work reflects the symbiosis between art and industry. The concretist character of the work of the artist and the use of industrial materials combined with the brightness, humor and levity typical of the tropics and so present in his works set the bold and creative thinking necessary for innovation and industry development.

MARCANTONIO VILAÇA- The personality that gives its name to the award was born in Recife, in 30 August 1962. In 1992, inaugurated in Sao Paulo Camargo Vilaça Gallery, with partner Karla Meneghel, that turned out to be the most important reference to brazilian art in the years 1990 and promoting the international projection of contemporary brazilian art. Marcantonio Vilaça died early on 1 January 2000, at 37 years old, in Recife. As recognition of the invaluable services rendered to culture, the Brazilian Government granted him (post mortem) the highest award of the country, the order of the Rio Branco.

CULTURAL CENTER OF THE TCU -Aware of the importance of culture and your influence on our perception of world, the Cultural Centre of the Court of Accounts of the Union maintains a policy of continuous events, providing relevant opportunities society brasiliense access to culture and education actions committed to creativity and the promotion of citizenship. With new facilities, the Cultural Centre of the TCU is part of Serzedello Corrêa Institute (ISC) – Higher school of TCU and is integrated by the Cultural Space Marcantonio Vilaça, the Museum of the TCU Minister Guido Mondin, Educational program of TCU and the Art Library Marcantonio Vilaça, featuring also spaces for technical reserve and an auditorium with capacity for 498 people. The site remains open to visitors the exhibition "TCU-the evolution of the control" of the Museum of the TCU Guido Mondin, that tells the history of the control of accounts since the 13th century, in Portugal, and follow with the creation of the Court in 1890 to the present day.

All the exhibitions that take place in the Cultural Center of the TCU are included in the educational program developed by the Court. This is a permanent project that promotes daily-oriented and planned visits to the Museum of TCU and the Cultural Space Marcantonio Vilaça, providing educational material, lunch and transportation for students from public institutions of education of the Federal District. 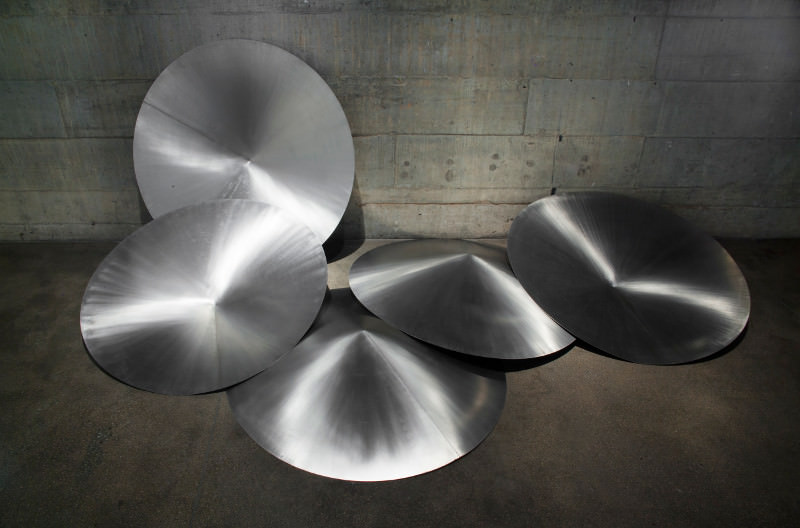 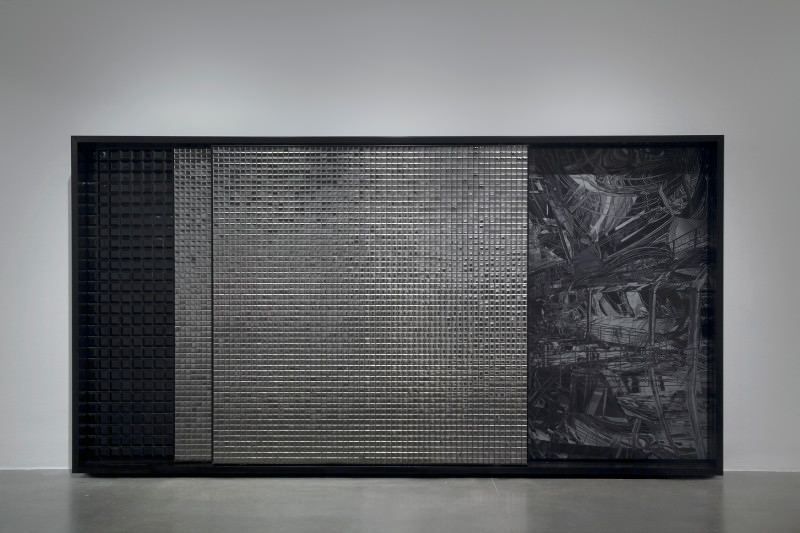 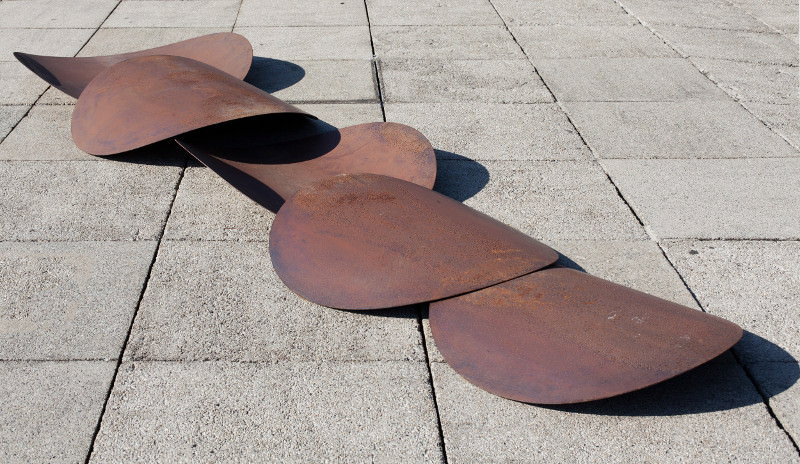 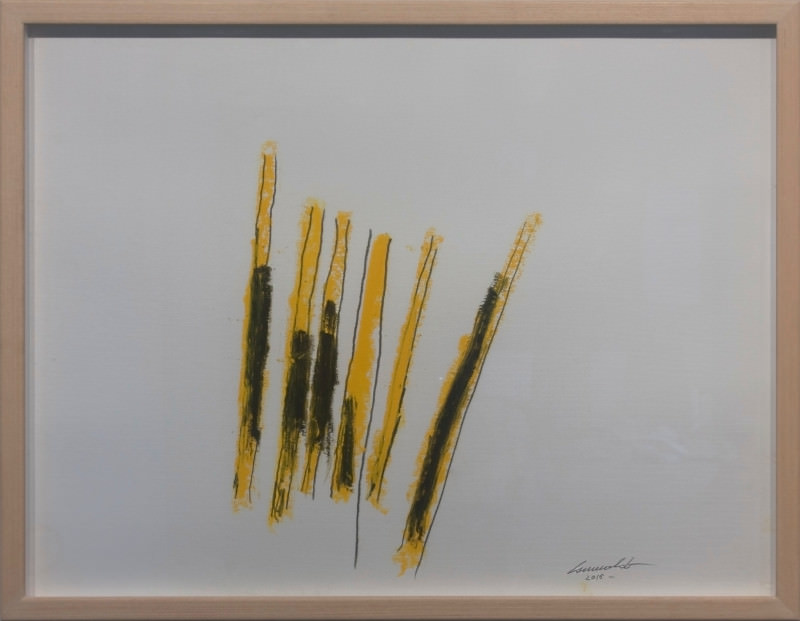 Lives and works in Rio de Janeiro. Master in Visual Languages from the Federal University of Rio de Janeiro and a Bachelor's degree in Social communication at PUC-Rio. Individual has performed in Rio de Janeiro (in the MAM-Modern Art Museum) and São Paulo (Centro Cultural São Paulo). In press conferences, his work could also be seen in Brasilia and in California/USA. Awarded the Funarte Prize for contemporary art 2012, nominated for kite 2011 and 2012, selected for the Short List of "100 Painters of Tomorrow", Publisher Thames & Hudson, 2013, It was winner of the brand new IBEU Art Salon, Rio de Janeiro, 2010. Has works in public collections of the SEA-the Art Museum of Rio de Janeiro and the MAM-Rio.

Lives and works in Florianópolis. Transitions in various languages: painting, sculpture, video, installation and design. Held at the Museum of art of individual River/SEA/2015; Flávio de Carvalho Gallery, FUNARTE, São Paulo; in the Centro Cultural Banco do Brazil Rio de Janeiro, in Tomie Ohtake Institute, at the Museum of engraving, in Curitiba/2000; among other. Participated in conferences held as "MAC in the 21 – The age of artists ", on MAC SP/SP; "10th Biennale of MERCOSUR"/2015; "The color of Brazil", Art Museum of Rio de Janeiro/MAR/2015; "29th São Paulo International biennial"/2010; and "print Club" of MAM Sao Paulo/2009. Received the prize of plastic arts/FUNARTE Marcantonio Vilaça in 2013, 2011, 2010 and 2009; the prize honor Art and heritage 2013; Acquisition Prize, 2Pirelli Young Painting Award in number 1985; Award 4 º Young Art in South America 1984. Has works in important collections as the Museum of contemporary art of São Paulo, Art Museum of Rio de Janeiro (MAR), Museum of contemporary art of Paraná, among other.

Lives and works in São Paulo. Graduated from the Centro Universitário Belas Artes de São Paulo. With jobs, Jaime Lauriano summons the Viewer to examine the structures of power contained in the production of history. In audiovisual pieces, objects and critical texts, the artist shows how the violent relationships maintained between institutions of power and control of the State-as cops, prisons, embassies, borders – and subject shape the processes of subjectivation of society. Among his latest exhibition, individual stand out at the Centro Cultural Banco do Brazil – Rio de Janeiro, Centro Cultural São Paulo, Sesc/Sao Paulo, and conferences as 10TH Bamako Encouters, National Museum, Bamako, Mali (2015), Colonial Company, Cultural Box, São Paulo (2015), Three: Football, adversity and culture of the caatinga, Art Museum of Rio (MAR), 2014. Works in public collections of Pinacoteca do Estado de São Paulo, and the sea – Art Museum of Rio.

Lives and works in São Paulo. Artist who works with photography, video and installation. Design photography, as a way of collecting, is reflected directly in your work, usually organized in series. The artist mixes photos with other forms of expression and often takes them to the installation. Works with different scales and the faces in your pictures. The exhibitions held at the Instituto Tomie Ohtake, in the Centro Cultural São Paulo and in the House of the image (2012), and participation in the 24th and 29th São Paulo International biennial (1998 and 2010), in the 6th and 7th Bienal de La Habana (2000 and 2002), in the Centro de Arte Reina Sofia (Madrid, 2000), at El Museo del Barrio (New York, 2001) at the 11th International Architecture Exhibition (Venice, 2008), on the I Bienal del Fin del Mundo (Ushuaia, 2008), the first triennial of Masp Photography/Piirelli (2013), among other. 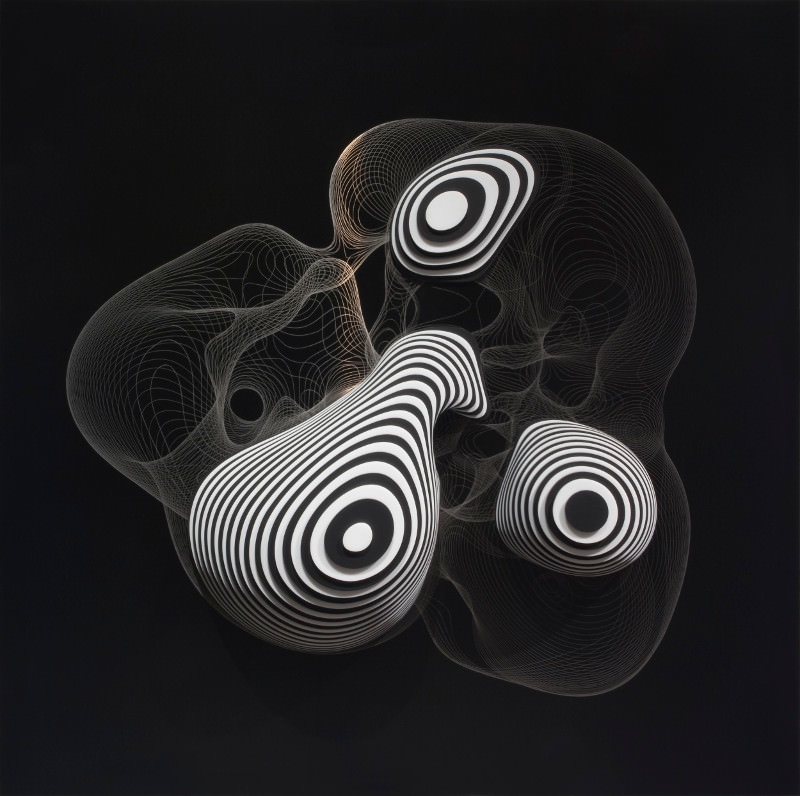 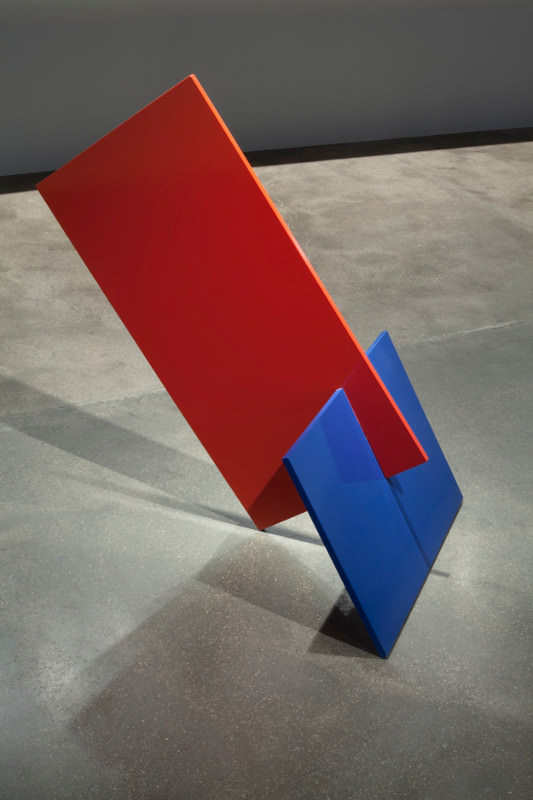 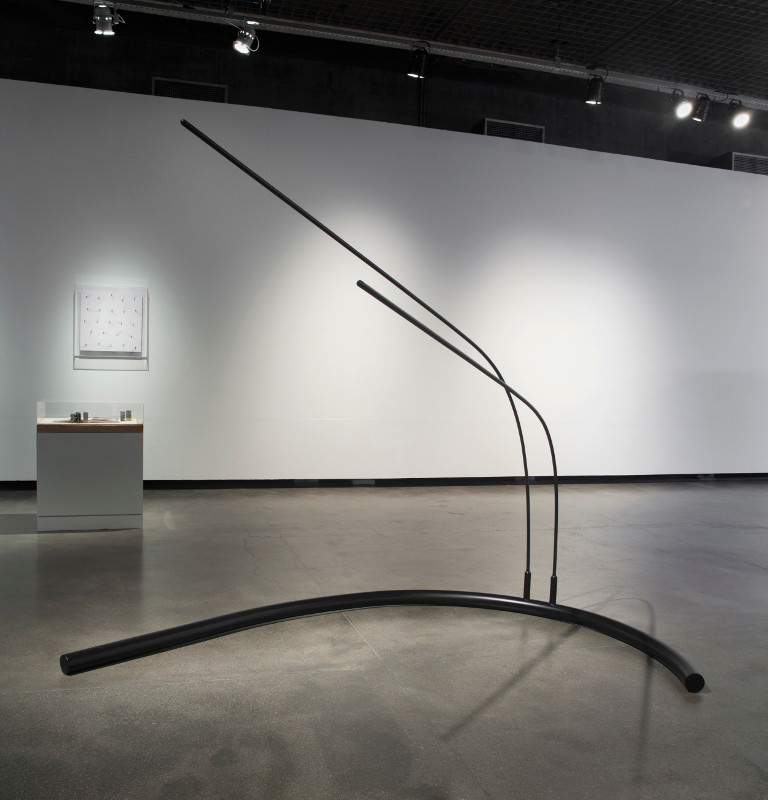 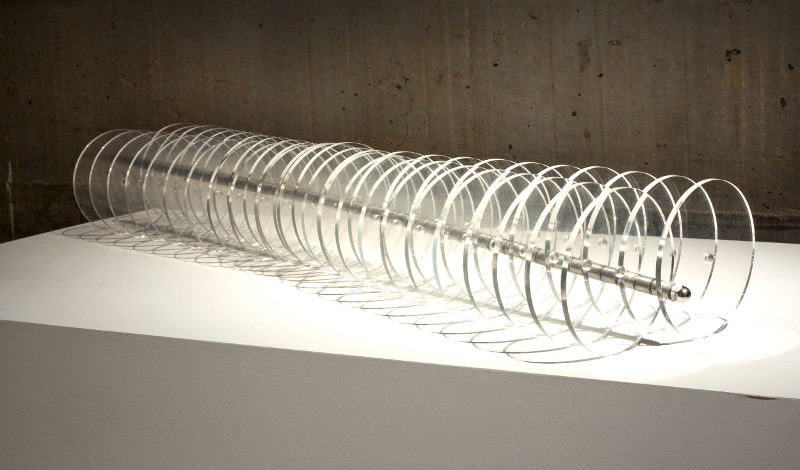 SÉRVULO ESMERALDO (Crato/EC, 1929 -Fortaleza/CE, 2017) -Sculptor, recorder, illustrator, painter, I started your path by woodcut. In the 1950, He worked as a writer and Illustrator for the newspaper Correio Paulistano. In 1956, He founded the Museum of Engraving, in the town of Crato, Ceará. In 1957, presents a solo exhibition MAM – Museu de Arte Moderna de São Paulo. Already at the time, his works revealed, According to the art critic Frederico Morais, a greater interest by the way than by theme. Sérvulo already started your path towards abstraction. Progressively, will turning to constructive production and irregular shapes. Still 1957, go to Paris to study. Lives in France by the year 1978. There, start working with etching. In the mid- 1960, integrates with kinetic art movement, making the series Excitable, with frames and objects moved by static electricity.

Upon returning to Brazil, fixed in Fortaleza and starts working with lacquered steel plates, producing sculptures with plans bent and painted. In 1978, creates the international exhibition of Ephemeral Sculptures, in the capital of Ceará, of which he was curator of 1986 to 1991. In 1981, performs a series of white pieces in which enlists leaked geometric shapes. In the 1990, among other works, does reliefs in which strict lines in two-dimensional surfaces Groove of steel. In 2001, radicalizes the principle. Works with regular steel lines, with which draws three-dimensional geometric shapes in space.

In 2011, the Pinacoteca of the State makes a retrospective of your work. Sérvulo Esmeraldo's work integrates the acquis of the main museums of the country, In addition to public and private collections.