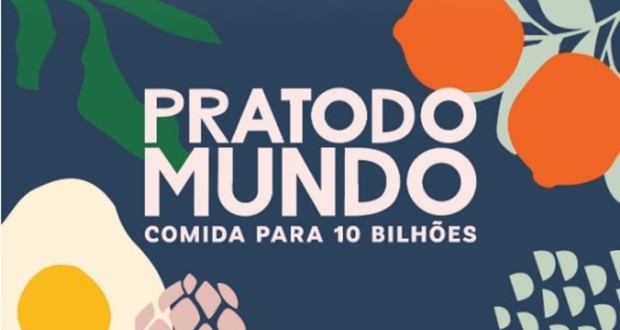 Announcement of the winners was made on Tuesday, day 18 of June, in Copenhagen, Denmark. Museum has won the award three times, highlighting innovative initiatives and excellence of museums and cultural centers around the world

The exhibition "Pratodomundo - Food 10 billion"I won the bronze medal at the Grand Prix (former International Design & Communication Awards – IDCA) in the category Exhibition Design Temporary. The announcement was made on Tuesday, day 18, in Copenhagen. The award is given to the most innovative and creative initiatives of museums and cultural centers around the world. They competed with the museum's temporary exhibitions Natural Sciences Museum of Belgium and the Boston Fine Arts Museum, in the United States.

Inaugurated in 12 April at the Museum of Tomorrow, "Pratodomundo" has been visited by more than 65 thousand people. From the question of how we feed 10 billion people, the estimated number of the population in the decade of 2050, with diversity in production, respect for the environment and nutritional quality, the exhibition presents the challenges of climate change, reduced biodiversity, as extreme hunger and obesity and the unequal distribution of food. But also aims to encourage the public to know and to reflect on possible solutions, as cultivation in unexplored regions (tundra, oceans and deserts), and the consumption of foods such as seaweed, insects and plants.

"Having been recognized by the award of the Grand Prix only brings recognition to the quality of work done by the Museum of Tomorrow team, since Pratodomundo was made by IDG team, which is the institution that manages the museum and its programming. This attests to the continuity of the work done since the opening and indicates that we are following in the path of excellence for exhibitions and programming of a museum focused on science challenges for the future, among them as food 10 billion people with nutritional quality and sustainability, creating this dialogue with the main themes of this museum. It is a joy to have this recognition, little more than a month of the exhibition opening ", celebrates Leonardo Menezes, exhibition curator and Content Manager Museum of Tomorrow.

The exhibition “Pratodomundo” It was organized by the Museum of Tomorrow, under the management of the Institute of Development and Management. Sponsorship Carrefour and IBM support, both through the Federal Law on Cultural Incentives. Support Food Hidden and Isla Seeds and content partners to the United Nations Food and Agriculture (FAO), Embrapa and Agence France Presse.

A Museum of tomorrow is a museum of applied science that explores the opportunities and challenges that humanity will face in the coming decades from the perspective of sustainability and coexistence. Opened in December 2015 by the city of Rio de Janeiro, Tomorrow Museum is a cultural facility of the Department of Culture of the Municipality of Rio de Janeiro, under management Development and Management Institute (IDG).

successful example of partnership between government and the private sector, Tomorrow Museum has received over 3,2 million visitors since opening. With master sponsorship of Banco Santander and a wide network of sponsors that includes companies such as Shell, IBM, IRB-Brasil RE, Engie, Grupo Globo, CCR's Instituto Intel, the museum was originally designed by the Roberto Marinho Foundation.

A IDG - Institute for Development and Management It is a non-profit organization specializing in managing public cultural centers and environmental programs and is also active in consulting for private companies and the implementation or development of cultural and environmental projects. Currently accounts for managing the Museum of Tomorrow, in Rio de Janeiro, Paço do Frevo, in Recife, as operational manager of the Atlantic Forest Fund and as a director of conservation actions and consolidation of the archaeological site of the Valongo wharf, in the port area of ​​Rio de Janeiro. Find out more www.idg.org.br

In 2015, the United Nations (UN) created Agenda 2030 with 17 Sustainable Development Goals (ODS), that must be implemented by all countries of the world to 2030. With the pillars of sustainability and coexistence, Tomorrow Museum is committed to the realization of this agenda, providing for eradicating poverty and hunger; protect the planet from degradation through sustainable consumption and production; ensure prosperous life and personal fulfillment of people through economic progress, social and technological, in harmony with nature; and promote peace. To learn more about each ODS, visit the UN website: nacoesunidas.org/pos2015/agenda2030/.