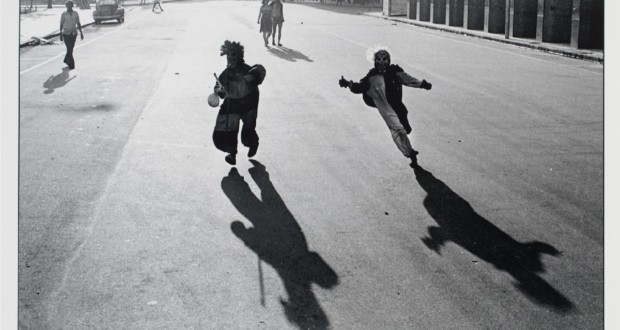 The Museu de Arte do Rio, under the Institute's management Odeon, opens to the public on Saturday, day 18, with free entry, the exhibition "Street!”. Occupying a pavilion room, the group show brings together about 80 works, between photos, videos, graffiti and sculptures - by artists such as Carlos Vergara, Evandro Teixeira, Paula Trope, Guga Ferraz, James Phillips and Tia Lucia, among others - that make up the collection SEA, and five graffiti artists invited to create works especially for the exhibition - Panmela Castro, Cruz, Rack, Branch Collective Black and I love MP. The curator is signed by museum staff, coordinated by Marcelo Campos.

Among the highlights of the show is a sound installation made by artists Guga Ferraz and Daniel Castanheira: one ramp skate nine meters in length that will be mounted in the center of the room, coupled to a sound system that amplifies the sounds produced by skateboarders. Collective of the city and athletes can register to use the ramp throughout the season.

The exhibition reinforces the SEA vocation to discuss social issues of cities and put the art in dialogue with the culture of the streets. "The street vibrates with the pulse of the city, of passers, that they see in different ways through reclames, the voices, and the traffic, mainly, the invention languages. From these attitudes and gestures, the collection of the museum dialogues and divides the display into four sections: deambulações, ruins, violence and demonstrations. Thus, the project results in the sum of curatorial gestures that merge into artistic mergers, opening the exhibition room to the street, to their uses and counter-uses, in rhyme battles, vogues, street dances e slams, among others ", says Campos.

From the 4:00 pm, BNegão boot sound to animate the audience with a libertarian DJing, with the best of the dance hall, bass national and Afrofuturism. The term "sound boot" was used by musician and activist Marcelo Yuka to designate people who are not DJs, but who enjoy DJing. The party goes on stilts until 18:30.

Previous: Philosopher points out that fear of change is one of the main obstacles to create new opportunities
Next: Ema Klabin House Museum reopens on anniversary week 466 years of São Paulo