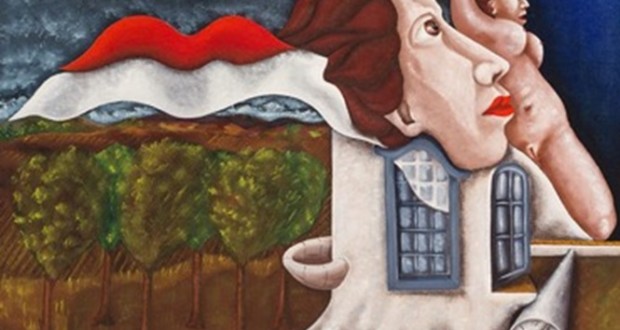 A Gallery Evandro Carneiro Art presents 27 April to 25 de Mayo to exposure Tobias Marcier. The show, which will bring 45 works, being 28 acrylic and 17 watercolors, It is new to the public. Just now, 37 years after the premature death of the artist, his brother Matias met the works that were scattered collections over that period, choosing Evandro Carneiro Art Gallery to perform exposure. Son of artist Emeric Marcier, Tobias characterized by its fantastic paintings and portray scenes and street characters, festivals and warehouses in the interior of Brazil. The Artist, at the time considered a promising name in the visual arts, He participated in group and solo exhibitions in Brazil, especially for individual occurred in Bonino Gallery (Rio de Janeiro, 1973 and 1975) and Guignard Gallery (Belo Horizonte, 1977), who had great repercussion of public and criticism.

Tobias Mercier was born in Barbacena, MG, in 20 March 1948. From an early age proved to be inventive and interested in art, helping his father in the studio and crafting their own toys and tools. According to his brother Matias, the artist "played only, picking up pieces of iron rebar, in which he tapped with a hammer until turning chisels, and tip that low sculpted reliefs solid bricks, soap stone, timber etc.. Hence leaving ducklings, birds and other things, which referred to rock art.” (oral interview, 2019).

In 1964, so with 16 years and autodidact, had his talent recognized by the famous bookseller Trajan New Art Gallery Coltescu (no Copacabana Palace), where he exhibited his sculptural work very successfully. Some time later, He began to share his residence between Rio de Janeiro and Barbacena. Since 1968 Tobias dipped in paint, revealing, also, huge fitness and creativity. Painted increasingly, mostly in acrylic paint on canvas, themed figurative and dreamlike landscapes. At this time, participated in group exhibitions in galleries Irlandini (1969), Montmartre (1970) and Petite Galerie (1972). In the same period, founded, along with Hugo Bidet and other artists, the Art Fair Pça Gal. Osorio, today transformed into diversified Fair Hyppie, who no longer holds the same characteristics of that original, when I met good artists selling their works.

In 1971 came an order made by the architect Edison Musa, a sacral pathway wood, performed to St. Louis College, in Av. Paulista, in São Paulo. His selfless dedication to this work "left the floor with its conjugate 20 cm mahogany chips Slots " (Matias told us, 2019), Tobias doing realize that the sculpture demanded large spaces, difficult for a young artist in the big city. In addition, there was in Rio de Janeiro plenty of soapstone that is in Minas, its preferred material for carving.

passed on, then, to paint more and more until, in 1973 He held his first solo exhibition, in Bonino Gallery, with expressive paintings, as the screen "Allegory of Spring", now exposed in the Gallery Evandro Carneiro Art, among other 44 works of the artist. In 1974 He participated in group at the Art Stock Exchange and the Petite Galerie. The following year, another solo show at the Bonino consecrated as "fantastic narrative painter" (Antonio Bento, 1973, Catalog of the first exhibition of the artist in Bonino Gallery). This made 1975, We highlight the presentation of Roberto Correa Alvin in the exhibition catalog and the work "Woman", also restated here. Held, yet, an individual in the Guignard Gallery, in Belo Horizonte (1977), with great success of critics and audiences.

Despite the undeniable fantastic dimension in his work, Tobias also characterized by portraying scenes and street characters, festivals and warehouses in the interior of Brazil. In addition, Walmir Ayala reminds us that it was a 'attention to the first voices, like your father, but with the prodigious freedom to have known shed this hearing in personal vocabulary and renovated…” (Walmir Ayala, 1979, Artist Catalog of the exhibition at the Gallery B 75 Concorde, his last life).

In other words, Tobias was a painter with own style, a promising career and many plans for new projects. In 1982, would make a new exhibition at the Concorde B75 in Rio, one in Santa Catarina, organized by George Racz and two in France (Paris e Grenoble), through its dealer then Paulo Fernandes, when a target fatality stopped. He died of a massive heart attack, at the age of 33 years. The shock was so profound that only now, 37 years later, his brother Matias "had soul", as he says, to gather and present to the public his works that were scattered collections over this period. And chose Evandro Carneiro Art Gallery to exhibit 45 Tobias jobs, being 28 acrylic paintings, 14 watercolors and three drawings. Worth revisiting this great artist!