The Museu de Arte do Rio – MAR, under the management of the Institute with the support of the Odeon and Repsol Sinopec Brazil, Opens the shows "Dja Guata Porã | Rio de Janeiro indigenous ", a path between history and contemporaneity of indigenous cultures in the State. Designed by the team of research and education of the sea and under curated by Sandra Benitez, José Ribamar Bessa, Pablo Lafuente and Clarissa Diniz, "Dja Guata Porã | Rio de Janeiro indigenous "was conceived from the collaboration of people, villages, movements and indigenous people who reside in the State and in the capital from Rio de Janeiro. It is a reflection on the indigenous reality in Rio de Janeiro today, as well as about the past that washed up in this present. 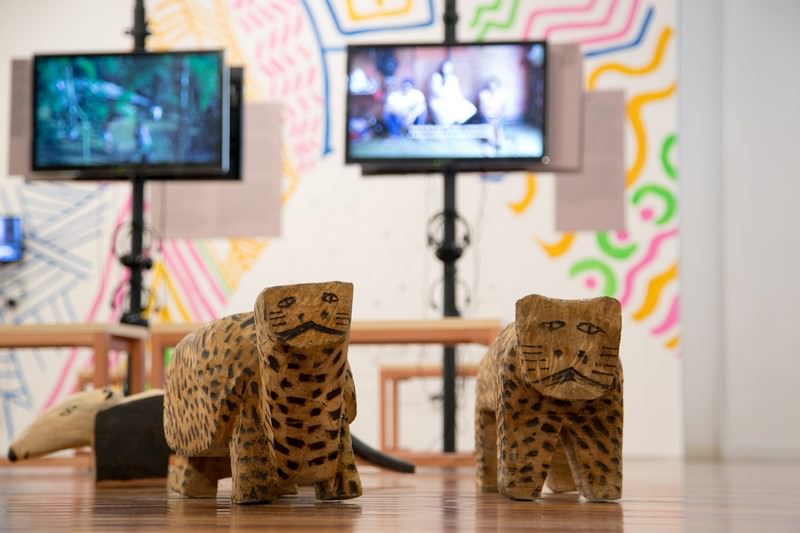 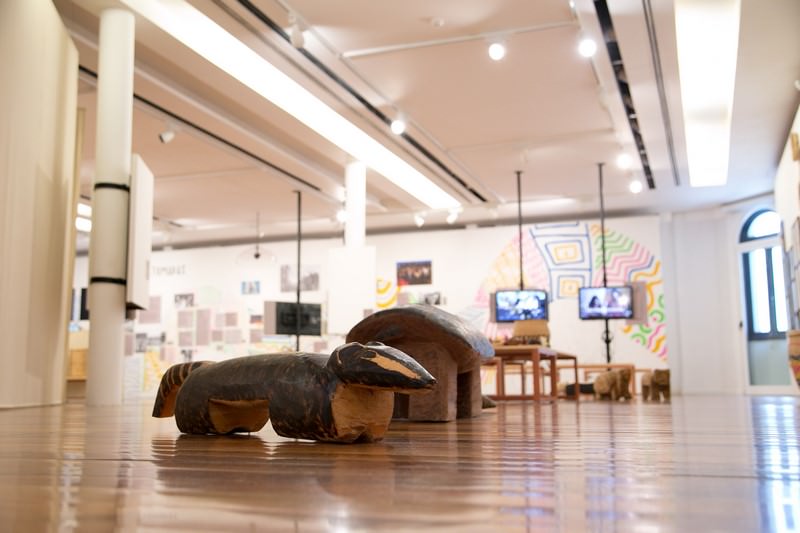 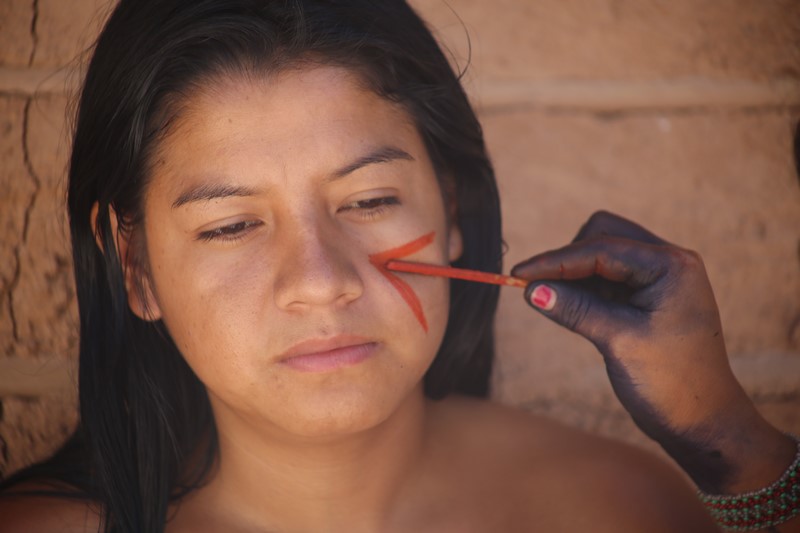 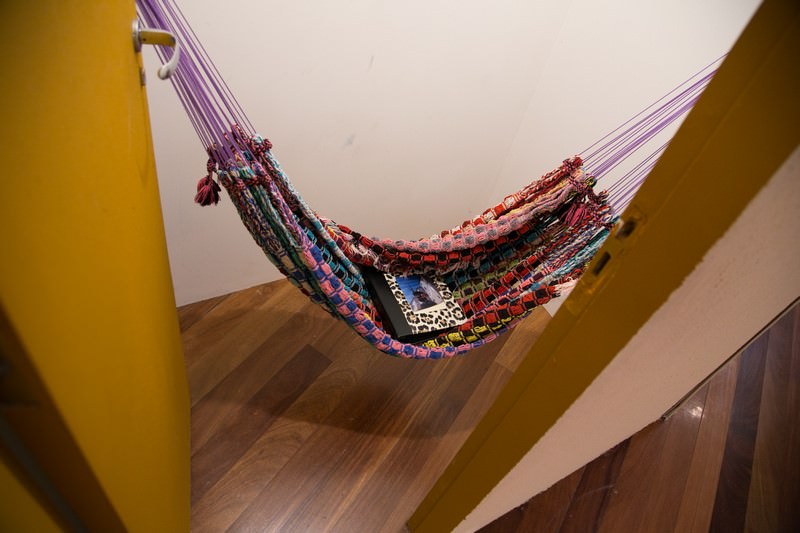 There are many places in the State that point to indigenous history and current events in the region: Sepetiba, Cachambi, Tijuca, Catumbi, Ipanema, Guaratiba, Inhaúma, Jacarepaguá, Irajá, Paraty, Itaboraí, Niterói, Itaguaçu, Itatiaia… Not just by the names, but fundamentally the culture and history of the river, because much of the "be carioca" is inseparable from your Indian heritage-the term itself "carioca" comes, According to ethnographic records, the village tupinambá Kariók, located at the foot of what is now the Outeiro da Glória. This presence, However, It's not widely visible, not recognized. The indigenous history of the Rio de Janeiro still hidden, silencing the presence of indigenous peoples and your enormous contribution to our everyday life and our ability to imagine the future.

The exhibition is divided into different clusters and presents to the public about 260 pieces – between videos, photographs, mockups, objects, installations and drawings-, among other innovations created by indigenous people to the exhibition, crossed with documentation and historical iconography about some of the most important issues of this memory, works that will be in the galleries and (B) 3° floor of the exhibition hall. 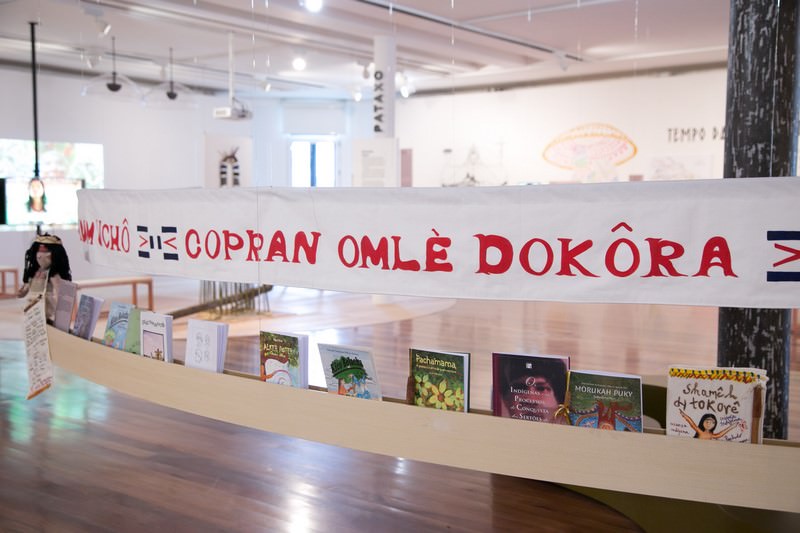 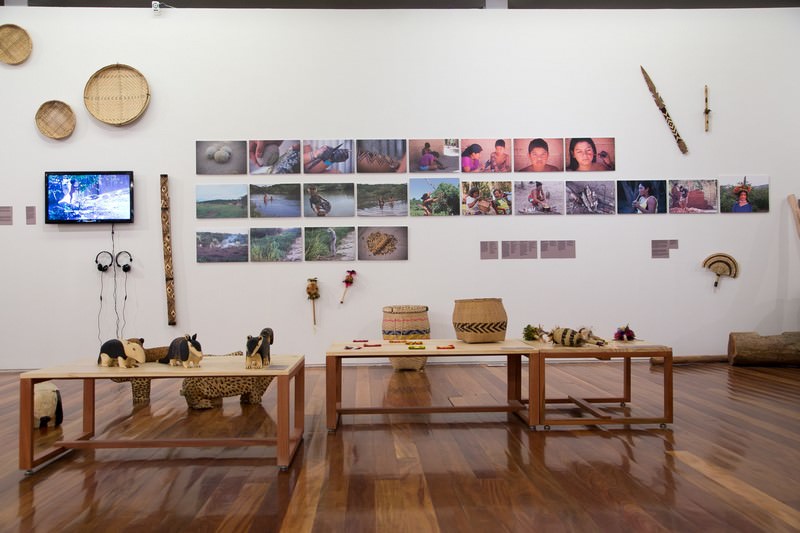 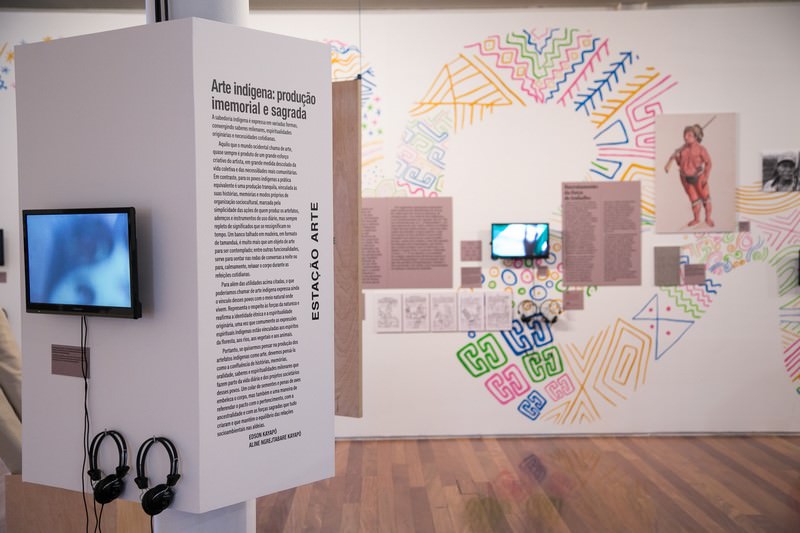 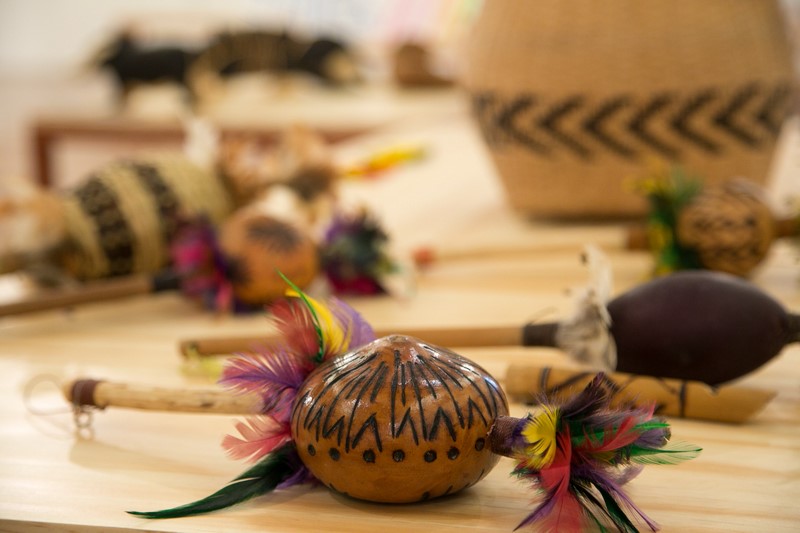 With the exhibition, the public will have the opportunity to experience a history lesson and integrate with native news in Rio de Janeiro. A timeline, Snake-shaped, will show, clearly, texts, images and documents pointing to relationships, often violent, between the colonists and the indigenous peoples. The snake comes as protagonist of narratives of origin of various peoples, warning-in, through the myths that brings, other historicidades and possible futures. In its path, the reptile traces a path of fate uncertain, built as a potentially infinite process, crossed by fighting, resume, proposals and hopes.

The timeline concepts contextualizará, periods and events, while four cores shed light on indigenous peoples that inhabit the State today: Guarani, Puris and Pataxós, who live in the urban context, the example of the village Maracanã, and that are part of our culture and society. Each core will present important aspects of their lives, of spirituality to the economy in Rio de Janeiro. 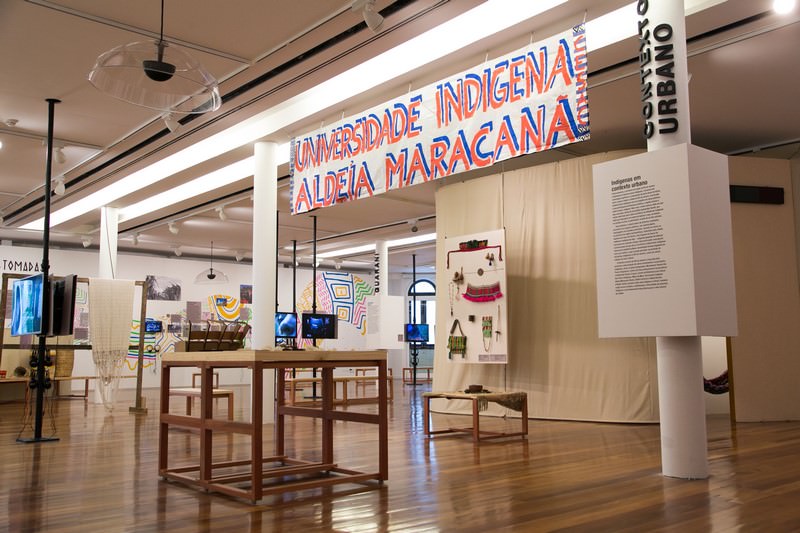 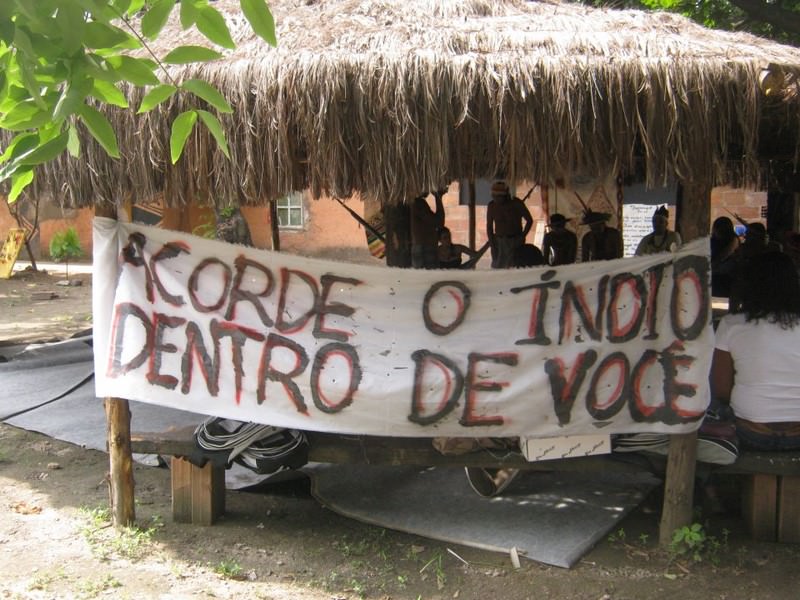 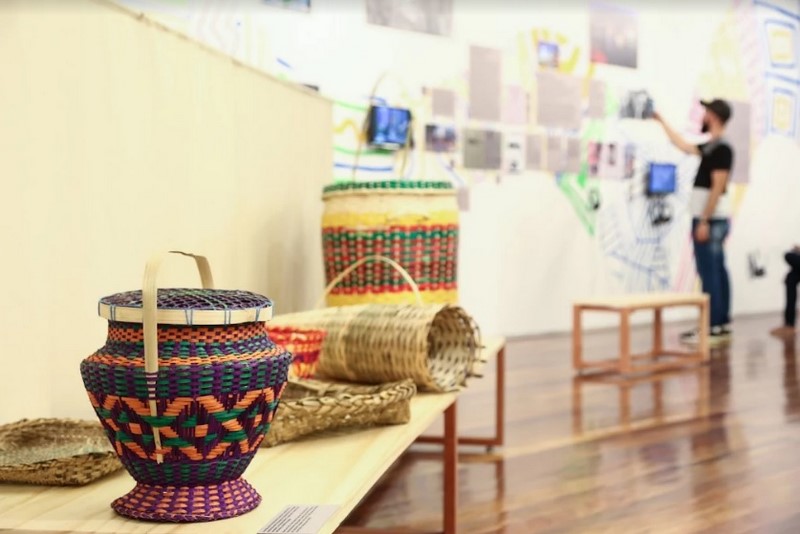 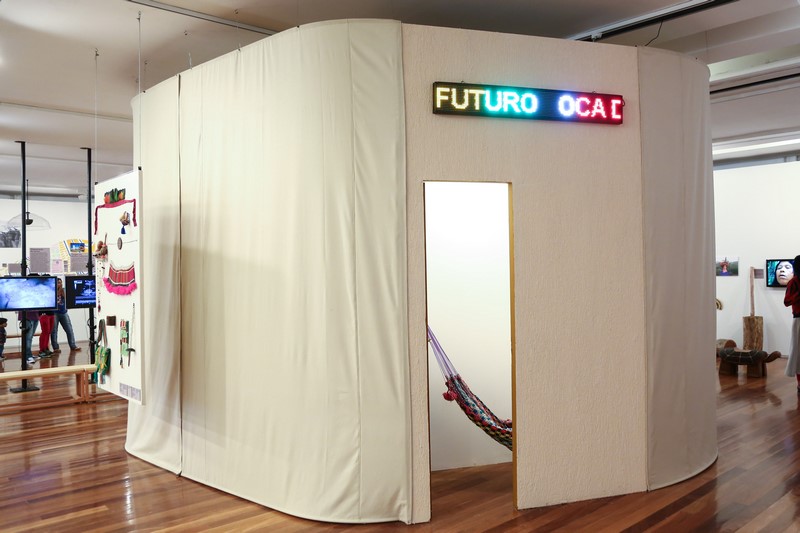 At the same time, five stations designed in collaboration with Joshua Kaingang, Eliane Potiguara, Anari Pataxó, Tony Sun and Edson Kayapo, exhibit themes crossing times and people, denoting your relevance to the cultural history and resistance of indigenous peoples: trade, art, education, women and nature. The latter is outside the exhibition space, in an occupation at Praça Mauá, with a growing community garden under indigenous care. The subjects of the seasons are, at the same time, resistance of cultures and territories of indigenous rights, from which they relate and negotiate with the non-indigenous.

Thus, as you can see the sound installation that will receive visitors on the catwalk of access to Exhibition Hall, "Dja Guata Porã" summons and search the polyphonic dimension of cultural diversity of the people who did and do the story of Rio and Brazil.

"Dja Guata Porã" Dja Guata Porã | Rio de Janeiro native is also a collective learning path, in the exchanges between all those involved, formed the intentions, languages, urgency and joints. The title of the show in Guarani in points to a collective construction, a path to walk together and oriented towards the future. 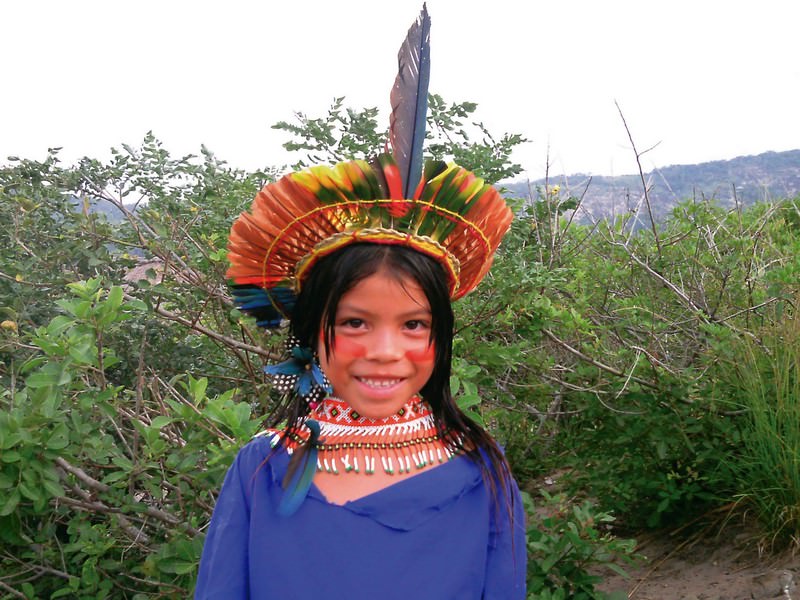 The School has the look Fecomercio System RJ, through the Sesc, institutional partner, and has the Banco Votorantim and the Prodiel as supporters. A Brookfield supports educational visits. The MAR program at the Academy has the support Dataprev and Amil One Health via Municipal law of incentive to culture, and Aliansce via the Rouanet law.

The Sea also has the support of the State Government of Rio de Janeiro, and completion of Ministry of Culture e do Federal Government of Brazil by Federal Law for Promotion of Culture.