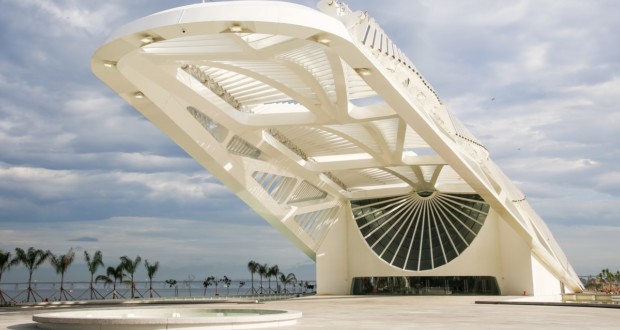 How many streets in our city are baptized by female names? How many monuments dedicated to women? This Saturday, day 7, the Museum of Tomorrow begins the program of the International Women's Day with the project "Girls 10 years ", who, in this issue, promotes debate "The city – feminine noun ", from reflections on the presence and the place of women in society. The program, mobilized by the schedule 2030 proposed by the UN, bet on the power of the encounter between girls and women in order to break stereotypes, propor engajamento social e fomentar valores como sororidade, empathy, identification and trust.

The project promotes activities on gender issues, tendo como premissa a compreensão dos papéis atribuídos a homens e mulheres e como foram historicamente construídos. The girls will interact, for example, with a puzzle that brings images of important women in history, Silveira as Nise, Tia Ciata, Cecilia Meireles, Mercedes Batista, Marielle Franco, Maria Lenk, Elza Soares, among others. At the end, They will attend a workshop for making street signs with the names of women who inspired them in community life, school and even during meetings at the museum.

The "Girls 10 years "which had its first edition in 2017, It is an offshoot of the Seminar "10 girls in the construction of tomorrows" held at the Museum of Tomorrow in partnership with the UN Population Fund (UNFPA). The motto was the UNFPA report '10 - As our future depends on this decisive age girls', which shows how the life of every girl is radically transformed from 10 years, It is the result of a work in which 10 girls from different countries were accompanied and monitored – considering its universes and realities. The result of this research is the imperative importance in investment promotion and protection policies for girls, especially since this age group, which constitutes a framework of determining changes and modifications to the embodiment of the agenda 2030, especially the ODS-5.

On Saturday, day 7, from 13:30, the participants of the first edition of the program back to the museum to reflect on progress, achievements and obstacles experienced by them in their different realities. Called "Spoon", this first debate will be an important moment to expose the first fruits of this action.

In the day 10, from 9am, meninas das escolas vizinhas e parceiras do Museu participam do encontro que vai abordar questões de gênero e feminismo, may be the first contact with them the issues in question. Therefore, this meeting is called "Planting", as it comes to deposit seeds in fertile land and necessarily part of any transformation that may wish for tomorrow's all.

In the last day, 14, from 13:30, the event puts face to face two generations of girls, which will make this stage a big celebration. The girls 2017 and girls 2020 They will know and recognize, contrasting different realities and even possibly different dreams, without, However, never forget what unites them: being a woman, across the breadth. Called "Watering", this third meeting is guided by Paulo Freire's ideas to propose education as a two-way street, that is, girls collaboratively will reinvigorate your goals and dreams.

Previous: The Art of Graffiti in House Museum Ema Klabin
Next: Day Librarian: professionals gather to remember the importance of the profession