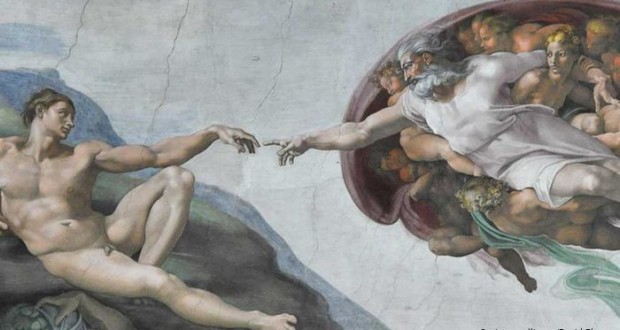 Michelangelo, The creation of Adam. Disclosure.

The first meeting will be conducted by professors of Italian Language and Literature at Universidade Federal Fluminense-UFF, Guido Alberto Bonomini and Paolo Torresan, about the three great artists of the Italian Renaissance: Leonardo Da Vinci, Michelangelo and Raffaello Sanzio. Friday, day 29 de Mayo, to 18:00, no Zoom.

A Italian Institute of Culture performs in this Friday, 29 de Mayo, to 18:00, the 1st edition of “Virtual University”, a cycle of encounters, interviews and conversations with themes related to literature, to art, to the movies, to theater performed with academic professors from Italy and Brazil. Interested parties should register by email centro.iicrio@esteri.it or Whatsapp through the number (21) 3534.4344. The chosen platform was Zoom.

The first meeting was attended by two professors of Italian Language and Literature from UFF – Fluminense Federal University of Niterói, Guido Alberto Bonomini and Paolo Torresan, both from Italy, another student of the undergraduate course in Italian and Portuguese Letters at UFF. It is a chat / interview between the two teachers and the participating public, on the legacy of the three great artists of the Italian Renaissance: Leonardo Da Vinci, Michelangelo and with special attention to the works of Raffaello Sanzio, whose death anniversary occurs this year. Professor Guido Bonomini, interviewed by colleague Paolo Torresan, shows and comments on the works that best represent the artistic and intellectual path of the Renaissance artist and their relationship with the socio-cultural context of the time. 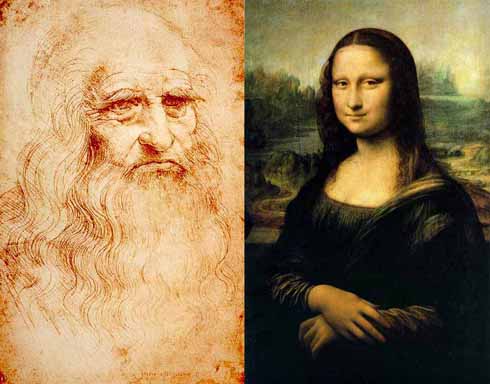 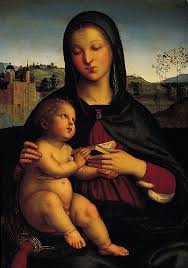 Raffaello Sanzio, Madonna and child with the book. Disclosure.

Raffaello Sanzio, often referred to only as Raffaello, was a master of painting and architecture at the school of Florence during the Italian Renaissance, celebrated for the perfection and smoothness of his works.

On 6 April 1520, at the age of 37 years, Raffaello Sanzio died in Rome. Five hundred years after his death, the artist considered one of the main references of Renaissance art, will be remembered during the 1st series of the “Ateneo Virtuale” meeting organized by the Italian Cultural Institute of Rio de Janeiro.

“Although the neoclassical painter Raphael Mengs (1728-1779) have said that, in Raffaello's paintings, captivates us more with the beauty of reason than that apprehended by the eyes, that is, that this artist would focus more on expressive content than on purely aesthetic ones, it is possible to notice that the referred Italian painter, is able to place itself exactly among the expressive grace of Leonardo da Vinci (1452-1519) and Michelangelo's divine ecstasy (1475-1564)” - says professor Guido Bonomini.

“In fact, Raffaello, in its Florentine period, met personally (the oldest artist) Leonardo - continues Paolo Torresan - Leonardo's influence was decisive in the representation of the Virgins, while, with Michelangelo, had a conflicting contact, although also determinant. Really, Raffaello's meeting with Michelangelo in Rome will be essential, at a time when they both worked in San Pietro: the first in decorating the rooms of Pope Julius II and the other in the Sistine Chapel.

Raffaello is the genius and central axis between Leonardo's grace and balance and the absolute genius of Michelangelo's forms, being, since, the artist who best represents the ultimate perfection and expression of 16th century art. Giorgio Vasari, author of “The lives of the most excellent architects, Italian painters and sculptors”, in order to express how masterfully this artist represented nature in art, said that, when Raffaello closed his eyes forever, also the painting died with him or almost went blind.

During the meeting with the teachers Guido Alberto Bonomini and Paolo Torresan some works by the painter will also be shown and commented, more specifically those that best marked the artist's path.

Guido Bonomini graduated in Portuguese and Brazilian language and literature from the University of Rome “La Sapienza” (1990). Master's degree in Applied Linguistics from the Federal University of Rio de Janeiro – UFRJ – (2002) and doctorate in Comparative Literature from Universidade Federal Fluminense – UFF – (2008). Worked as a journalist in Italy until 1997 and, since 1998, lives in Brazil in Rio de Janeiro. Currently, is an associate professor III of Italian language and literature at Universidade Federal Fluminense (UFF) of Niterói, which he joined 2002. Mainly deals with historical-linguistic studies and medieval and Renaissance literature. On the 500th anniversary of Leonardo's death, published an essay on the artist's language: The language without letters of genius, (in “Da Vinci's Parachute and other Renaissance inventions”. Rio de Janeiro: Reading Workshop, 2018.(ISBN: 978-85-662241531).

Previous: Carlos Thága - “Creativity without limits”, by Edmundo Cavalcanti
Next: #projectearte: brings art and people together