To sing of love and tender care,
Take with you, o hills, the instrument;
Hear my mournful lament;
If is, who compassion are excited:

Have you seen, that echoes hurt
The Thracian Orpheus kept the same wind;
The lira of Amphion sweet accent;
If you've seen the rocks shaken.

Well I know, that of other geniuses fate,
To stick to Apollo green rama,
Their influence on lira estro divine:

The corner, since, my voice pours,
Because at least the chants a pilgrim,
It's done worthy among you also of Fame.
(COSTA, 2014, p.39)

The words are of Cláudio Manuel da Costa (1729-1789), poet who represented the first generation of brazilian list of Dexter episodes, was in the 18th century. In pastoral environment, full of simplicity and sweetness, His Sonnet radiates charm, references that makes the love, nature and Mythology. In Literature, the arcadista style opposed baroque neat 1; serving of simple themes, inherent to humans as love, the idealization of the woman I love, the wedding, loneliness and death. The classic values of antiquity were resumed, set in peaceful refuges, away from the urban centers, suggesting a bucolic and modest living.

So is poetry, so is the art. The sonnet of Cláudio Manuel da Costa seems to describe a framework of Rococo. The style, that emerged in France, in the early 18th century, It became popular throughout Europe, until 1770, When he started to yield place to the Neoclassical spirit. The name may have been coined in 1790, When the Rococo already entered into decay and makes a fusion between the word rocaille, that means shell in French, common decorative element of style; and the name Baroque.

In a scene of Rococo temper, are elements of refined joy, of lightness and elegance. Theatricality if distance from the dramatic Baroque; the thorough decoration reflects a spirit of unselfish religious exaggerations; and even the sacred works acquired a certain gentleness.

In the whimsical architecture of the churches 2, 3, 4 (Figures 1 and 3) and the palaces (Fig. 4), What draws the most attention are the lighter coloured walls, with pastels and whites, that contrasts with the delicate painting of flowers, loppers and Angels, that fly over, that hang down and that the rigid consistency walls. Among the elements that make the most beautiful Architecture, also the frames and the sculptures in the form of garlands, of rings, forming beautiful canopy linearly arranged, that intersect and that nest forming graceful and innocent scenarios. 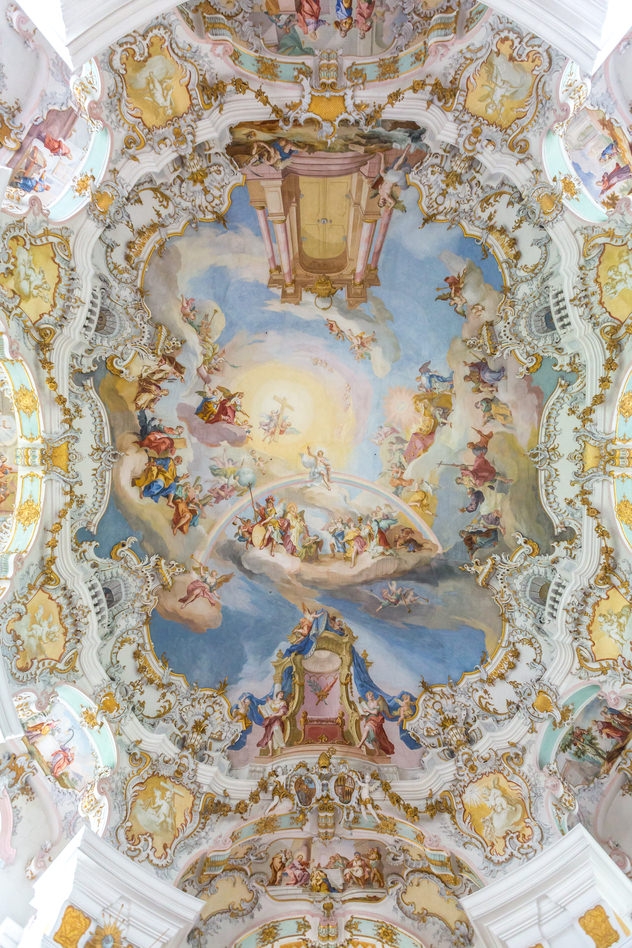 Fig. 1 – Church of the pilgrimage, Germany. Photo from vichie81. 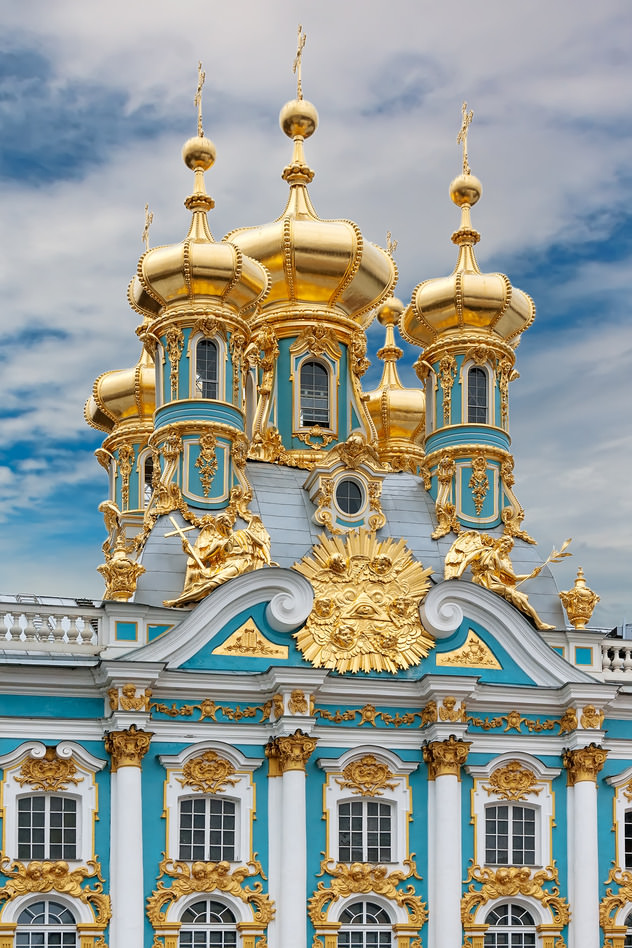 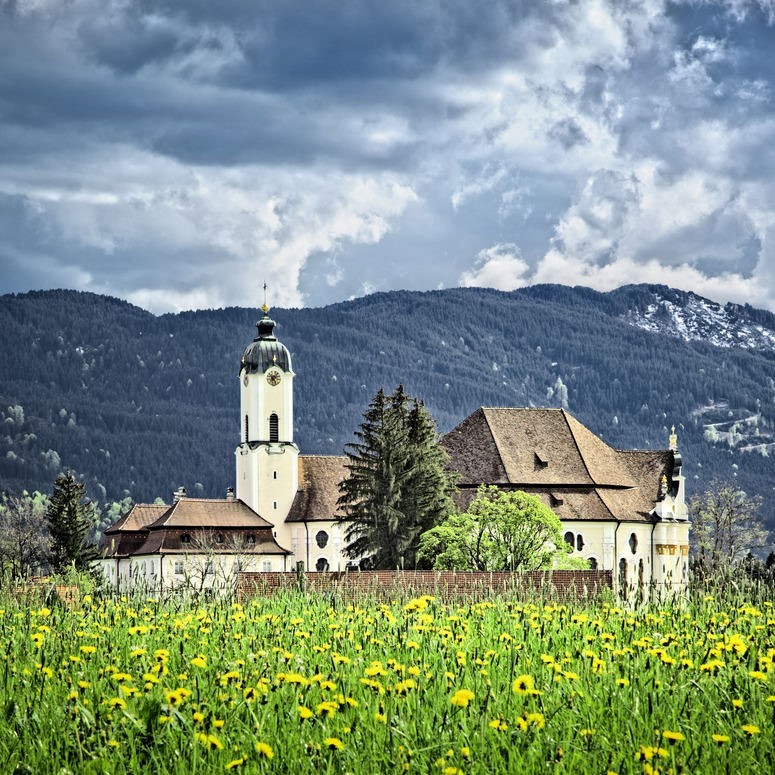 Fig. 2 – Church of the pilgrimage, Germany. Photo by Markus Gann. 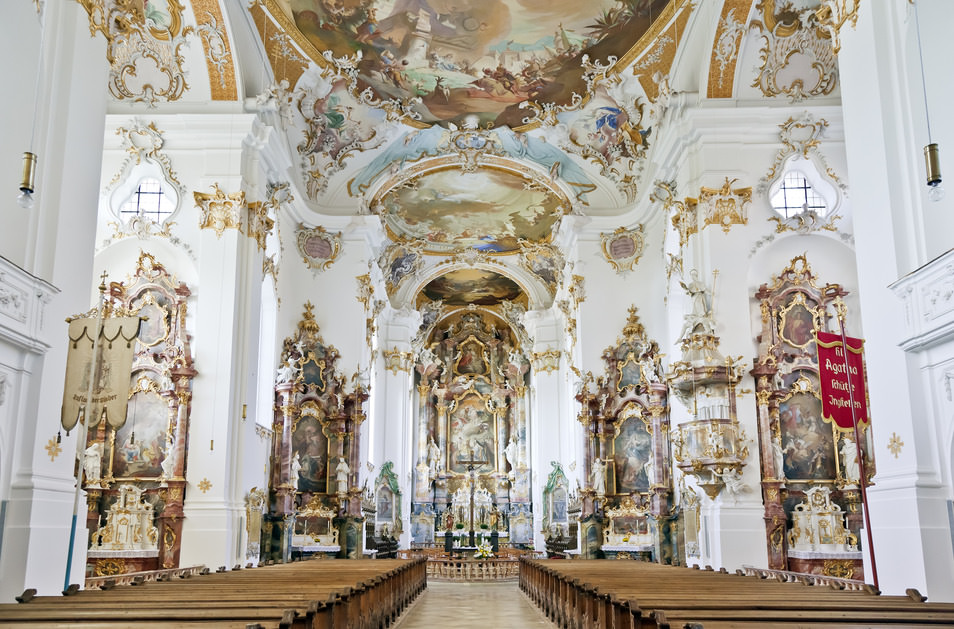 Fig. 3 – Church of the monastery of Roggenburg, Bavaria, Germany. Photo by Markus Gann.


And such reasons seem to still have materialized in the Rococo sculptures. Like true knickknacks, the images began to supplement the environments, with mythological themes (Figures 5 and 6), composing scenes of gallantry or jokes, leaving out the spirit courtier of the period. The cradle of great names of the sculpture of this period was the France, highlighted by Étienne Maurice Falconet (1716-1791), followed by Michel Clodion (1738-1814), Jean-Louis Lemoyne (1665-1755), Father Jean-Baptiste Lemoyne (1704-1778), Jean-Baptiste Pigalle (1714-1785), Robert Le Lorrain (1666-1743) and Louis-Simon Boizot (1743-1809). The works began to be carved into smaller dimensions, in order to meet the demand of souvenir or exclusively carved, size, in order to harmonize with the decor or to complement the architecture. Besides the marble, of wood and plaster, the sculptors began to use other materials, as clay, the gold, Silver and even China, that became the most popular material, for making small decorative objects. 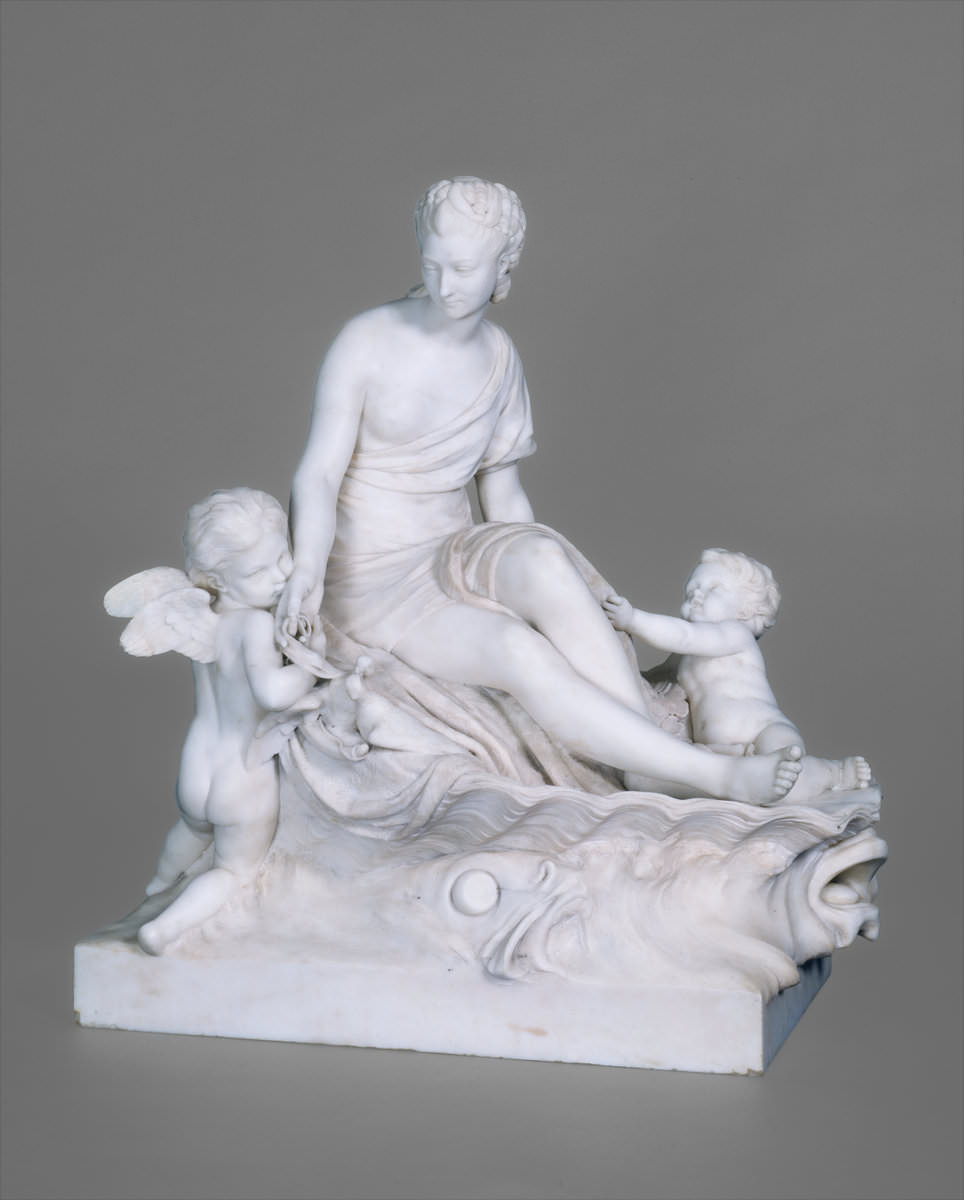 But maybe it was the painting that the spirit of the Rococo was courtier brighter. Also in smaller dimensions, the frames were free from drama, had the luxury and magnificence of the costumes and halls, pompously decorated or so, the scenes were in the midst of nature, in the gardens, with pale colors, streaky Blues, of Greens and roses. Among the names of great importance, are the French, Jean-Honoré Fragonard (1732-1806), François Boucher (1703-1770) and Jean-Antoine Watteau (1684-1721); and the Italian Giambattista Tiepolo (1696-1770). 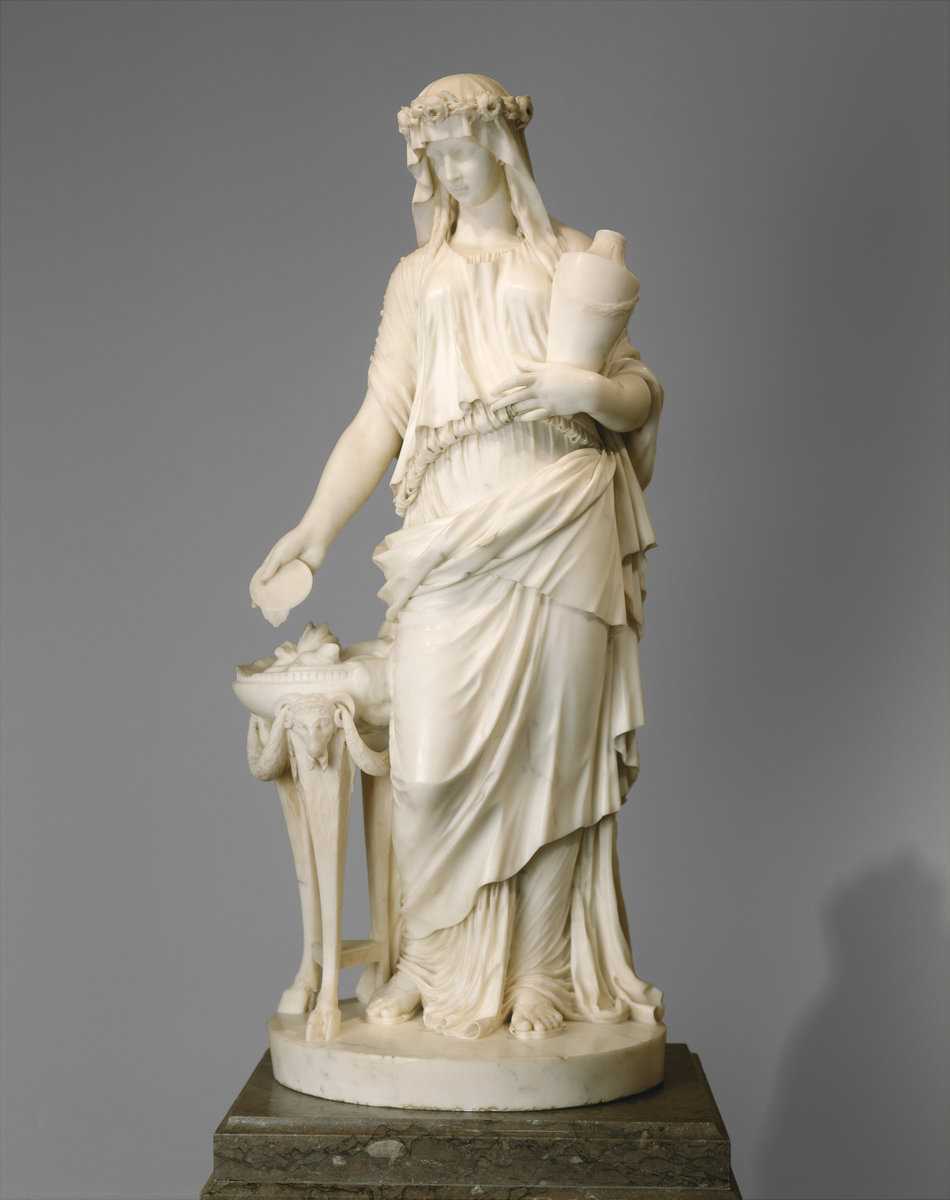 Carefree, people from painting by Fragonard (Fig. 7) do not seem to give importance to the passage of time. What matters is the game and the coming and going in the middle of your delicious rush, a whim of the artist, that provided the scene, a visual movement effect. The colour of garments and of bodies stand out, amid the green landscape, natural, in their different shades. And it may be that between the conversations and play the Sun want to rest, is yellow, on the horizon, painting everything with the nuances of the afternoon. In the background, the trees are smaller, further afield, in shades of blue, What makes clear the whim of the artist, in his work with the technique of the vanishing point 5. In costumes of the people, are the velvets, the silks and brocades transparent, with sparkles, with folds and with trims, very characteristic of the artist's work. The clothing is also in evidence in Boucher (Fig. 8). In addition to the abundant and colorful satin fabrics, the folds, the wrinkles and the silks, contrast with the green of nature, around. In the bucolic scene, two friends dealing in trust love secrets. The two allegories of Boucher (Figures 9 and 10), the artist embodied the art of music and painting. Metaphorical way, both are represented by two beautiful girls, wrapped in many tissues, surrounded by angels, in the midst of clouds. 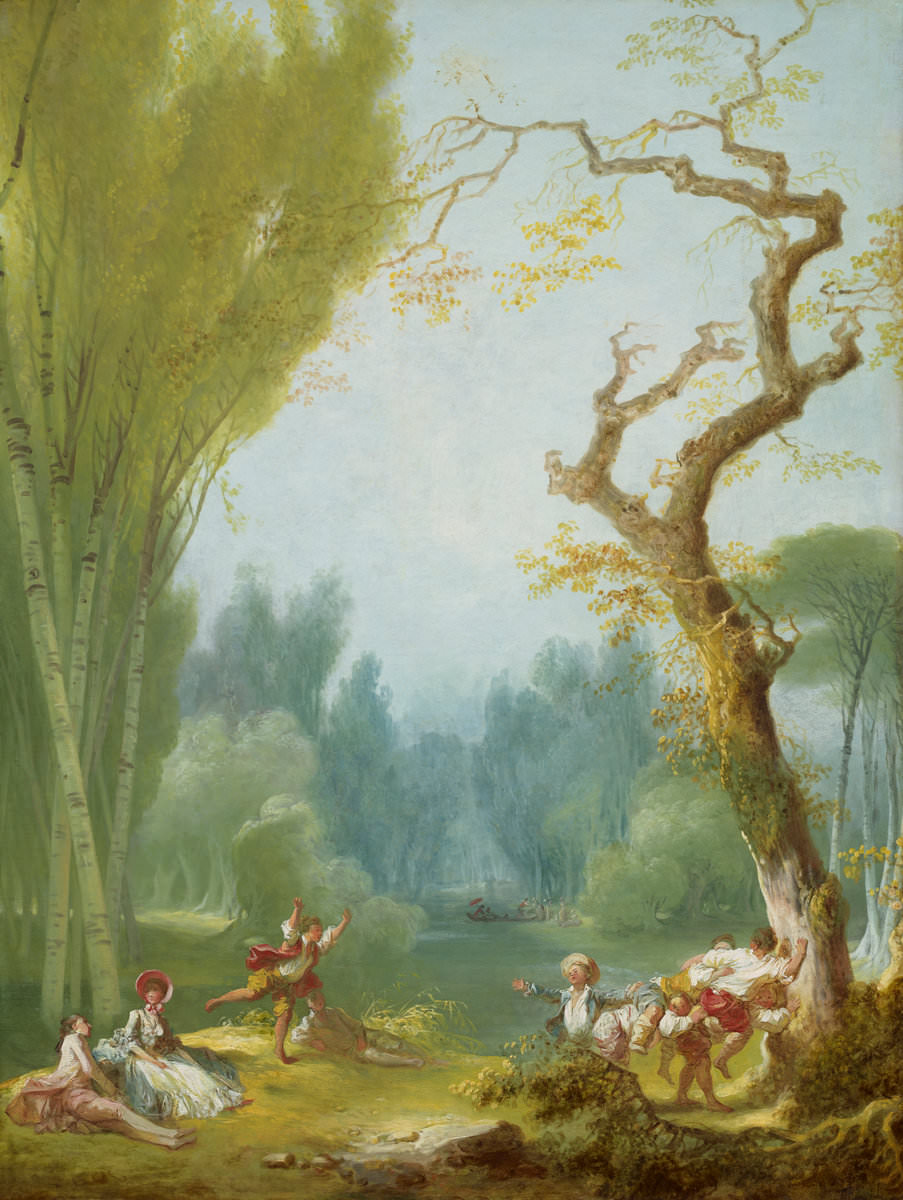 Inspired by the joy, in nature and in love, the Rococo art left shows the elegance of court life and of the aristocracy; courtly love; and a certain erotic spirit. The lightness and refinement of this style, however, were targets of criticism at the time, the lack of a more serious content, given its decorative sense. For Voltaire (1694-1778), Enlightenment philosopher 6 French, of the time, the Rococo corrupted the Art, It was a superficial style and courtier. But despite the criticism, There is no doubt the beauty of the works of Rococo, in its ornamental details, the subtlety of themes and in the grace of the delicate movements, and gestures. 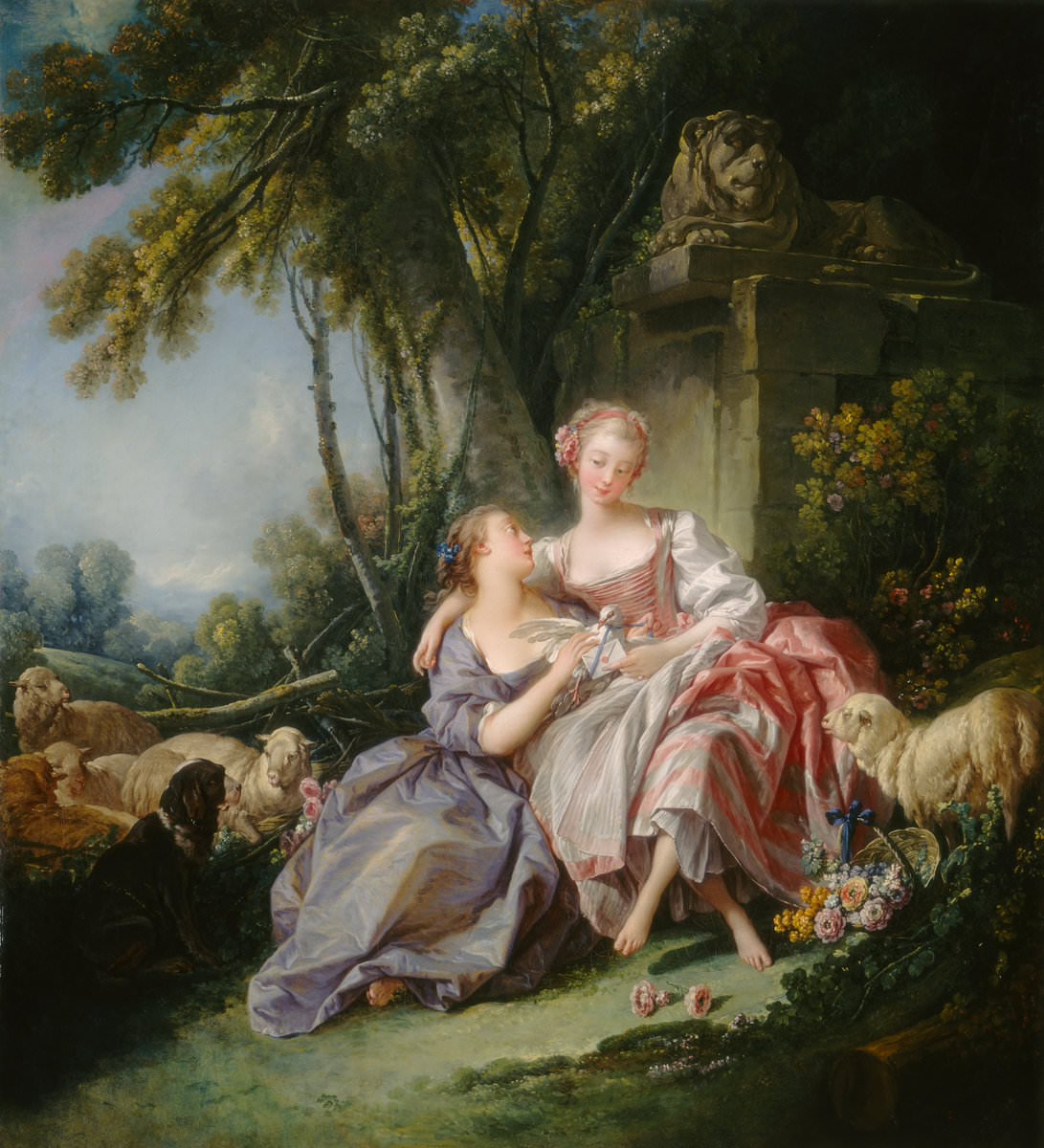 Before however, to intercede for the aesthetics of the Rococo, fits to make a walk in the field of philosophy and get a definition of what is Beautiful. According to Kant (1998, p. 165), German philosopher, of the period, "Beautiful is what pleases the simple trial (soon, not by feeling of sense, According to a concept of understanding). It turns out that he has to comply spontaneously with no interest ". For the writer, that was one of the pillars of romanticism, the early 19th century and Enlightenment enthusiast, "Nice Arts are those that aim at simply the enjoyment; are such species all the attractions, You can enjoy the company at table " (KANT, 1998, p. 209). And maybe it is in the field of the beautiful Rococo style firmly rooted. Are not in question here, elements connected to an intrinsic meaning, or a complex essence, but the beautiful, just beautiful, by itself. The Beauty 7 of art, that pleases the eyes, by your light and bucolic character; providing satisfaction for its simplicity; which causes delight when looking, by their very nature free. And maybe that's the most notable attribute of the Rococo. 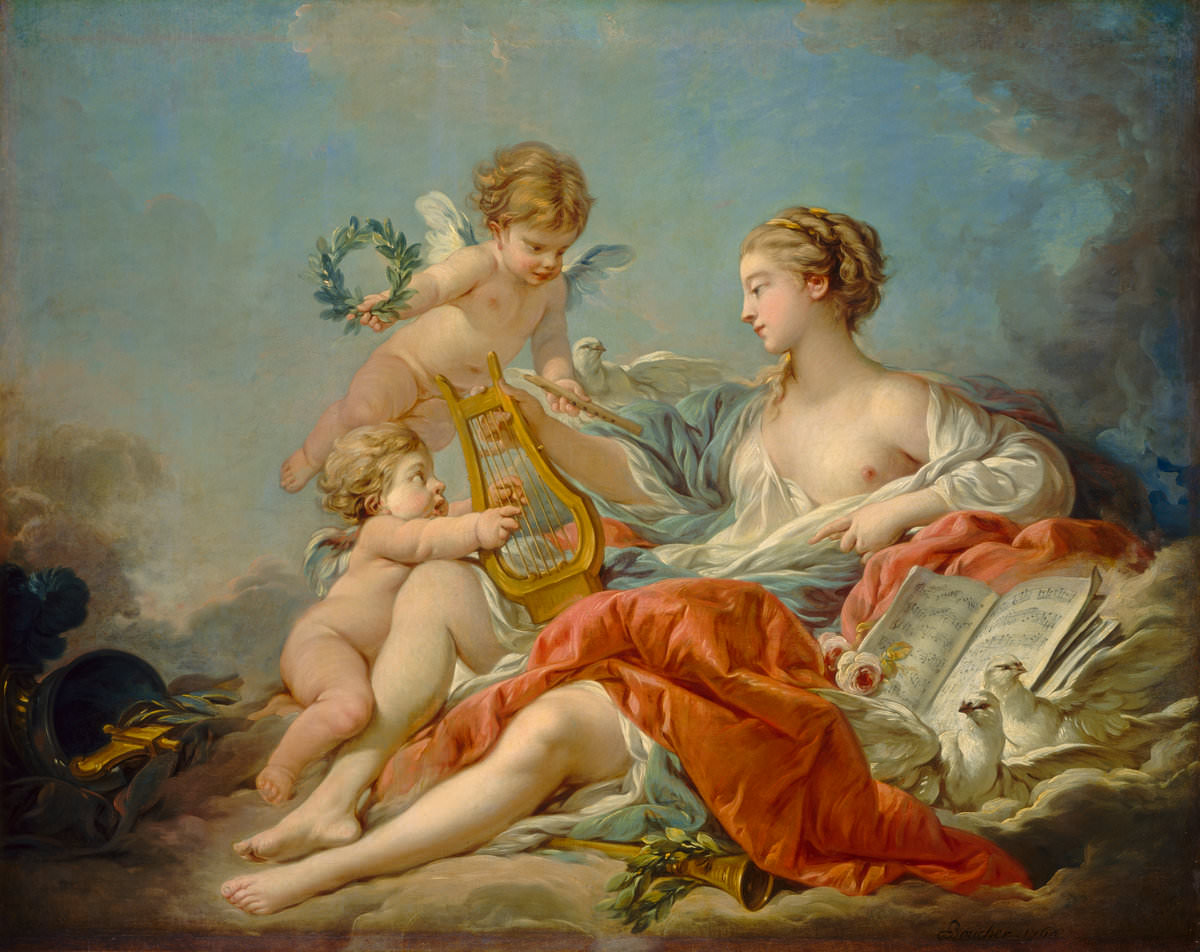 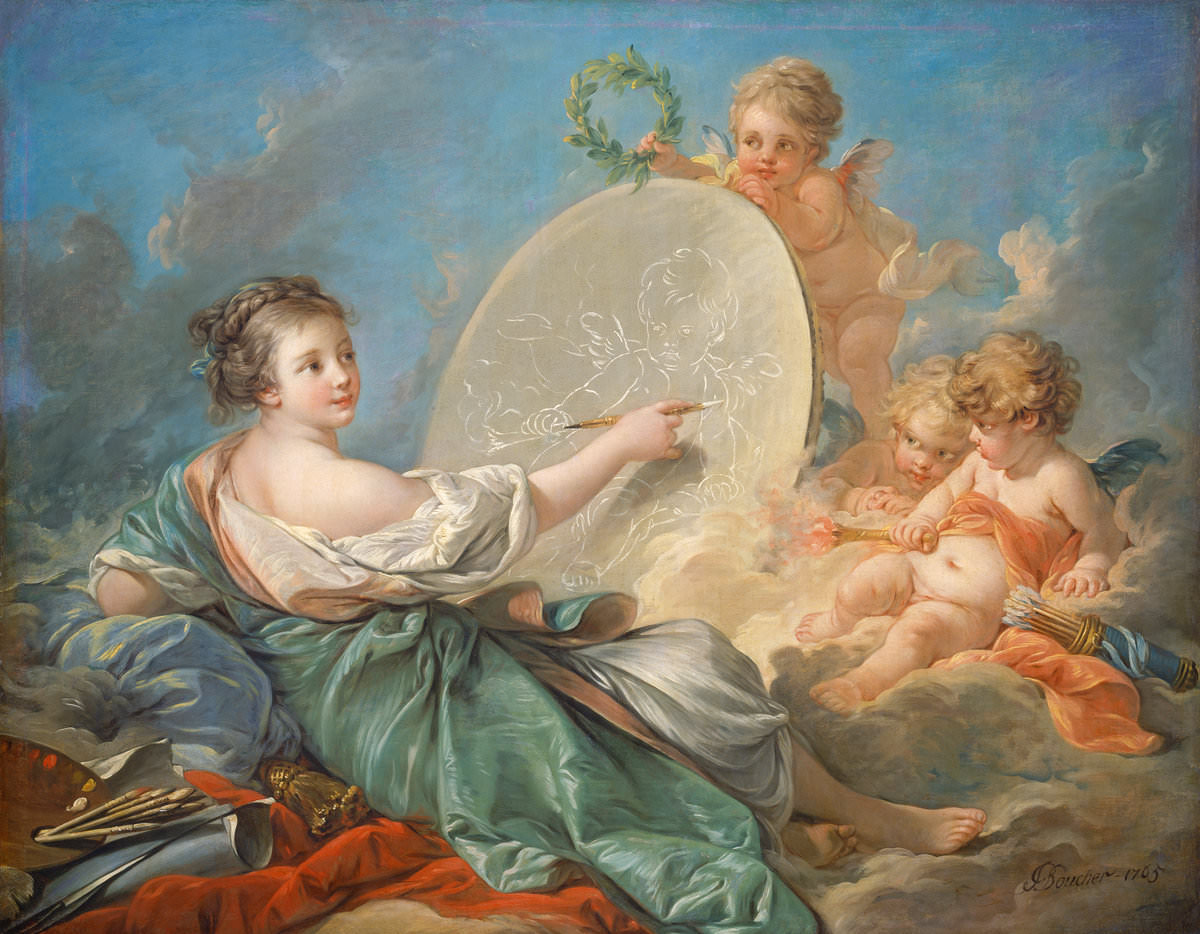 The shape of the Rococo traveled to several European countries, migrated to America and resisted until the mid-19th century, in some regions. The liveliness of this Art, your features, its forms and its origins, deservedly earned him the title of National Heritage, in France. And finish the article with a beautiful poetry,

My heart, a bird, happy esvoaçava,
Freely I was gliding around the strand;
And moved the ship to a broad sky, without fail,
Like an Angel drunk to a shining sun.

What is this sad and dreary island? Is Cítera.
She really is a famous country songs
Eldorado do commonplace of our illusions.
But look at it anyway, as it is a poor land.

– Island of the heart and of love!
The Venus ancestor sovereign vision
On top of your sea, as a flat perfume.
In the souls to infuse mysterious languor.

With your blue mirtos, your glorious flowers,
Island, must love you for every nation,
The whispers in the soul in adoration
Are incense roll over a rose garden.
(BAUDELAIRE, 2006, p. 139)

2 Church of the pilgrimage:
www.wieskirche.de

3 Church of the monastery of Rohr, Germany:
www.kloster-rohr.de

6 Appearing on France, still in the 17th century, The Enlightenment was an intellectual movement that had its heyday in the 18th century. The enlightenment defended the use of reason, to achieve the freedom; believed that, for the evolution of man, religious beliefs should be replaced by rational thought. For them, knowledge should be disclosed and, therefore, created the encyclopedia, that synthesized information from multiple areas. The period was also known as the age of enlightenment and the ideologies they culminate in the French Revolution. The ideals of the enlightenment still influenced the independence of the United States and the Inconfidência Mineira, in Brazil. The main philosophers were Denis Diderot (1713-1784), Voltaire (1694-1778), John Locke (1632-1704), Jean-Jacques Rousseau (1712-1778), Montesquieu (1689-1755) and Jean Le Rond d'Alembert (1717-1783). (ABRAM et all, 2008, p. 130)

Fig. 1 – Church of the pilgrimage, Germany. Photo from vichie81.

Fig. 2 – Church of the pilgrimage, Germany. Photo by Markus Gann.

Fig. 3 – Church of the monastery of Roggenburg, Bavaria, Germany. Photo by Markus Gann.

Previous: MeMé-Amelia Piva Vizotto-diversity in creation by Edmund Chandra
Next: Macunaíma, works of Monteiro Lobato and the first dictionary of the Portuguese language will be auctioned in São Paulo