Artist returns to the city after more than 15 years, for individual shows which opens to the public on 12 August and runs until 19 October

Niterói first receives the show "Coal", carioca artist Dudu Garcia, with opening for guests on Saturday (10), at 3:0 pm, and the second opening to the public (12/8). With great poetic force and visual impact the new work of the artist transforms coal, essential tool in the art of drawing, on the subject of work. In shows, curated by Marcus Lontra and text Hélio Dias Ferreira, charcoal translates the absolute black, deaf, silent and dried. For the exhibition in Niterói, Dudu also presents 10 unpublished works, made with soot and fire.

In Dudu Garcia language, Charcoal appropriation in his work reveals a remarkable symbolic processing of matter. The identity of the coal is also associated with the industrial revolution. The new exhibition project started two years ago, research for the show "Coal-Gold", curated by Fernando Cocchiarale.

“At first, the focus was on the two materials symbology, coal and gold, and the relationship between them. In the exhibition 'Coal', extend the limits of my research on such. I present a two-dimensional version that reflects my interest in the 'Momentum', the stagnation of matter changing and the need to organize the chaos. Already in the three-dimensional version, installation suggests the infinite, coal longer and returns in a new form, as the driving force of the whole development of mankind ", details Dudu Garcia. 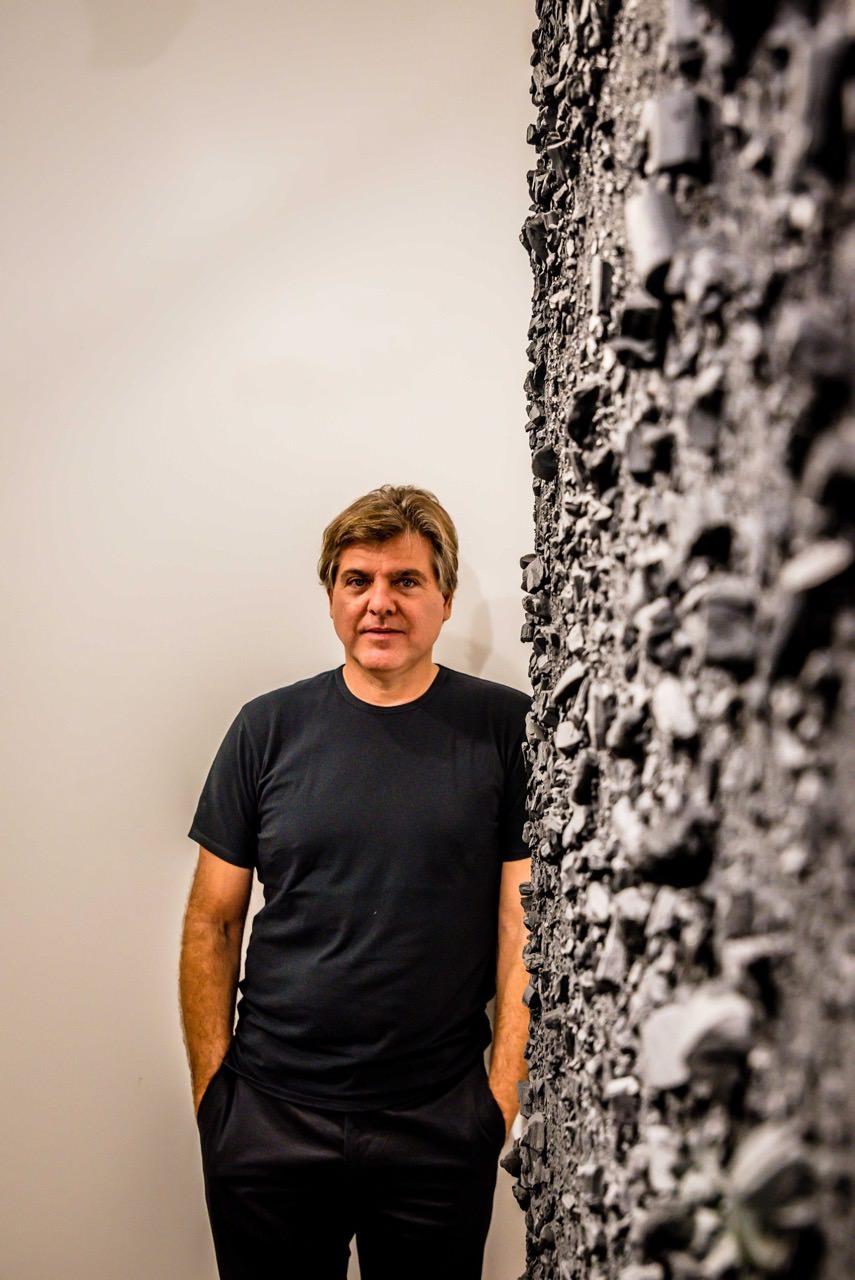 The show "Coal" is on display in Niterói, the Cultural Post Niterói, until day 19 October, from Monday to Friday, except holidays, from 11 at 18h.

Born in Rio de Janeiro, Dudu Garcia attended the faculty of Industrial Design and developed great affection and intimacy for art. With 18 year career, the artist's main characteristic is the use of organic materials such as stone dust, dust, Petroleum, eraser, coal and slime on linen canvas, hemp and cotton. He participated in exhibitions in major museums and galleries such as Museum of Modern Art, Rio de Janeiro and Imperial Palace, also in Rio de Janeiro. The artist also has exhibited in France, England, Belgium, US and Japan.