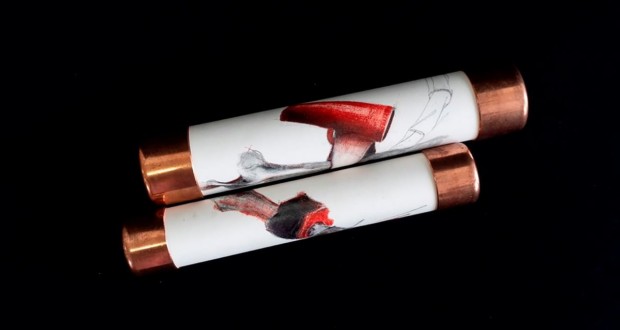 Fatima Pedro, "In the waters that hide". Photo: Disclosure.

"THE WATER THAT HIDING"

In the month that the palace of the Full Post 105 years and the Cultural Post Niterói celebrates five years of operation, nine women artists will occupy the common areas of the site with exposure “In the waters that hide”, which will be inaugurated on 30 November.

"We want to toast the public with this great contemporary art exhibition so that people realize the importance of the palace as a space for art, The mother Denise afire, Director of Post Niterói.

Carolina Kaastrup, Edna Cup, Fatima Pedro, Joan Pedrosa, Myriam Glatt, Roberta Paiva, Talita Tunala, Vanessa Rocha e Yoko Nishio will present works in situ, facilities, objects, postcards and videos that dialogue with the eclectic architecture of the Post Office Palace, with its original function (as the exchange of letters and postcards), with the location and the landscape that surrounds the building and the history of Niterói, only city founded by Indians. "Water hides", that inspires and gives the exhibition its title, It is one of the possible translations of Tupi name of the city of 'Niterói (once “Nictheroy” or “Nitheroy”), is

According to curator, Marisa Flórido, "the exposure, 'In the waters that hide', revolve, as do the waves and tides, layers forgotten memories, submerged stories, of lost and updated exchanges, of landscapes unveiled. “

The postman is the starting point of collective, portrayed in the book "s / title", composed of several shirts produced by the photographer Carolina Kaastrup, that bring geometric shapes and colors of the uniform, arranged on the facade of the palace. Between the body of the building and the public, streamers flutter in the breeze, in weaknesses and persistence.

In the center of the stairs, the 2nd floor to ground, from the skylight, Edna Cup installs “weather“, work in blue, yellow and green, consisting of polyurethane tubing and continuous lighting cables. weather from Latin, hence the word "storm", means "time between two times", as a distance that divides the sky, as a warning sign.

On a table is a work “fly soon”, artist Fatima Pedro. In reference to capsules placed at the feet of racing pigeons, the work consists of drawings on paper, shaped cylinder, with a pigeon body fragments pictures. 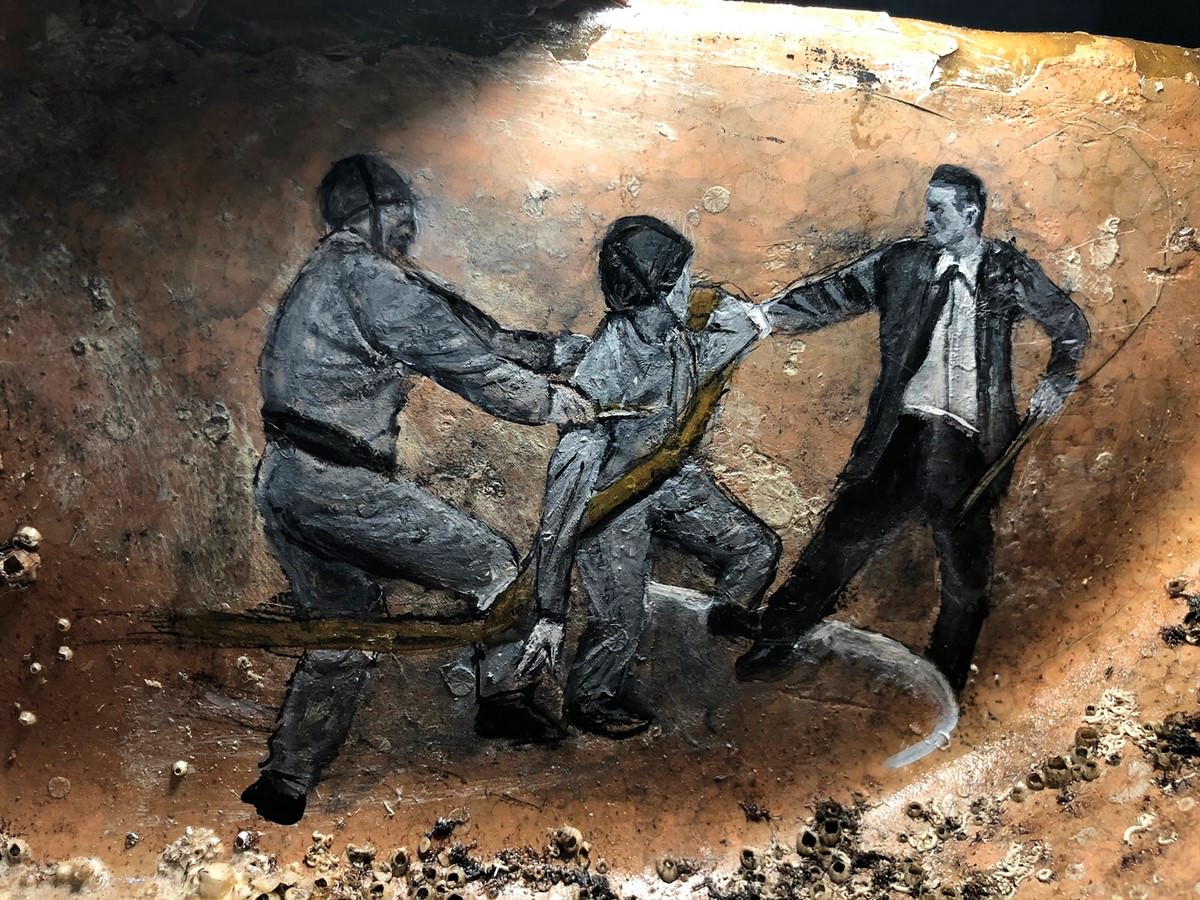 Already Joan Pedrosa occupies the inside of the rails located on the first floor veranda, with the artwork “Ao Leu IV”, an installation made up of letters cut PVC with the colors of the Brazilian Post and Telegraph and the words “SIM” (yellow) and “NO” (Blue), besides Styrofoam balls with varying sizes. The intention of the artist is to subvert telegraphy to invite the public to write your slogan in Styrofoam balls, and rescue the goal of Posts: the handwritten messages and missives.

Myriam Glatt presents cardboard plates painted in tonal colors and varying sizes, around six sets of the ground floor columns. The work “Imoscapos” intervenes in the palace architecture 1914, the meeting of an ephemeral material such as cardboard and ancient columns. “The real and the imaginary join this hug, giving the viewer moves to the experience of direct contact with the work and inviting to circulate around”, explains the artist.

"Abape end?”, in Old Tupi, means "Quem is you?”. Installation title Roberta Paiva, dip nets consisting of three (Network cone for fishing), bag containing the question mirrors “Abape end?”, which may be removed and taken by the public. Anderson want to return mirrors – objects that were given to the Indians by the Portuguese in wood exchange – the visitor not as a souvenir, but as a reflection and a question to be answered: 'After all, quem is you? What you bring the people who lived here?’

Alluding to “Revolta das Barcas”, in 1959 in the ferry station and that led to the protest of the population against an alternative and inefficient service, Talita Tunala brings “Great work”, Installation consists of a worn boat fiberglass 3m x 1.35m, that artist recovers for use, and in which she intervenes with drawings, accompanied by a narrative fable that mixes history, action and fiction. The work is presented as a suspended moment of an action that will only be completed later, after the exhibition closing, with the return of the boat to the sea.

On the ground floor, in the hall between the stairs and the elevator, the artist Vanessa Rocha features “S / title”, a set of watercolors, in postal format (10cm x 15cm) arranged in a display, referring to a suspended time and memory address insecurity, communication and relationships.

With "Viewpoints", the artist Yoko Nishio reframes the building security devices through two strategies: two small paintings of surveillance cameras located next to the real cameras; and placing on the floor of the hall entrance four small circular tablados. Positioned at the point of security cameras on site, these tablados invite the viewer to walk on its surface and return the glance, creating an imaginary game with the frameworks produced by such surveillance devices.