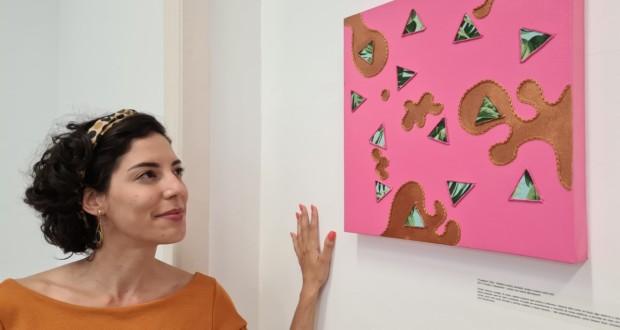 “Emotion and Substantive” is the visual artist's first solo exhibition, journalist and therapist Ana Soares. The exhibition will be on display at the Correios Niterói Cultural Space, in the city center, from 13 of the March 8 de Mayo. The exhibition will consist of 18 abstract works depicting, since the beginning of his paintings, his work with the recovery of affective memory and the valorization of ancestral heritage.

The show is also an invitation to reflect on the individual, human behavior, relations and society. The curatorial text is by visual artist Cibelle Arcanjo. Besides the works, macrame pieces made by the artist will also be on display. All works and parts will be available for purchase.

“I was forged between the sweetness of sugar and the combustion of alcohol. In this series, plunge into myself in depth to go from chaos to order, in search of balance, experimenting with materials and processes, believing in my intuition ”, tell Ana, born in Guaíra, in São Paulo, region known for its sugarcane plantations and its sugar mills.

This shows part of the artist's need to make abstract ideas and forms real. It all started with a question about crochet - taught to her by her mother, who learned from the artist's great-grandmother - to be seen by everyone as handicrafts, pejoratively, and not as art.

“My love for crochet generated unrest: because it is only seen as carpet? Or to cover home appliances? Or, yet, such as clothing and accessories? I wanted crochet to be admired as art, do it with your hands as genuine as a beautiful painting or drawing. It also requires sensitivity. The intertwining of a straight line, that turns… Crochet is a possibility, it's cunning, it's creativity, it's link and loop. It's art and it's my story”, comments Ana.

The artist applies a mixed technique on the canvas using crochet, sewing, embroidery, macrame, acrylic, spray, glass, wood, stainless steel, iron, beads, enamel and other materials reused to create contemporary art. About the name of the show, she explains:

“Emotion because without it, it is not possible to live. It is our most intimate perception in this world. It's what moves our senses, that chills our body, that makes us see sense in the routine and reframe the moments, the choices and the people. We need to be thrilled daily with life to continue living. A world with less emotion is a world with more medicines and addictions. Or what excites you? Thinking about it is self-knowledge and feeling it is a form of healing ”, says Ana.

The explanation for “Noun”, beyond your profession as a journalist, that relates to grammar, the word and the writing, there is the fact that its origin comes from “substance”, "essence". And the works of this series, according to Ana, were made with the most authentic feelings.

“The creation of this series was fundamental for my development as an artist and as a person - to be a thinker, questioning and reacting to the actions of the world, but it also causes them. I channeled a lot of energy to do some works and I transcended from others ”, analyzes the artist.

Ana Soares has a postgraduate degree in Cultural Journalism from Uerj. Since 2016, has been venturing as a visual artist. To improve, did, in 2019, the course with the master, João Magalhães (1945-2019), at the school of Visual Arts of Parque Lage (EAV), the Botanical Garden, in the river. 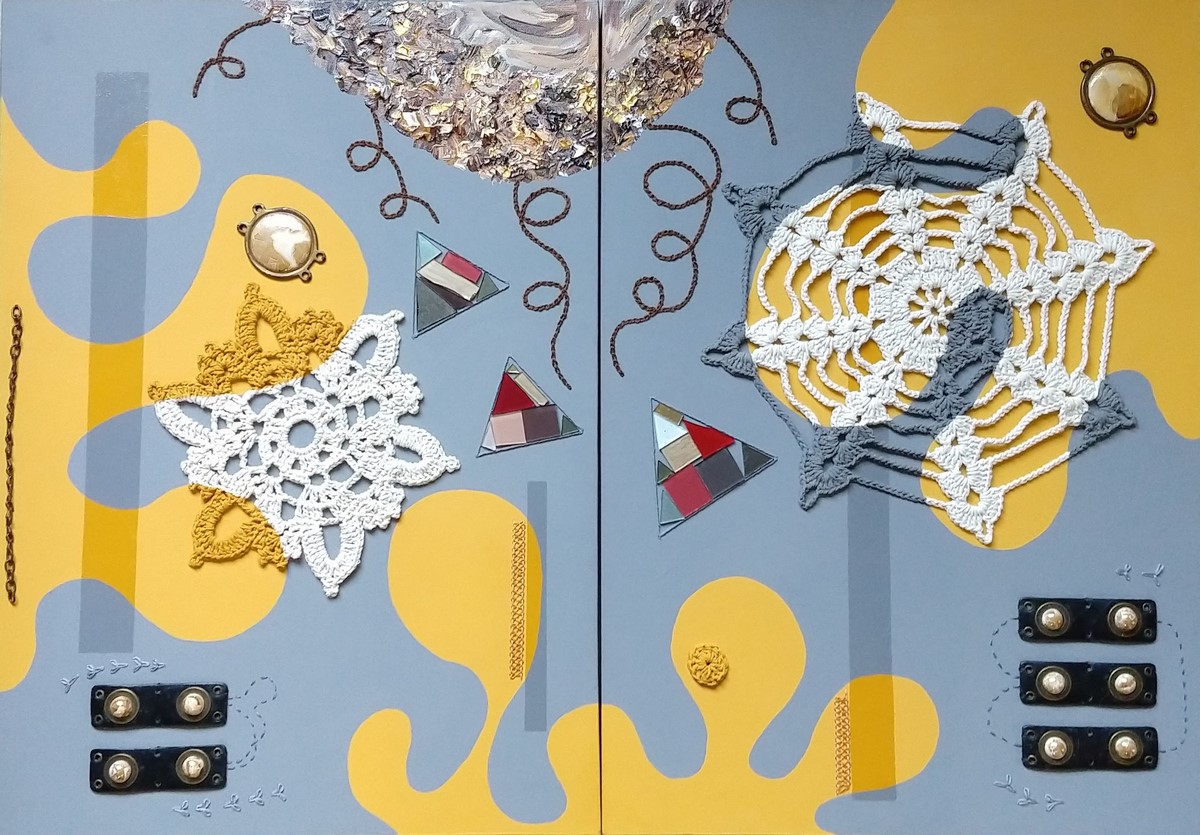 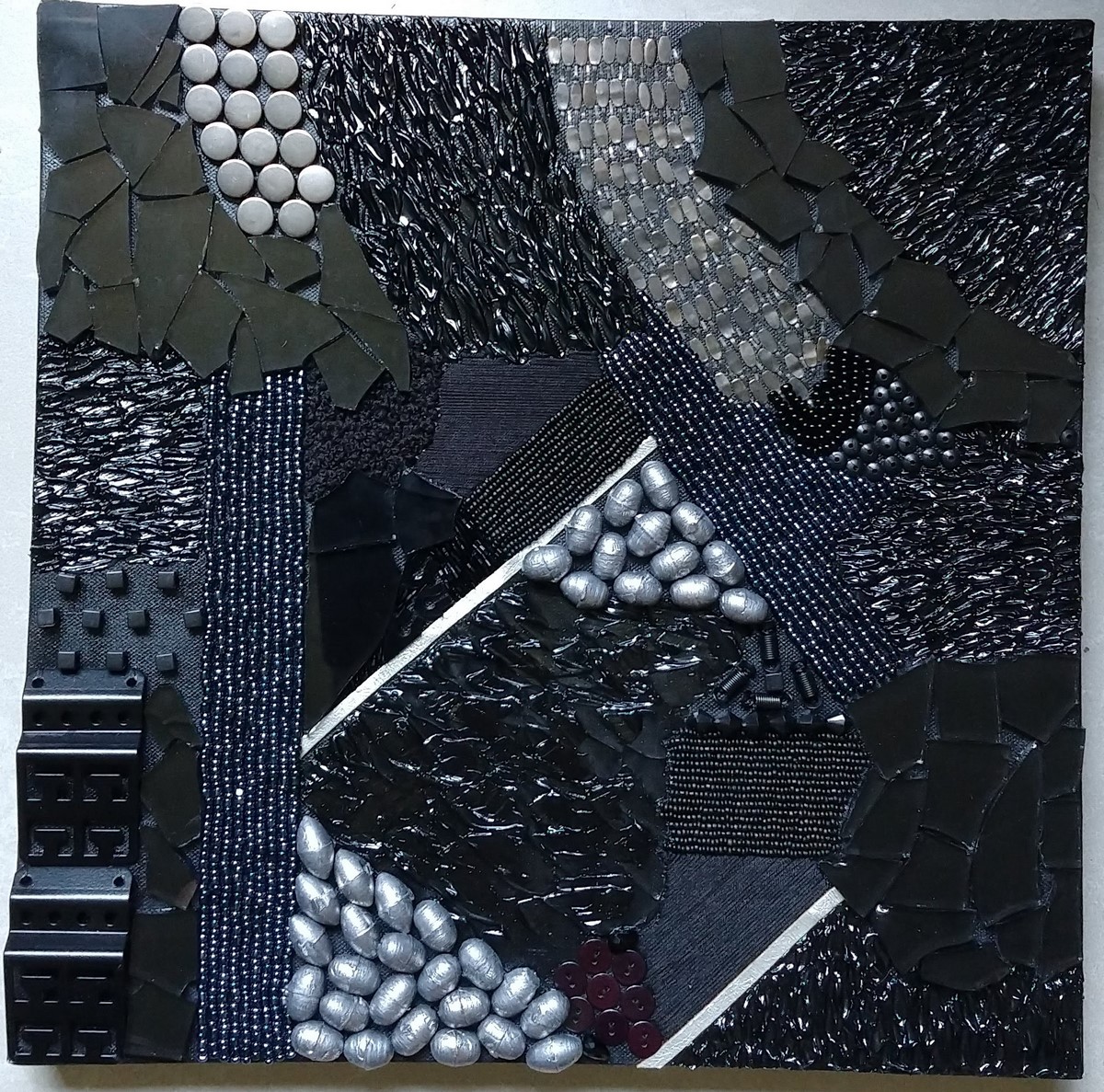 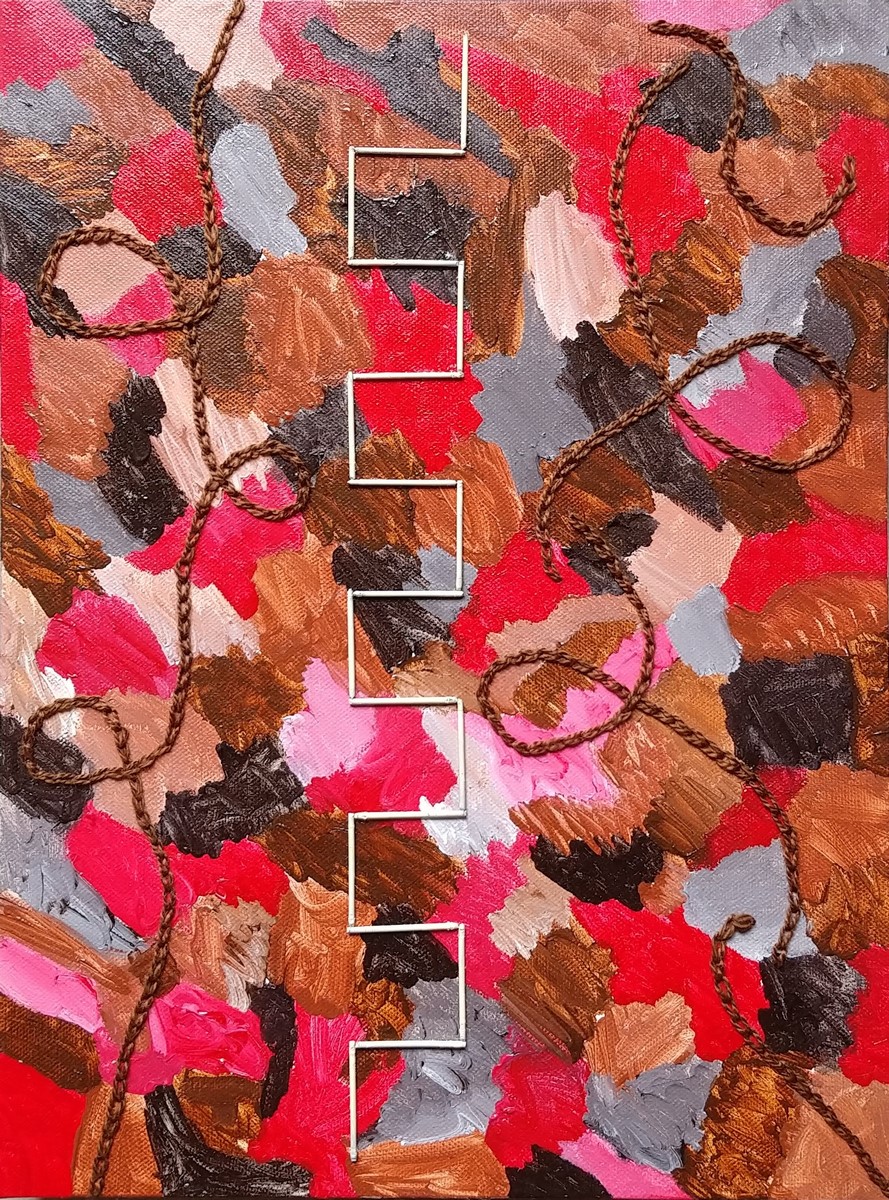 ArtWork “Out of the box” by Ana Soares. Photo: Disclosure.

Mini bio Ana Soares - Visual artist since 2016, the journalist, post-graduate degree in Cultural Journalism from Uerj, was subeditor, columnist and reporter for the newspaper O Fluminense, in the Culture publishing house and in the OFLU Magazine, from 2010 to 2019. Signed by 7 years the Gourmet weekly column, gastronomy, and still, by season, the Cinema columns, Arts, Tourism and Books. There were more than eight years of published reports and interviews, with names like Fernanda Montenegro, Elza Soares, Nelson Pereira dos Santos, Evandro Teixeira, and countless artists, curators and specialists in the most diverse areas, as anthropology, Psychology, Sociology, Medicine and Economics. Presented a program about cinema on radio and TV by 3 years.

In 2017, created the Mundana, canal no YouTube, where did you disclose for 3 years cultural content, with interviews to talk about theater, cinema, exhibitions, gastronomy and much more, beyond Instagram @mundanacult, dedicated to cultural programming in Rio and Niterói. Worked as a theater producer for director Eduardo Wotzik, at Wotzik Produções Artísticas; and currently (2020-2021) follows as visual artist, integrative therapist and communication advisor at the Municipal Health Secretariat of Maricá. 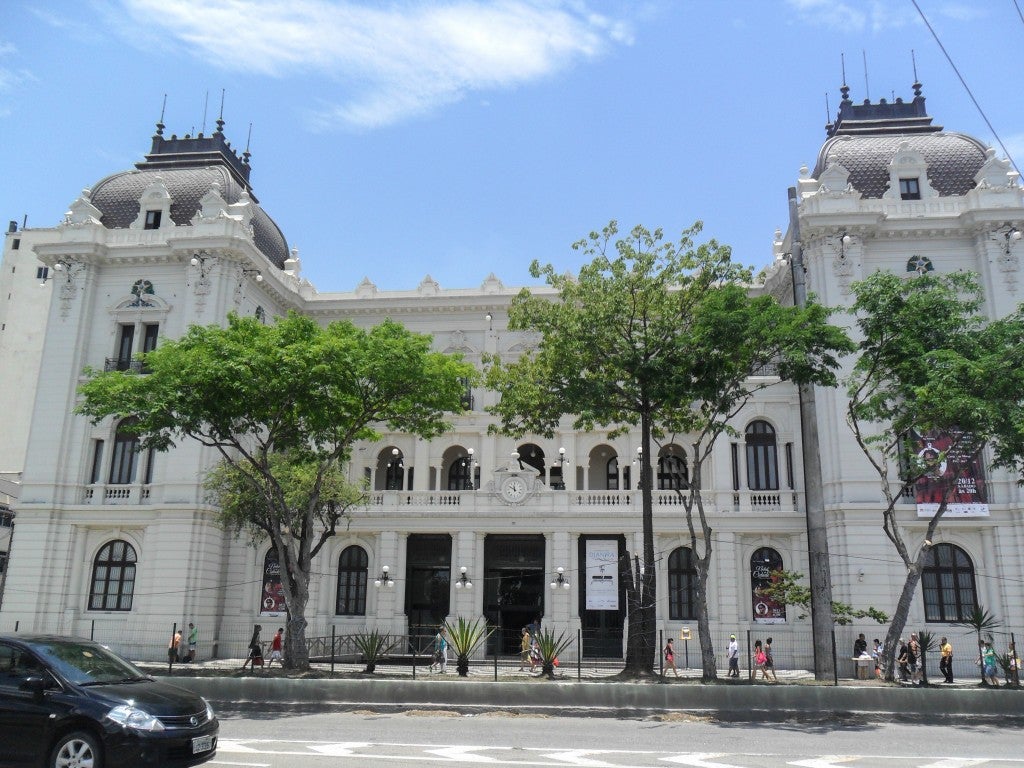 ART - In 2019, attended Parque Lage School of Visual Arts, as a student of master João Magalhães (1945-2019), in your last class. In August, was selected for the collective of the 7th Visual Arts Salon, whose evaluation committee was formed by the director of the Museum of Contemporary Art (MAC), Marcelo Velloso; by the director of the ICG, Ricardo Freitas and the director of the French Alliance of Niterói, Julie Mailhé, following the criteria of originality and composition. The work “Survival” (see more details at @anapsarte) was exposed in the French Alliance and “Old Life” no ICG, both in Icaraí, Niterói. In the same year, was selected to participate in the Art Auction of 2019 directed by auctioneer Júlia Fonseca (www.jfleiloeira.com.br), that happened at the Behring Factory, in Rio de Janeiro, with the work “Velha Vida”.

Born in Guaíra, in São Paulo, the journalist lived in Niterói for 12 years and, recently, moved to Maricá (RJ). Ana believes in the driving force of culture, in the creative potency of the human being and, mainly, in the transformative capacity of the arts over us and our society, provoking reflections, questions, restlessness and arousing emotions.

Previous: Aliança Francesa hosts the event A breath of art to improve the climate in the day 31/03
Next: Age is a problem for Brazilian authors?