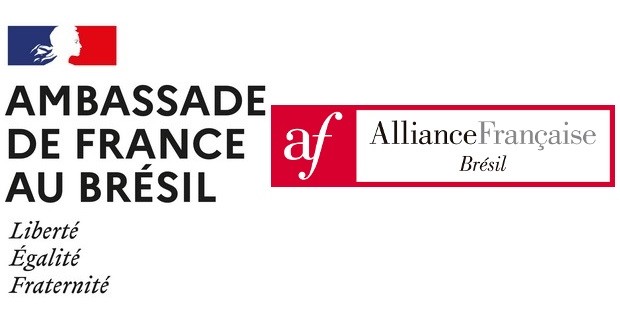 The French government, through the French Alliances network, launches the campaign #plusloin *, which invites young people from all over the world to learn French and, and, expand your horizons and go further*.

The campaign, fully digital, is aimed at young people 18 and 25 years and provides, in 34 countries, interlocutors for a real-time French conversation, via Whatsapp. The goal is to encourage young people to venture into the new language and find out how the French language can help them go further – in the studies, in life experience, in making dreams come true, in professional success.

#plusloin gathers the testimony of people who had the support of the French language to arrive further. Celebrities of various nationalities participate, as English actress and singer Jane Birkin and Spanish choreographer and director Blanca Li, among so many others. But not only! The campaign also features anonymous young people with beautiful stories of success and overcoming.

Kadjyna Aniceto grew up in the Rocinha slum. Got a scholarship at PUC in Rio de Janeiro. He graduated in Chemical Engineering with a double degree in Process Engineering, no Insa – Rouen National Institute of Applied Sciences, in France. With sharp French, is responsible for the “business intelligence” from L'Oréal's Professional Products Division.

A chat in French by Whatsapp – In addition to a site dedicated and social media posts, the campaign provides a number of Whatsapp – +33 6 99 82 13 75 – where those interested will be able to understand a little more about the reach of the French language and the doors that the language can open. The person on the other side is a resident of the country, fluent in french. As the campaign is worldwide, the device is available in six languages: Portuguese, English, Arab, Chinese, spanish and russian!

The campaign #plusloin aims to show that French is, on an international scale, a modern language, accessible and that can unlock new professional opportunities. Only in Brazil, are about 1.000 French companies in operation.

The French language – Currently, 300 millions of people speak French all around the world, according to the International Francophone Organization. The network of French Alliances congregates 830 schools in 134 countries, 34 of them are in Brazil and bring together about 22 thousand students. Alliances are non-profit institutions and part of the vacancies are destined for underprivileged students.

The campaign #plusloin happens simultaneously in 75 countries. The first phase, which includes participation by Whatsapp, runs until the 2nd of October. #plusloin is developed by the French Institute, organ in charge of promoting French culture abroad and also aims to accompany and support the return of activities across the French teaching network, impacted by the pandemic this year 2020.

The French Alliance arrived in Brazil in 1885 and celebrate, in 2020, 135 years! Currently, the extensive network of the French Alliances in Brazil has 34 units distributed throughout the country, illustrating the importance ofthis long-standing partnership between Franceça and Brazil.

A Institut françback is the public institution responsible for France's cultural action abroad. Under the double supervision of the Ministerisriver in Europe and from Foreign Affairs and the MinistryisCulture River, actively contributes to diplomacy of iinfluence of France. Its projects and programs are based on a unique implementation capacity throughiss of the vast network of cultural services of the French Embassies, French Institutes and Alliancesas Francesas present us five continents.