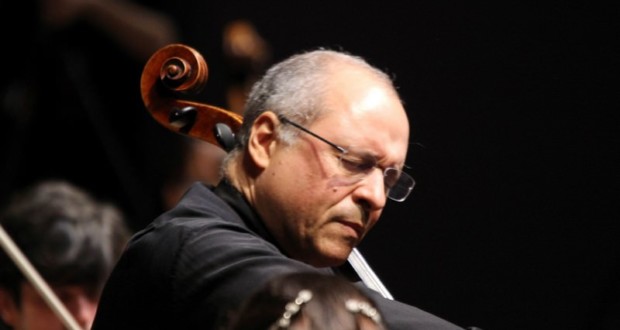 One of the names of Brazilian music of greater international projection, the cellist Antonio Meneses is part of a team of professors of 34th music workshop of Curitiba and do a solo recital on Saturday (9), às 18h30, in the theater of the Armory. Menezes will present the Suite No. 2 in d minor by Johann Sebastian Bach, the 12 Caprices for Solo Cello, the Italian Carlo Alfredo Piatti and a Spanish cellist Gaspar Cassadó 's suite.

True phenomenon of the world classical music, Antonio Meneses is one of the few Brazilians who belong in fact to the stellar group of this area. Born in 1957, in Recife (PE), Antonio Meneses went to live in Rio de Janeiro as a child, because your father, the trumpeter John Jerome de Menezes, was invited to join the cast of the Theatro Municipal do Rio de Janeiro. With six years old began cello studies, winning several competitions, among them the proof for a soloist with the Brazilian Symphony Orchestra. At the age of 17 years went to study in Germany, where he attended the Musikhochschule in Düsseldorf and then went to Stuttgart, and in 1977 obtained the first place, unanimously, in the international competition of Munich, competing with 40 candidates.

In 1982 won the Tchaikovsky Competition in Moscow (Russia) and began a brilliant career. Recorded with the Austrian conductor Herbert von Karajan, one of the greatest conductors of the century 20, and the Berlin Philharmonic Orchestra. The records of the play "Don Quixote", by Richard Strauss, and the "Double Concerto", by Johannes Brahms (that was also the violinist Anne-Sophie Mutter), made with Karajan, are must haves in classical music nightclubs. In 1997 He recorded the CD "Preludiando", with the classics and songs of his own.

With extensive discography, He was a member of the Beaux-Arts Trio, having cooperated with the Emerson quartets, Vermeer, Amati and Carmina. In addition to his concert schedule, Antonio Meneses directs courses in Europe, in the Americas and in Japan. In October 2007, assumed the position of professor of cello at the Conservatory of Bern (Switzerland). Antonio Meneses plays a cello by Alessandro Gagliano, made in Naples (Italy), in 1730.

Previous: Start the Year in the Museum Casa do Pontal
Next: Concert features music from the French Court of Louis XIV