Registro is a compilation of all the tracks present on the six EPs.

The Group Nico Antonio and the Children of the Sea have just released their debut album "The Pachyderm", the record is a compilation of all the tracks present in the six EPs released by the group. listen and download here: linktr.ee/nicoantonioeosfilhosdomar.

"The Pachyderm", is an album released in the form of an "opera song", with a structure similar to a rock opera, but influenced by Brazilian rhythms and composers, with 15 tracks, the album is part of a project that began to be thought about and built long before its release.

Before the album, the group has released six EPs in the last few months: En. I: Trumpet, Pt.II: Ear, En. III: Trunk, En. IV: Paws, Part V – Tail and En. VI: fangs. The division into six parts was inspired by the “Tale of 7 Blind Sages and the Elephant", where each EP constitutes a part of the elephant. About the story's inspiration for the EP division, Nico Antonio, musician and vocalist of the group comments: “I have always been fascinated with the figure of the elephant and in mid- 2009 I came across this tale of the “7 Blind Wise Men and the Elephant” and found the message very potent. At the time I still didn't have the clarity to make a concept record about it, but I started researching elephants and it turned out that these researches stayed in my subconscious.. The idea of ​​splitting the EPs was by Juliana Gushi, one of our singers and a member of the band, on account of 6 parts of the elephant that the tale deals with, with that we also structured the name of the EPs.” 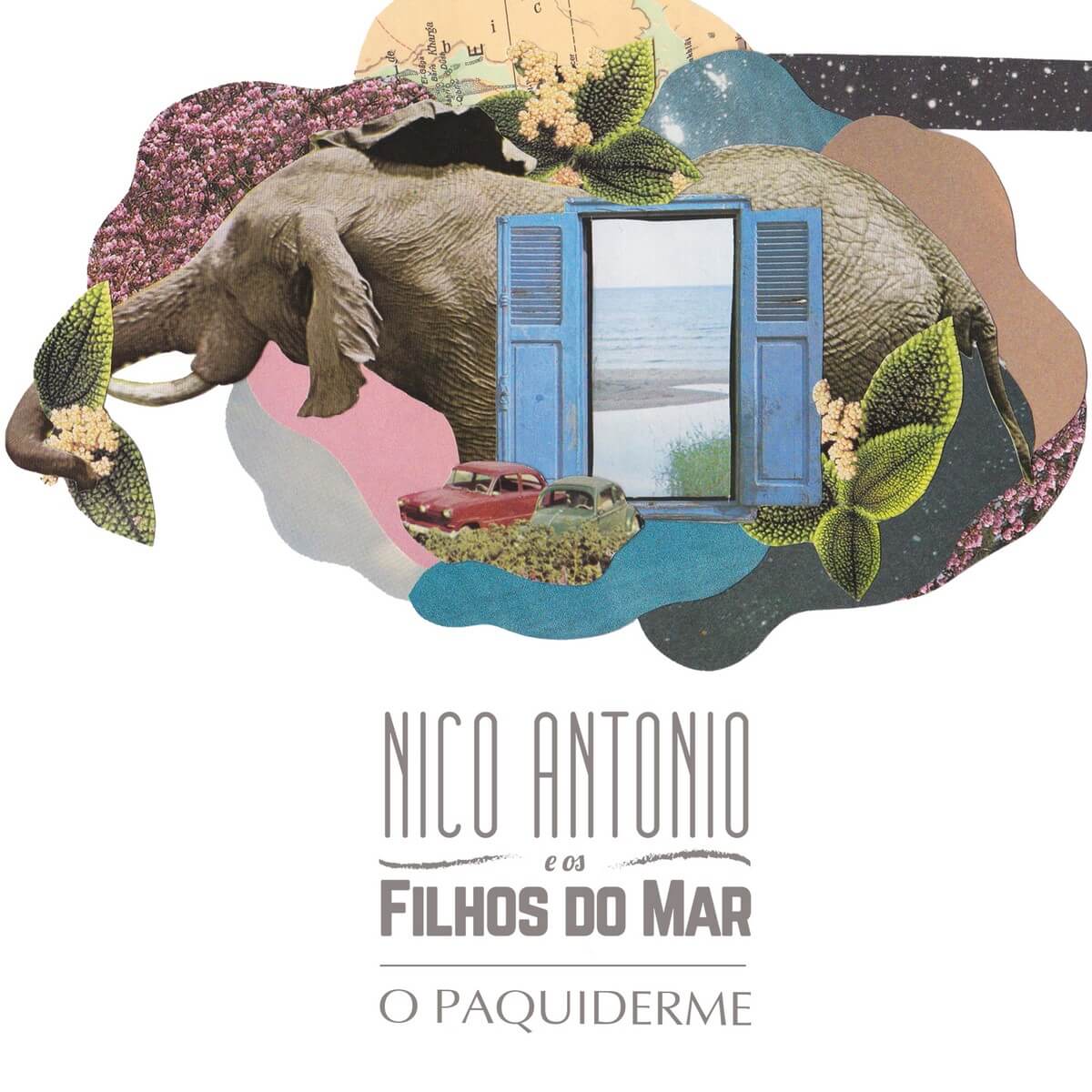 Debut album “O Paquiderme”, of the group Nico Antonio and the Children of the Sea. Disclosure.

Each of the released EPs has a narrative focus within a single story.: the woman's life in its resistances and oppressions. No EP Pt.II: Ear, for example, track "Erasure" focuses the narration on an apartment where the protagonist finds herself imprisoned, enveloped by the forces that the City and her husband progressively impose, culminating in a poem by Murilo Mendes, describing this man, where does she finally leave behind.

No EP En. III: Trunk, we have the issue of motherhood being addressed in the three songs, at first "Son", the protagonist tries to understand herself as a future mother within a lyric song and smooth, already the second track "Sleeping" features a light baião where the mother cradles her child in soft images, that thicken with your concern, all this together with an excerpt from the book “A Dehumanização” by Valter Hugo Mãe and finally it is presented "Always", a farewell song, a mix of lightness and intensity.

On the use of excerpts from writers like Murilo Mendes in the song "Erasure" e Valter Hugo Mãe em "Ninanate", Nico explains: “The idea of ​​mixing excerpts from these authors in the songs came from an influence of Rick Wakeman, no disco Journey to the Centre of the Earth, where this particularity of the narrator who speaks between the songs is seen.” About how you met these authors, Nico comments: "My first contact with the two authors was at different times, who told me about Valter Hugo Mãe was Rafael Lauro, record music director, who I took guitar lessons with for a while, he introduced me and I went to see the work, when i made contact i was fascinated. Murilo Mendes I didn't know much either, but I had already heard about it and decided to buy a book by the author and I was delighted".

In addition to interpreting stories with musicality, the group also explores theater performance in its presentations. About this concept of mixing theater with songs, Nico comments: “The idea of ​​the theater came in the middle of the process when we were thinking about the launch show, we came to the conclusion that the language of the theater would have a greater power to connect the audience with the songs, that gave rise to the idea of ​​putting an actress acting together with the narrator and this narrator would also enter the story of this actress and would have all this theater dynamics.”

Nico Antonio and the Children of the Sea present in "The Pachyderm" todas as canções dos seis EPs agora juntas em um único disco, where 15 tracks echo in perfect tune. "This is a record full of symbols and messages, where we address many important topics, as our lifestyle that objectifies us, that we "pachydermis", turning us into thick-skinned creatures to try to deal with our problems. We also discuss the difficulties that women face, like oppression, maternal grief and abusive relationships, all these issues that are sensitive and important points to be discussed" explains Nico.

About Nico Antonio and the Children of the Sea:

Formed in 2017, in São Paulo, the band came up with the construction of the show “O Paquiderme”. In this work, a linear story develops from the poetic images present in the songs, portraying throughout the songs the transformations experienced by a woman who needs to deal with the oppressions of her "City".

Merge with copyright songs, excerpts from writers like Valter Hugo Mãe, Conceição Evaristo and Murilo Mendes, recited by a narrator. It is thus something that resembles in form the "rock operas", with a narrative guiding the compositions, but that distances itself from them in the aesthetic scope, presenting a sound that dialogues much more with Brazilian rhythms and composers.

Previous: Virtual Pandemic Exhibition
Next: NOA ESHKOL EXHIBITION WINS SPACES IN THE HOUSE OF THE PEOPLE