Home / Art / “Focus on a goal and don't look back. The past no longer exists, What lies ahead depends on your attitude in this, it means, now.” by Giovani de Arruda Campos

“Focus on a goal and don't look back. The past no longer exists, What lies ahead depends on your attitude in this, it means, now.” by Giovani de Arruda Campos 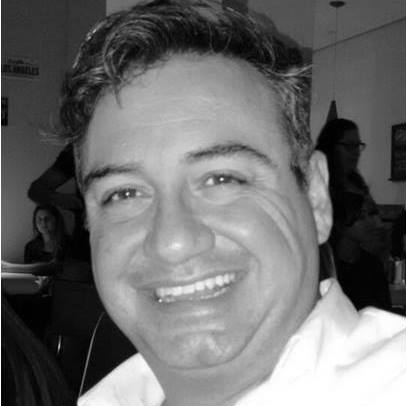 He is Coordinator and faculty member at the University Paulista-UNIP/Campus Sorocaba. Teacher with 8 years of experience in undergraduate and graduate courses in different institutions of higher education of the State of São Paulo, especially, in the region of Sorocaba, answered in this period about to 10 1000 students. Speaker and marketing consultant, where attended more than 40 companies so far. Come publishing articles and participating in national and international congresses, highlighting the IV International Conference of Communication in 2014.

Read her first article here on the site:

One of the most important qualities of a person is his ability to remain focused in the midst of so many entertainment options, of duties, of difficulties, it means, anything which causes the devolution of the individual to the things that really are important in life. Obviously, We are not here talking about people who have attention deficits, This is a psychological issue that affects some people. What we're dealing with here is one of those that are so focused and determined to achieve your goal, nothing around him removes the concentration, the focus.

However, in a world with social networks, Subscription tv, leisures 1000, without here put the mandatory issues of subsistence, which require us to work, paying the Bills, caring for children, caring for parents, meet the mandatory administrative routines, one of the hardest things to keep the focus on a goal. However, to get somewhere, be professional or personal, you have to keep in line a goal without giving up or retreat, aqui cabe a resiliência, I treated in previous article. But without focus, resilience is unnecessary. Without focus, planning is unnecessary. Without focus, There is no direction, There is no objective, There's nothing.

Big winners, never lose focus on your goals. César Cielo, Brazilian swimmer, world record holder in the 50 and in 100 meters, in an interview said that to achieve the times gave these records, established in your room, at the head of the bed, in a visible role a number, to sleep and wake up at that time focused. Conclusions, years of training and focus, you turned one of the most important Brazilian swimmers of all time.

Another great example is the biggest Brazilian driver of all time. Not only by the quantity of securities records, but above all, the strong and determined personality that made him one of the most beloved Brazilian worldwide. Always focused, always focused on your goals, Airton Senna da Silva has influenced millions of people not only by his genius on the slopes, but, especially, for his ability to motivate millions of people acting with determination, courage and resignation. Even consecrated, with three world titles, dozens of pole positions, masterly overtaking, being considered the King of the rain, even with all these achievements and recognition from critics and even the opponents, even with all these reasons, never gave up to challenge their own limits. Died on the track in defiance of the tangent and force their own goals. Save the myth Airton Senna.

Well, but just as in swimming pools, as in the formula 1, in the business world, It is essential to have focus and determination. A seller of truth, don't chase the target set by the company, He seeks to overcome your own limits. His personal goal. If it reaches its goal in the initial 15 working days, still behind a magic number, set for yourself to achieve your personal achievement. It's obviously not all times we won. Even the athletes above lost, but, left us an important lesson, who, If we're not steadfast in our principles and beliefs, If we are not decisive in our will to overcome our own limits, We're not going to achieve any goal. We will be swallowed by the competition. Some say that working too much is not good for health, causes anxiety and stresses, already the others who think exactly the opposite, the work is which gives you more health and happiness. Everything is done with passion and love, It is made in such a way that we do not notice the tiredness. Soon, to be focused, you need to really like what you're doing to the point of leaving aside numerous other things that can provide pleasure. However, who has focus, determination, and will to win, would you like to leave your name noted in history, It's not just here as a mere spectator of the achievements of others, is here to star in, to be the leading actor of the film of your life.

focus, determination, and will to win…

It is not a matter of arrogance, or any other interpretation jealous may seem these places, It is a power that we all have to revolutionize life, that is within all of us, but some believe and some don't. If you are in the class who believes knows what I'm talking about, already made unimaginable things in your life, but, If is the class you think “I would never be able to do that”, your mind is your biggest tormentor, your greatest enemy. The first difficulty, its focus will be returned to this small sentence defeatist. No matter who you are, get that thought out of my head, because where we are is where are our thoughts. Instead think of, “I am able to revolutionize my life, and I'm going to start NOW.”