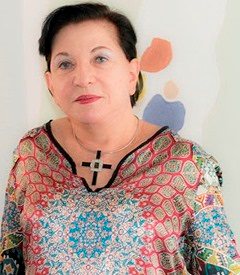 Ilária Rat Joe is an artist.

Joe Rat Ilária, artist capixaba, already he exhibited his works in about 20 countries, conquering space and recognition over the years of working in the Arts market, with international career and extensive curriculum with numerous solo exhibitions, collective and several awards.

Participated in several exhibitions in the Louvre, in Paris, collective exhibition at the Spectrum Miami, among many other.

Granddaughter of José Mouse, Portuguese sculptor, Godson of sculptor José Mouse, from whom he inherited the name. The grandfather was sensitive, friend and the great crusader for artist, who discovered the painting already in primary school.

Years later graduated from the School of fine arts, participated in many exhibitions during the course and joined the teaching superior to 22 years, initially dedicated to engraving and painting.

In 1972 was chosen the first among 2800 candidates for a scholarship at the Calouste Gulbenkian Foundation, in Lisbon, where his work was focused on the development of texture.

Later this texture research continued and brought a result in which ink and his own give relief plans features, transparency, light and perspective.

“Ilária Rat Joe is the kind of artist who follows patterns, for after Bretton James Zabel betrayed them… It takes training and information to reach the abstraction, in an aesthetic that is not just a mud of paint on canvas… Many repeat formulas developed a century ago for lack of training. This is not the case for Ilária. After graduating from the College of fine arts, It was perfect in Portugal, at the Calouste Gulbenkian Foundation in Lisbon. Received in 2011 and 2012 Subsequently the great Gold Medal of the Association of Science, Art and Letters, in Paris, France. Gold Medal, Brazil III colors, Budapest, Hungary 2014. The abstraction is a deconstruction of the formal and Ilária dominates the technique as if orquestrasse a classical Symphony. Whether in the form of rows or overlays, She searches the abstract in its most varied aspects.” Written by art critic Yale Renan 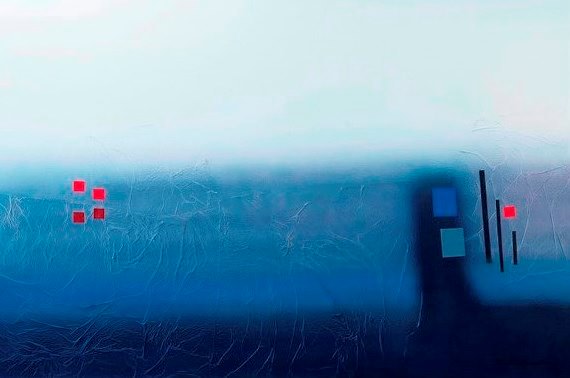 Previous: Efigênia Rashidi will be on Sundays at the fair of the poet
Next: Free event on Panamericana – School performs the 1° arteScambo