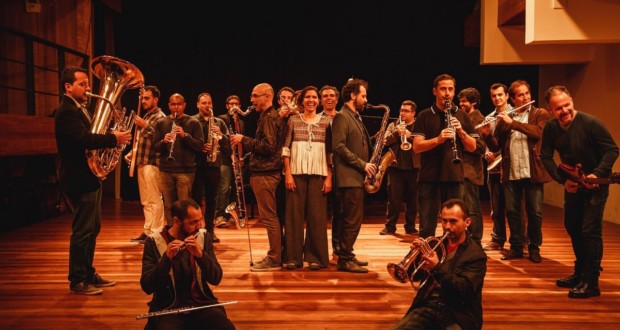 The orchestra Wind Base launches CD with singer Izabel Padovani

The São Paulo singer Izabel Padovani is the guest of the Orchestra of Curitiba Wind Base (OABS) to launch the CD Passarinhadeira, recorded live in 2017. The concert takes place on 8 July, 19h, the Auditorium Salvador Ferrante, from Oscar Niemeyer Museum. The repertoire is entirely devoted to the songs of Guinga, one of the most important Brazilian composers of our time.

Passarinhadeira is the seventh CD of the group's trajectory. "So far we only work with living composers. It ends up being a work proposal. The Guinga was chosen because it is, really, one of the leading composers of our time. Of the few that are achieving renew ", evaluates the maestro Sergio Albach.

The singer Campinas, on the other hand, says that playing with an orchestra is a privilege and play with the former's wish OABS. She met the training when he attended the Music Workshop and immediately liked the group's sound. "They are great musicians in the cast. I come some time talking to Sergio about doing a project together and now finally the opportunity arose ", explains Izabel Padovani.

Izabel feels toward one hell challenge. "It's a complex work, thorough, which demands dedication and constant testing. Personally it's a realization, a pleasure, a project built step by step with these great musicians who pay our tribute to the great Brazilian composers and genre tradition of excellence song ", scores.

Previous: The exhibition Des Color! by Rosângela Vig
Next: The exposure of Miriti Nudity Francelino Mosque