Shows already received more than 800 thousand visitors, going ahead of major exhibitions of the artist performed last year in Europe. At the weekend, The cultural center will open at 9am on Saturday and only close to 21h Sunday, By staying open 36 extended hours. During the night there will be performances of DJs and Marcello H Armando Babaioff. 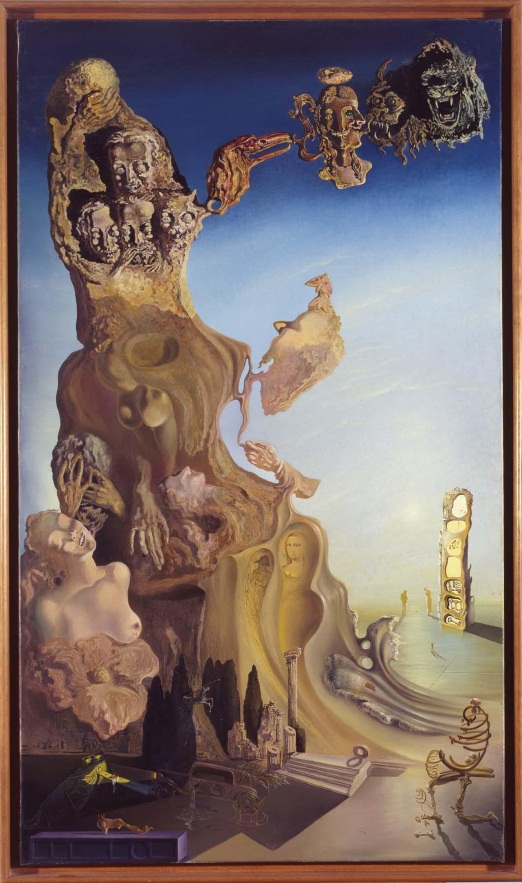 On 22 September, Monday, reaches the fim season Rio's largest retrospective of Salvador Dali in the country. The show, exhibited at the Centro Cultural Banco do Brazil Rio de Janeiro (CCBBs Rio) since 30 de Mayo, already received an audience of more than 800 thousand people - stepping in front of the artist's exhibitions held in 2013 the Reina Sofia (732 thousand), in Madrid, and the Pompidou (790 thousand), in Paris, as well as The Magical World of Escher (570 thousand), set in CCBBs in 2012 and elected the most visited in the world that year by The Art Newspaper.

“It is with great enthusiasm that CCBBs Rio celebrates over 800 thousand visitors on Display Salvador Dalí in the year that celebrates its birthday 25 years. The numbers in recent months reflect the receptiveness of the public to Job's fascinating past master surrealist. And for those who still can not book an appointment to see their works, CCBB keep the doors open during building 36 Viradão uninterrupted hours with the last weekend of the exhibition”, says Marcelo Mendonça, General Manager of Centro Cultural Banco do Brazil Rio de Janeiro.

Who has not had the opportunity to dive into the world of dreamlike and provocative Catalan painter has another week to give exposure. The public can also enjoy the Viradão what happens on the last weekend of Salvador Dalí, when the cultural center opens at 9am on Saturday (20) and will only close the doors 36 hours later, às 21h de domingo (21). To encourage the dawn, 23h at 4pm there will be presentations of H and Marcello DJs Armando Babaioff.

The exhibition brings together for 150 parts - 29 paintings, 80 drawings and prints, as well as documents and photographs - welcome major institutions colecionadoras artist, to Gala-Salvador Dalí Foundation (Figueres), the Museo Nacional Centro de Arte Reina Sofia (Madrid) and the Salvador Dalí Museum (Florida). The exhibition features the production of Dalí since the early 1920 until his last works, giving visitors a clear understanding of its evolution, Not only technical, but their influence, thematic resources, ideological references and symbolism.

Salvador Dalí occupies about 1.000 m² on the first floor of CCBBs and traces the artist's path passing through various stages of production. You can view the screens of the period of his training as a painter - “Portrait of father and house is Llaner”, from 1920, and the “Autorretrato cubist”, from 23. A fase surrealista, that gave worldwide fame to the Catalan, is portrayed in paintings that feature his paranoiac-critical method of interpreting reality, very significant works as “The feeling of speed” (1931), “Imperial Monument to the woman-child” (1929), “Figure and Drapery in a Landscape” (1935) and “Pagano's landscape medio” (1937).

The public can still give Dalí's contribution to the seventh art. Movies The Andalusian Dog (The Andalusian Dog, 1929) and The age of gold (L'age d'Or, 1930), co-directed by Salvador Dalí and Luis Buñel, and Spellbound (Spellbound, 1945), de Alfred Hitchcock, whose dream scenes were designed by the painter, are displayed within the exhibition space, presenting a little more diversity and language adopted by photographer. The collection also includes papers and books in her library, File from the Center for Studies Dalilianos, that dialogue with the paintings giving visitors a biographical and artistic journey through the career of Dalí.

This is the case of securities Immaculate Conception (1930), André Breton and Paul Eluard, and Onan (1934), the Georges Hugnet. The rarities had their title pages signed by Salvador Dalí and surrealism depict the bases in the literature. The set includes drawings created to illustrate the book Songs of Maldoror (1869), inspired many artists of the period, both by its subject and by his description of a dream world, making its author - Isisdore Ducasse, known as Earl of Lautrémont - one of the forerunners of the movement. Illustrations made for the classics of world literature Dom Quixote of La Mancha, Miguel de Cervantes, and Alice in Wonderland, de Lewis Carrol, completely shows.

The exhibition is organized by Instituto Tomie Ohtake in partnership with the Centro Cultural Banco do Brazil, the Foundation Gala-Salvador Dalí, the Museu Nacional Centro de Arte Reina Sofia, and the Salvador Dalí Museum. Salvador Dalí is on display in Rio CCBBs until 22 September and then heads to Sao Paulo, which will be held at Tomie Ohtake between 19 October and 11 January. The show in Rio de Janeiro is sponsored and presented by Banco do Brasil and by BB Mapfre Insurance Group and, sponsored by Arteris and the support of Brasilcap e do IRB Brasil RE.

Viradão: 9am the day 20/09 (Saturday) until 21h 21/09 (Sunday). Presentation of Marcello H DJs Armando Babaioff between 23h and Saturday until 4am Sunday.

Previous: “Love of art and skateboard” by Edmundo Cavalcanti
Next: “Exhibition Verso in Colors” of the Artist Rita Caruzzo