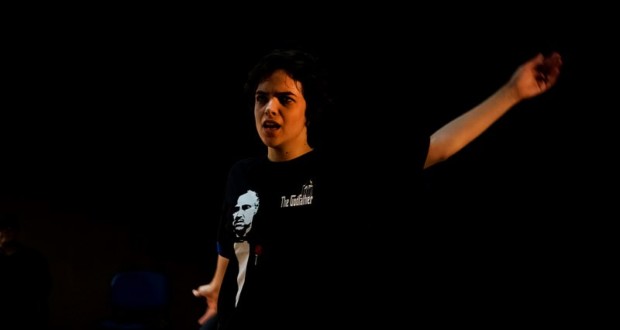 Core Director Arteries, Adriana Grechi, Minister the DANCE CREATION WORKSHOP no Sesc Belenzinho, days 16 and 17 February 2:00 pm to 6:00 pm. The participation is free. The students in this workshop are invited to contact the process of creating the show BANANAS 15 the core Arteries, experimenting with gestures, desires and behaviors that make up bodies considered masculine. Triggering the digestive system of the body and its basic survival standards, participants will explore visceral bodies, primitives and hungry that create specific ways to occupy, consume and dominate territories.

With a load time of 8:00, interested candidates should send a brief resume until day 12 February for the email oficinacriacao@belenzinho.sescsp.org.br

The workshop is part of the programming of the ART project-Noun which began in January and continues until April at Sesc Belenzinho, with discussions, shows, workshops, shows adults and children and juveniles. 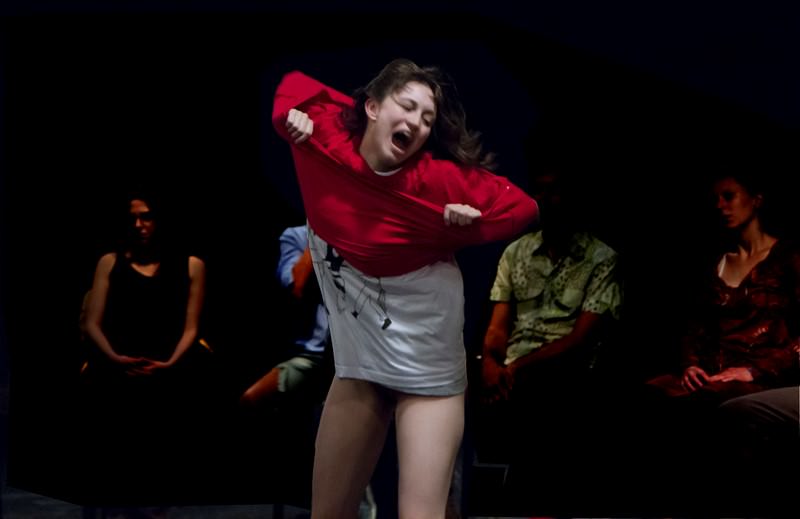 A ART-noun feminine puts light on woman, as main focus of works chosen for bringing relevant thematic and from different points of view about the feminine. The idea is to approach the woman in the arts, both the content of the works – his fights in battles, within history and society-, as in the management and creation of jobs.

In addition to the workshop, the core features of Arteries 19 to 21 February the dance show Bananas 15. In this work, the core Arteries investigates gender constructs through the imaginary exploration and desires considered exclusively male. The work exposes the reiteration of the gesture that formats and modulates bodies, creating volumes and ways to occupy and dominate territories. The show asks boundaries between genres, between spectator and performer, in a series of experiments triggered by the body's digestive system and their basic survival standards. A body that prevails, an invention of men that still shapes dominant presences.

Until April will be presented, within the project ART-noun feminine, adult shows Meat, the Kiwi theatre company directed by Fernando Kinas, The Mad, of the brave Company and directed by Fabio Rezende and I got pregnant, Pari Horses and learned to fly Without Wings!, of Cla The Crespos. Also part of children's and youth programming, The Present Orum Do you know your capoeira collective, directed by Johana Albuquerque and dramaturgy of Thaddeus Renato. 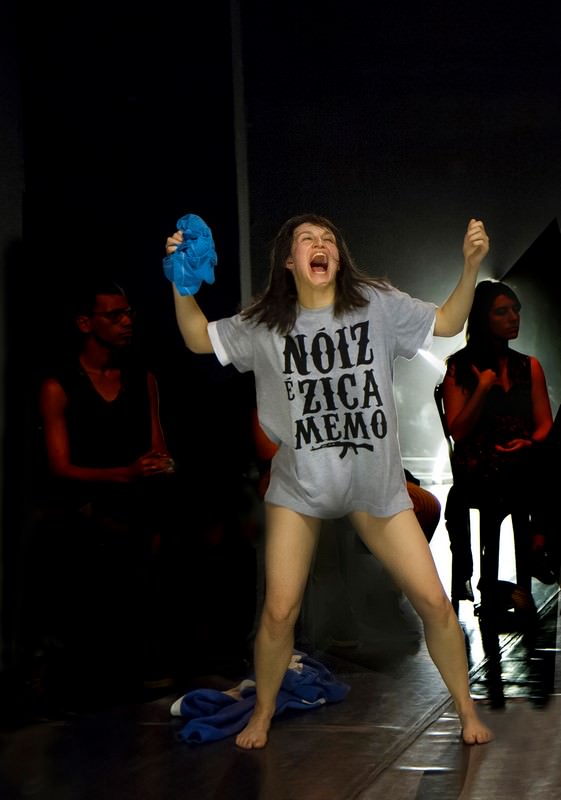 Choreographer, dancer and dance teacher, graduated from College of new dance S.N.D. the. -Amsterdam. Created several performances between 1988 and 94 in the Netherlands. Was one of the founders and directors of the new Dance Studio (Search movement, teaching and creation) until 2003. He directed the Cia. New Dance (1995-99) and the Cia. 2 New Dance (1999-2002). In 1999 with the New Studio Dance companies received the "Grand Prix de la critique" of São Paulo-APCA-lifetime achievement. Choreographed for various groups, among them Pia Fraus Theater, Ballet Guaíra 2 (Curitiba), CLA. Rua das Flores (Curitiba), Northern Youth Dance Company (England), Connections 5 (England). In 2002 presented the show "the whole thing falls apart" with the Cia. 2 New dance at the Rencontres Chorégraphique de Seine-Saint-Denis/France. He has given workshops and regular courses of contemporary dance and creation in several cities of South America and the United Kingdom. Coordinated the Studio moves from 2004 to 2007, since 2008 coordinates the Studio Ship. Is the project initiator Theorem, that in 2010 held its seventh edition. Founder and artistic director of the Contemporary Dance Festival of Sao Paulo, that in 2014 completed seven editions. In 2003, Adriana Grechi transforms the CLA. 2 New dance in Core Arteries. In 2003 Adriana Grechi directed "arteries. 2", first work with the core Arteries. In 2004, for the show "Why I never became a dancer" received two Arteries core APCA, was selected by the "8th English culture Festival" and "Theatrical Journey of the SESI" conducting presentations throughout the State of São Paulo, In addition to participating in various festivals in Brazil.

In 2006 the core Arteries initiated the project "Liquid Trilogy", which reference the work of sociologist and thinker Zygmunt Bauman, formed by the creations "5.1 Noise" (Klauss Vianna – Funarte Awards, Rumos Itaú Cultural dance, Promotion of Municipal culture and Cultural Box), "Mobile Frontiers" (APCA dance creation in 2008), and "Fleshdance", presented in March 2012 at the Festival On March in Marrakech in Morocco. In 2011/2012 the core was sponsored by Petrobras Cultural Program performing seasons and national movement. In 2013 premiered "BANANAS" in 17 English culture Festival in São Paulo. In 2014 premiered "Dark visible" with support of the 14th announcement to encourage Dance.

Received several awards over the last decade with the Group, such as, 3 APCA. His work with the core has Arteries as the research focus of bodily States, of artistic sharing systems and the connection with other media.

The core Arteries is dedicated to continuously own and corporeidades investigation of artistic sharing systems to reflect on the transformations of the body and human relations in the contemporary world.

The members of the group experience in their bodies as consumerism, the instability, the uncertainty, the constructions of gender and a Rejoinder are affecting our perception. The core Arteries forehead other forms of notice, transforming modes of operating the own body and its possibilities of connection with other bodies.