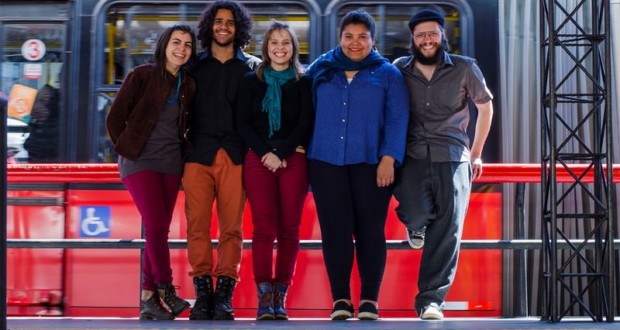 The band Curitiba Sincopé makes show of release of the album "puzzle" this weekend, days 9 and 10, at 8:30 pm, in the theater of the Armory. Composed of 15 new songs, the album is the result of eight years of musical exchanges, with mature and unusual arrangements.

On his show, Sincopé presents unique themes with irreverent arrangements, using unusual instruments and percussion. The themes for the urban universes and sentimental stroll, as well as the critical contemplation of subjects as the human loneliness and passion.

In its path, the band has participated in various festivals: FEMUCIC, Festival of the song of Maringá in 2007, Culture Festival of the Federal University of Paraná, Music workshop of Curitiba and WebFest Valda 2012, in Rio de Janeiro. In the latter, the group reached the second place overall among 500 registered and Member Natalia Bermúdez received the award for vocalist revelation.

Previous: Short ' bird ' Skin appears in shows Premiere Brazil: short documentary competition at the Festival do Rio
Next: Philos series debut in October directed by João Barone on the participation of Brazil in World War II