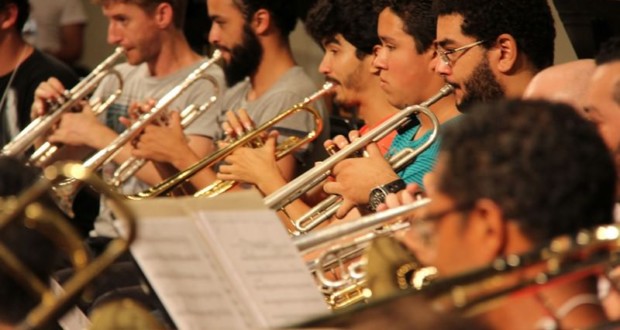 Test of the Symphonic Band of the 34th Workshop. Photo: Alice Rodrigues.

Approximately 80 students will be on stage at the Teatro Guaíra to the concert of the Symphonic Band of the 34th music workshop of Curitiba. The show, This Thursday (14), at 8:30 pm, marks the closure of the school of practice of this kind of training set, bringing together basically wooden instruments, brass and percussion. The Regency is the maestro Akil Chiquini, who prepared the group in less than a week of rehearsals. 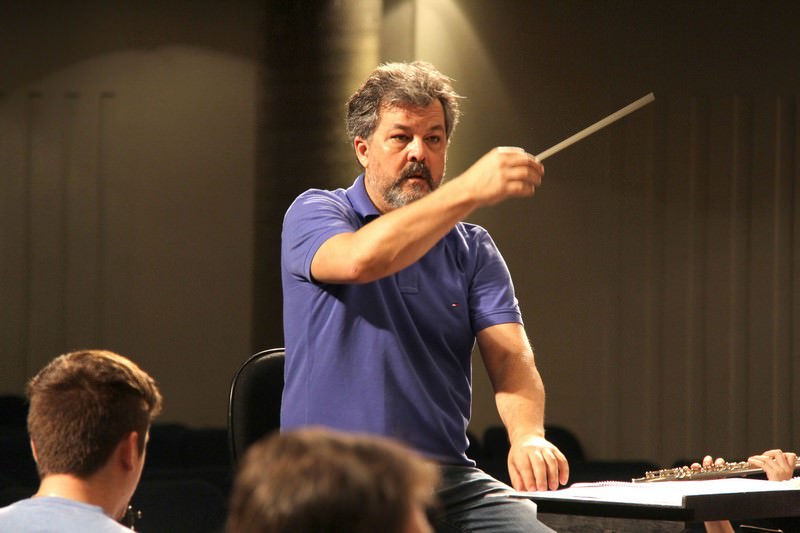 "The repertoire is almost ready. Now it's just mature ", Chiquini says, considering that the group is prepared to perform a repertoire of hard parts and well prepared. In the program are the works "Divine Comedy", Robert W. Smith, "Perseus", Satoshi Yagisawa, "Concertino for flute and Symphonic Band", Ferrer Ferran (with the participation as soloist of flute Vinicius Lira), "Noble Symphony", Robert Jager, and "Danza Sinfonica", James Barnes. The concert will also feature the participation of pianist David Sams.

Akil Chiquini, He was a pupil of the music workshop, Assistant of important conductors who passed through the festival and assumed the post of principal conductor of the Symphonic Band in 2013, praises the level of students. "My story in the music workshop starts at 1984. The workshop has grown a lot in numbers, in terms of logistics and, on the artistic, the level is too high. There is a progress year by year. The level of teachers is excellent and it attracts good students for courses ", evaluates. Akil Chiquini's Symphony Orchestra horn player of Paraná. 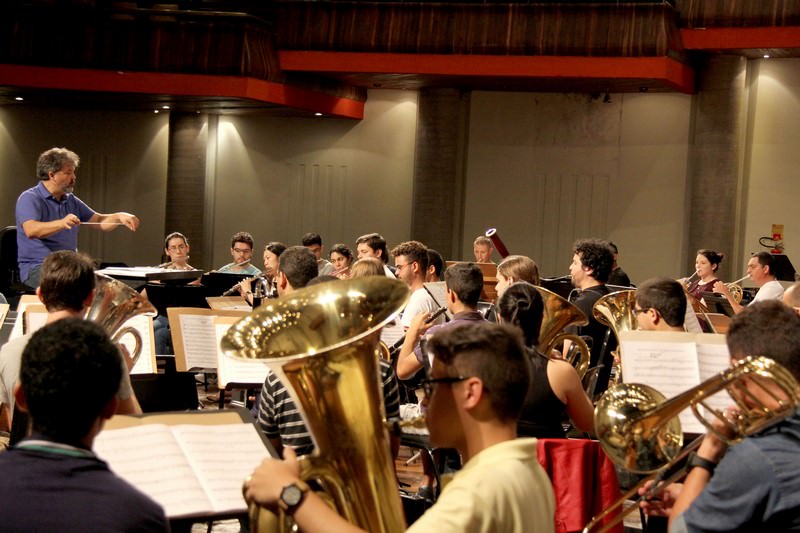 Test of the Symphonic Band of the 34th Workshop. Photo: Disclosure.

Soloists of the PUCPR – The Group of Soloists of the Orchestra of the PUCPR presents, This Thursday (14), a collection of South American music. The repertoire, a selection of works by composers of Paraná, Brazilians and Argentines. The concert starts at 6:30 pm, in the chapel Santa Maria.

A vocal recital, with musical direction of Sperandio and Savio singer American singer Sebnem Mekinulov, is on schedule this Thursday, in the Palace of liberty. The recital, às 18h30, brings together students of singing and vocal technique of the 34th music workshop of Curitiba.