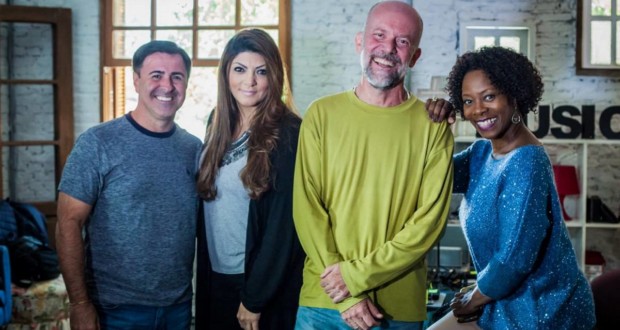 No arn't system enters day 4 September and its partners two famous broadcasters in the segment: Claudia and Patricia Alexander Liberato

In the 90, when the Pagoda movement lifted the samba to the largest audience figures, radio and TV, two female voices stood out in the best wave that pace ever lived: Claudia and Patricia Alexander Liberato were heard by almost 500 thousand listeners per minute through the waves of Radio Transcontinental FM (104,7). The programs were heard, visited by listeners and samba dancers and success it was inevitable.

Almost 30 years have passed and now, living in the moment of new technologies, the two broadcasters decided to join the talents and popularity for a new venture, that could only turn around the samba. They will put in the air, from day 4 September, a digital platform, with podcast content, streaming and news about the universe they know very well.

The system is on all social media, It can be accessed over the Internet and already has application. It will be a radio, a TV or a news site. “Does everything have good”, They say in chorus the partners. “We took one year planning what we wanted to offer our audience, already following us on social networks, where they mix musicians, listeners of the radio and people then wondering why we are not doing any radio program”, says Patricia Liberato, who recently left the Transcontinental, After 24 years in station, always ensuring first place. “We want to do what we like and interact in an increasingly dynamic way with samba dancers. We know it's a large universe to be explored”, Full Claudia Alexander, that since leaving Transcontinental, there is 20 years, I was near the internet, occupying the network with your Papo Bamba program.

The BR Brazil Show hits the market as a new hub communication and entertainment, focusing on Brazilian music, especially samba and promises to be an innovative TV channel and radio online, app, social media, producer and distributor of content also to other broadcasters in Brazil and other countries, as Angola, Miami e Portugal. Will be 24 hours of programming.

In an unprecedented partnership programming will be extended to the Bar Samba (Vila Madalena) a stronghold which will be transformed every week in a samba space, broadcast programs and chat, which is a kind of studio BR Brazil, to receive public, friends and samba dancers.

The application is now available for Andoid in playstore and who want, You can also follow the platform www.brbrazilshow.com.br.

The two anchors will command daily and weekly programs, along with the announcers Claudinho Luiz, who will present the Chest Nego Véio, and Roberto Labinas, that will give voice to vignettes and call radio.

An innovative design calls for innovators. Therefore, BR has a partnership with Thiago Beatriz (Pintinha), gift from House Beatz, where is the platform studio headquarters. Pintinha is responsible for all the audiovisual part, ensuring a unique and distinct expertise, who never saw.