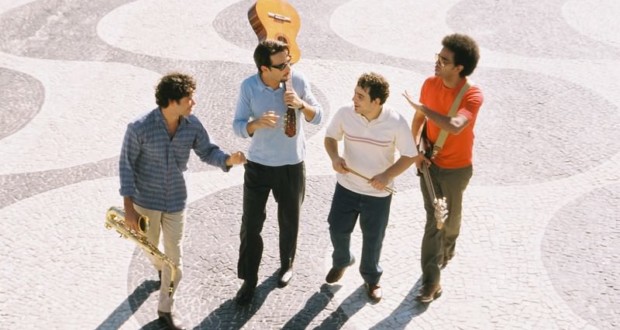 Cinematheque has special programming of the 34th music workshop

Starting next Thursday (7), the Cinémathèque de Curitiba displays musical movies within the agenda of the 34th music workshop of Curitiba. Special programming is free and takes place until the day 27 January.

Check the schedule
07 and 08/01
THE OFF-KEY (2008, 138’)
The 60. Joaquim, DICO, David and PC are young musicians and composers, who left for New York in search of success. There they form a group, called The Untuned, and integrate the movement that launched the bossa nova. Over the years they accompany the political scenario and Brazil music.
Direction: Walter Lima Jr.
List: Rodrigo Santoro, Claudia Abreu, Selton Mello, Ângelo Paes Leme, Andre Moraes.
Rating: 12 years

09, 10 and 24/01
ALL THE MORNINGS OF THE WORLD (Tous le Matins du Monde, France, 1991, 99’)
The story of the composer Sainte-Colombe, obsessed with perfectionism of his artistic creation and its ambitious student, It does not measure efforts to become famous and Rico. Beautiful photography and soundtrack of great sensitivity.
Direction: Alain Corneau
List: Anne Brocher, Carole Richert, Caroline Sihol, Gérard Depardieu, Guillaume Depardieu, Jean-Pierre Marielle
Indicative Classification: 12 years

12 and 13/01
MOST BEAUTIFUL THING – HISTORY AND CASES OF BOSSA NOVA (2005, 128’)
A history panel, musical and informative, about the musical movement called Bossa Nova, that began in the years 50 and reached its apex in 1962, with the confirmation of its internationalization.
Direction: Paulo Thiago
Rating: Free

14 and 15/01
LOKI – ARNALDO BATISTA (2008, 121’)
Biographical documentary about the life and work of Arnaldo Baptista, who was the leader and founder of the band Os Mutantes, one of the best-known Brazilian bands and also a fundamental part of the movement known as Tropicalia. The ups and downs of the Group, the output of Rita Lee, and also testimonials from people like Sean Lennon, Kurt Cobain and Devendra Banhart, all great admirers of mutants.
Direction: Paulo Henrique Fontenelle
Rating: Free

16/01
RODRIGO HERRMANN-LIFE AND WORK (2015, 15’)
This short documentary film investigates the personal and artistic life of Rodrigo Herrmann, organist, composer, music critic, teacher, conductor and arranger, He was born in the city of São Paulo (SP), in 18 January 1916 and died in Curitiba (PR), in 19 th November of 1971.
Through interviews with his heirs, family photos and articles, We solved the short, However dazzling life of this artist who left his mark on the sacred music of Paraná.
Direction: Elisa Herrmann
Rating: Free
Time: 19h30

17 and 19/01
HAT – MUSIC FOR THE EYES (2006, 88’)
Documentary about one of the most important composers of Brazilian music. The history of samba from one of its finest exponents. Using fragmented language, the film traces a panel of cultural education of Brazil, inviting a reflection on the construction of the country's memory. The portrait of a man who rebuilt with your time.
Direction: Hilton Lacerda and Lily Fernandez
List: Marcos Paulo Sen
Rating: 10 years

26 and 27/01
Atlantis CARNIVAL (RJ, 1952, p&b, 92’)
Xenofontes, a Dour professor of Greek mythology, is hired by producer Caecilius B. of Corn as a consultant for the adaptation of the classic Helen of Troy to the cinema. At the same time, two employees of the Studio, working as janitors, dream of turning the Greek epic on a comedy Carnival.
Direction: José Carlos Burle
Rating: 10 years

Previous: Reading houses have programming during the holidays from January
Next: Inaugural class and Camerata concert Mark start of 34th music workshop of Curitiba