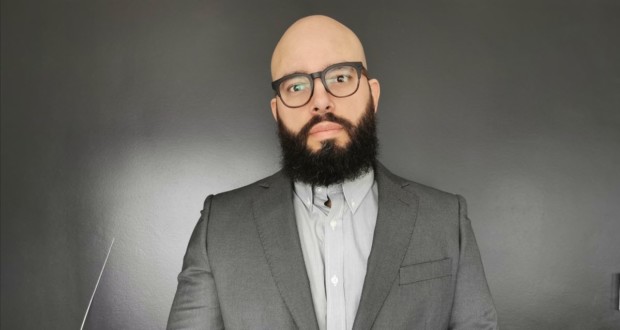 At the end of the 15th century, Christopher Columbus left Madeira Island (Portugal) and discovered America. Now, at the beginning of the 21st century, a Brazilian does the opposite way and brings incredible doses of wisdom to share with the Portuguese people of this same region.

Who carries the blood of this region is the neuroscientist, philosopher and psychoanalyst Fabiano de Abreu. Son of a Portuguese woman from Madeira Island. Today, at the age of 39 years old, also a journalist and scientist still lives in the mainland of Portugal, where he develops a series of scientific theories already published in quality journals, in addition to running a communications company recognized worldwide.

In a few years, the nurtured desire is to live on Madeira Island, same place where your mother was born: “I have as a goal when I retire, live on the island. I want to finish my studies and research, and be one more to take the name of Madeira to everyone ”, confesses the neuroscientist. And there he knows that he will be received by people of the same blood: "Most of my family is still on the island", guaranteed.

The blood that flows in Fabiano's veins has a lot of history to tell. Passionate about research, he discovered valuable curiosities about the ancestors: “I went looking for my family's genealogical tree and arrived at the browser António de Abreu, founding family of Arcos da Calheta. I went even further back, with the help of the Portuguese archaeologist Joana Freitas and I arrived at the ancestor of the navigator to go to King Rollo of Normandy, that is, there are Nordics in our ancestors of the Island ”, described enthusiastically.

Such research in the future will be told in a way that everyone will be able to know the history of this great family: “All of this research will turn into a book. I've even done DNA and ancestry tests ”, account. Born in Brazil, Rio de Janeiro, Fabiano always made a point of taking the name of the place of origin of his family in his conquests: “Me and my family always try to raise the flag of Madeira in Brazil. We have a strong connection ”, account.

From the point of view of communication, Fabiano de Abreu is a great pride for his countrymen. After all, he is considered by press professionals from different countries to be the world record holder in launching names in the media. To keep this record, he is currently the CEO of MF Press Global, journalistic company with clients and contacts spread across several countries worldwide.

As a researcher, Abreu has several theories approved by the International Committee in scientific journals. “One of my theories was published in several countries. In that theory he described that the Internet is making people less intelligent ”, explained. And to think that this theory was released in the year of 2018, well before another one on the same subject that won the press spotlight this year 2020.

Recognized even for the largest communication vehicle on the island of Madeira for its potential, Fabiano de Abreu is that kind of professional who never stops. The next objective is to launch “a pre-approved theory on intelligence”. In addition, he is also a member of “Mensa, high IQ association ”. In other words, is a personality that will still be heard a lot about him in newspapers around the world.

This content is part of an interview by journalist Marco Sousa from JM Madeira, main printed newspaper, online and island radio.

Previous: How to apply Feng Shui in your decor?
Next: LITTLE GIRL – Launch Day 24 December in cinemas and on Digital platforms