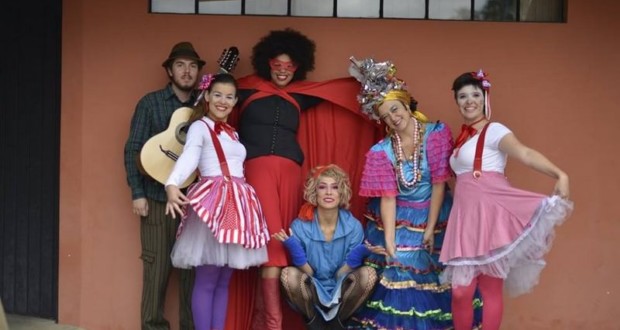 Cultural current has attractions for children

The Cultural Current offers on Sunday (8) two attractions aimed at children. At 10:00, the Stage of the ruins will be taken by the project About troupe. In a show that involves music, dance and theatre, Artists interpret cantigas de roda. In the Repertoire are songs known by kids: "Live Fish", “I threw the stick at the Cat”, "The Carnation fought with the rose", "The Canoe Turned", "Slaves of job", "My Lemon, My Lemon Tree ", "Down The Street", “Golden Rosemary”, “Lollipop that batter batter”, "Caballero Balloon" and “Samba Do”, among others.

At 11:00, in the theater of the Pia, will be performing the children's play "the first adventures of Don Quixote de la Mancha and his faithful squire Sancho Panza". Using the technique of wire puppets, the theatrical group "Auto parts" presents this show inspired by the classic characters of Miguel de Cervantes.

Of both read stories of chivalry, a naïve Spanish nobleman passes to believe strongly in the heroic deeds of medieval knights and decides to become, He also, a Knight in shining armor. For both, using a rusty armor who inherited from his great-grandfather, manufactures a cardboard visor and called himself Don Quixote de La Mancha. The desire to fight the injustices of the world and honor his lady, the character follows trip facing supposedly dangerous situations.

Tagged with: art Cultural Current Kids The Cultural Foundation of Curitiba Curitiba Institute for art and culture Stage of the ruins About Project Pia theater