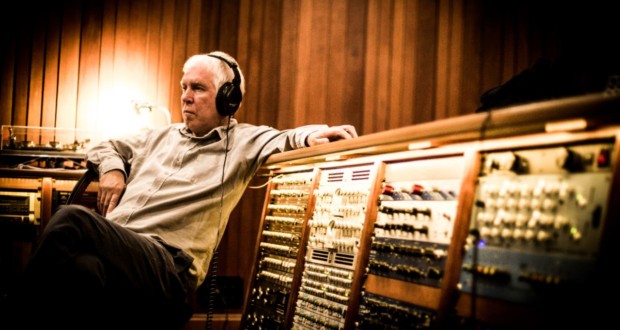 The artist, composer and filmmaker Climate (Eduardo Climachauska) features day 5 November, Tuesday, at 8:0 pm, nova performance no Center of the Earth. Ride, Clown! It is a blend of performance and show with the participation of the opera singer Giovanni Tristacci, who will be representing Pierrot. Then comes a show with Climate own (voice and guitar), Rodrigo Campos (Guitar) and Sergio Machado (battery) running the newly released album songs The comedy is ended, in addition to the previous album's songs, the Monument to the Unknown Soldier.

In the performance, the opera singer Giovanni Tristacci will be representing Pierrot. On the other side of the stage, a double, another Pierrot, represented by itself Climate, that in a tragicomic action, the sound of the aria Dress Jackets, opera Pagliacci, Ruggero Leoncavallo - with threatening pictures of light, Long copper wires and a lot of smoke -, perform an unexpected scene with the audience, which is invited to participate from the beginning, a combined action.

Born in 1958, lives and works in São Paulo. Degree in film from the School of Communication and Arts of USP (1976-1980), It has been conducting exhibitions, movies and videos displayed in major museums, cultural institutions and art galleries in Brazil and abroad. as a composer, It has over one hundred songs recorded by the likes of Elza Soares, Gal Costa, e Mariana Aydar, among others. It's constant partner Romulo Fróes and Nuno Ramos and has partnerships with names like Jards Macalé, Rodrigo Campos, Kiko Dinucci, Thiago France, Guilherme Held, Marcelo Cabral and Cacá Machado. As a solo artist, recorded two albums: Unknown Soldier Monument to (2016) and The comedy is ended (2019).

In addition to a bachelor's degree in music from the Federal University of Rio de Janeiro, He studied in music schools, Chapelle Musicale Reine as Elizabeth, Brussels (Belgium), Center enhancement Plácido Domingo, in Valencia (Spain) e Conservatorio del Liceu, Barcelona (Spain). He joined the casts of operas The scientist, do compositor Silvio Barbato, Gianni Schicchi, and served in a Gala Concert in Brussels next to the baritone Jose van Dam. He also participated in the seasons of the Teatro São Pedro, in Sao Paulo and the Municipal Theater of São Paulo. He was the soloist in Beethoven's Ninth Symphony, accompanied by the Symphonic Orchestra of Belgium, and 2013, She was soloist with the Philharmonic Orchestra of Luxembourg.

The show Ride, Clown! integrates Music programming Center of the Earth. The cultural space opens the door to receive theater presentations, music, dance and performance, as well as visual arts work in what seems most obvious to you: the experience. Without the search for final products or mere presentations circumstances for fulfilling seasons, artists are invited to build scenic and musical experiences, aesthetics, dramaturgic, choreographic works, performance and conceptual.

A music area, curated by Alexandre Matias, It occupies two days of the week: Mondays, where a musician / band performs a season four Mondays in a row, and Tuesday, with a freer proposal, but also focused on experimental. "The idea, The artistically designed to attract musicians and audience, It is the creation of unique nights, experiences that may or may not be repeated on another occasion. On Earth center stage, disc repertoire like Style, Da Tien, and life Ventureira, by Tatá Aeroplano and Barbara Eugênia, They were shown live first ", account curator.

Earth Center is an independent non-profit cultural space maintained by Keren and Ricardo Karman. Inaugurated in 2001 and refurbished in 2015, its facilities include a theater with Italian stage, a workshop, coexistence of square with a cafe, a terrace and multipurpose rooms. The theater is located twelve meters below the earth's surface and opened, after ten years of works and excavations in the fourth and fifth basement of a building, the Perdizes, in São Paulo. Its name comes from its underground location and is, also, a tribute to the show Journey to the center of the Earth accomplished, in 1992, by Kompanhia Earth Center.

The program is addressed to all public, focused on production, presentations and training activities in Music, Performing and Visual Arts that prioritize contemporary language, and dialogue with the research Kompanhia Earth Center. The choice of the programming is done by a team of curators, from their copyright research, bring to the Earth's Core experimental work by emerging artists and / or established, releases, remontagens, post debut seasons and special projects. The site also houses the School of Art Grain Earth Center, developing a free course in which children and adolescents participate in experiences in different artistic languages ​​and is based on the freedom of establishment, playfulness and collective participation in single courses. Currently the area has the Notice of Support to Independent spaces of the Municipal São Paulo Culture.