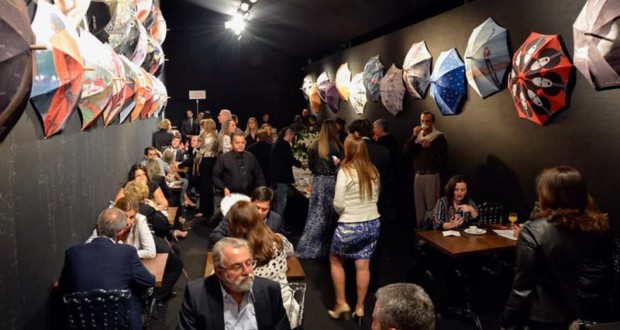 Posted by: Artworks in Art, Columns, Highlights, Events 8 of September of 2014 4 Comments 807 Views

I'm increasingly enamored with the creativity of the Brazilian artist, this time it was proved, with the exhibition promoted by Sciacco Studio Escritório de Arte, that happened in the Club “A Hebraica” Marc Chagall Hall in São Paulo-SP from 21 to 24 August.

Part of the proceeds of umbrellas was reversed for Old Friend Project. See the fan page of the Project on facebook and also his site.

We ask the curator of the exhibition Tânia Sciacco, what is the point of this beautiful project: 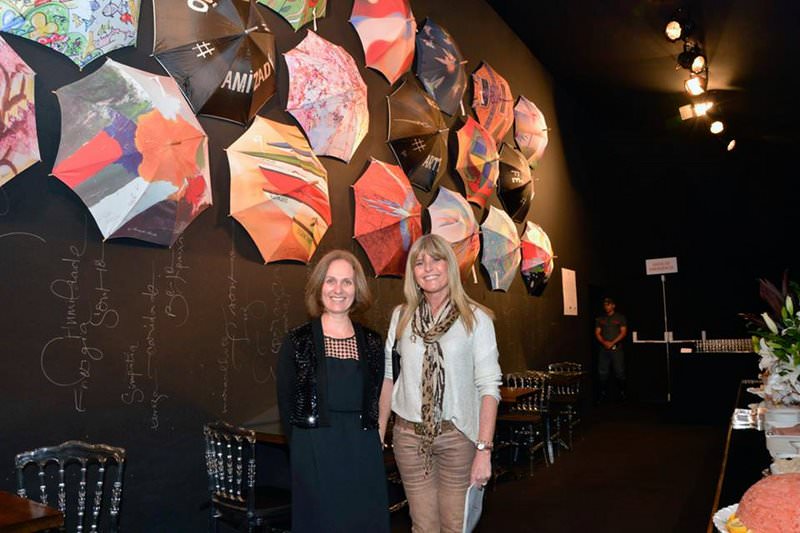 In a world where it seemed that only the image force had the word resurfaces, differently, breaking distances through the internet, e-mails, blogs, twitter…

All told in 140 characters or less still, with the hashtags that unite, seduce, win campaigns #whonever chose one to share one? #yeswecan #moreloveplease # assineapetição #rainingart

Copyright images chosen in partnership with artists, designers, photographers and other personalities, were printed on each of umbrellas.

Words that we would "showered" with intensely in our lives written between the images.

The power of image and art circulating in umbrellas. Much rain of love, kindness and solidarity
It rains all that is good!
It's a rain of good!”

See more about the event in the project site and also more photos on fan page of Sciacco Studio.

Previous: Exhibition "Latifúndios", of the artist Raimundo Rodriguez by Chandra Santos
Next: Pororoca – A Amazônia no MAR by Adriane Constante