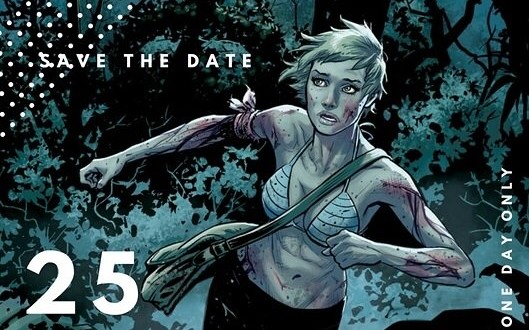 ArtWork, with story of suspense and psychological horror, has release the day 25 July
in the bookstore culture of National Assembly, in São Paulo

At the end of July, arrives at bookstores and newsstands "Communion", HQ with Felipe Folgosi roadmap. Mixing suspense and psychological thiller, the story takes place in Brazil, during an adventure race and is told through the eyes of Amy, an adventure you see ex-corredora around in a very suspenseful plot and action. The launch takes place on the day 25 July, in the bookstore culture of National Assembly (Av. Paulista, 2073, São Paulo). 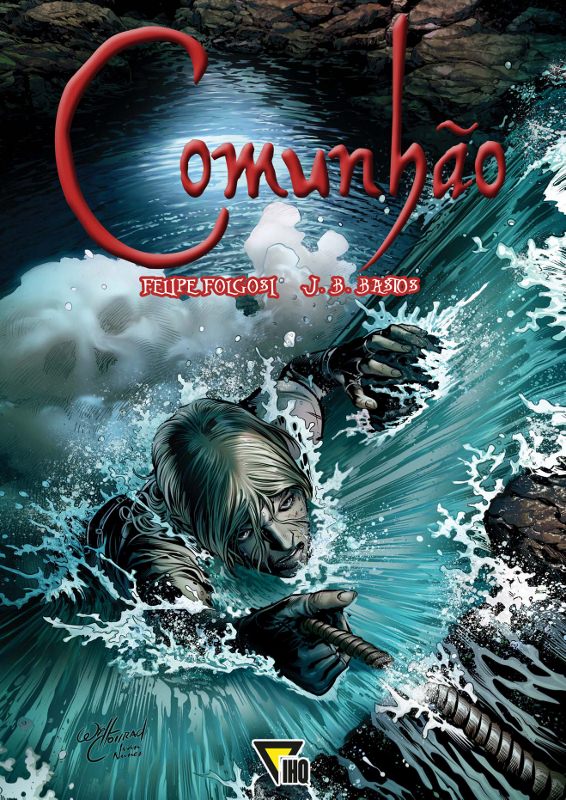 "Communion" is the second title of the artist's HQ, the first, "Aurora", work of fiction thrown in 2015, is competing in four categories in the HQ MIX award, the "Oscar" of national comics (cover). Disclosure.

The publication is a partnership with the Institute of Comics – creation Polo, animation and illustration, founded by Klebs Junior. The art of "Communion", all in black and white, was in charge of the Maranhão artist JB Bastos, specialist in the genre, who has worked on titles such as "Night Trap" and "Knight Rider" to the Lion Forge and "Black Bag" for Legendary Comics.

Folgosi developed initially in the script of "Communion" to the cinema, but he chose the plot to be your new comic project to realize your immense potential graph. "I was able to gather sufficient evidence to create a plausible story from a historical premise, but diving into the darker side of human being, what each can do to survive. Of course all this with lots of action, violence and gore ", account.

The plot begins when a team adventure race, After a proof, Decides to make a trail away from the looks of the media and the Organization. They end up stumbling upon a lost tribe, dominated by a Reverend with a mysterious past suspect. The story is told from the perspective of Amy. She is one of the best runners in the world, but after a serious accident is traumatized, to run and coordinate the team of brother, Mark.

This is not the first foray of Felipe in the world of comics. His first HQ, "Aurora", work of fiction thrown in 2015, It was also done in partnership with the Institute of Comics. The magazine ran in four categories in the HQ MIX award, the "Oscar" of national comics.

"As a fan of the genre, I think that the best stories are based on actual premises combined in unusual way and taken to the last consequences, mixed with the classic conventions of the genre that the reader expects to find, but always in unusual way, to surprise the audience ", explains the author, who wrote the script in 2006. "It was my second feature. I didn't want it to be just a slasher film, so I include themes that interest me, as the nature of evil, about how religion can be twisted and as people who have gone through terrible tragedies can continue believing in life. ", explains. 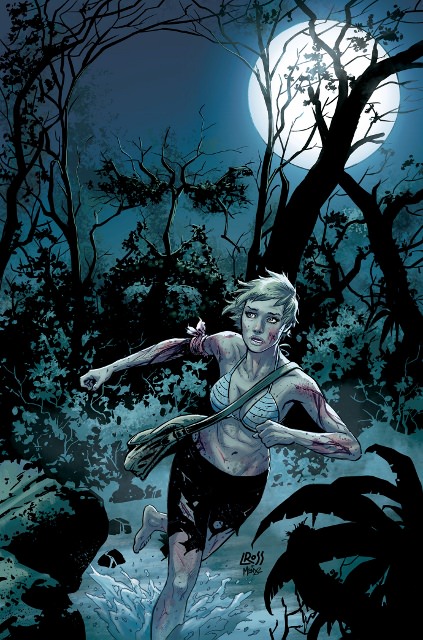 The release of "Communion" will happen on the day 25 July, in São Paulo. The author will receive the guests to autograph the publications on Livraria Cultura of the National Assembly, from the 6:30 pm. Later on, at 9:30 pm, the artist will receive guests and audience in the Stunt Burger, in Morumbi.

The HQ will be available in all Brazil, in bookshops and newsagents and can also be purchased over the internet.

Went to College of cinema at FAAP and specialization at UCLA for two years, with an emphasis on script. Since 2000 has collaborated on a number of vehicles as the Jornal da Tarde and Avianca's magazine, writing about movies, and 2001 won the National Contest for Playwriting sponsored by the Ministry of culture with the play “Another Day”.

He started acting at the age of 15 and debuted at 17 in the tv miniseries “Sex Appeal”, on Rede Globo, in 1993. Then did the novel “Eye to eye”, where was the protagonist Alef. Then you went into “Explode Coração”, “Golden Body”, “Cross Lives”, “Jamais te Esquecerei”, “Start again”, “The Rich Also Cry”, “Proof of love”, the trilogy “The Mutants”, "Chiquititas" and "the promised land".

In the theatre made over ten pieces, among them “Cat Dog”, of Juca de Oliveira. As host, been in programs “Yo”, the Futura, "STV in the dance", on TV Senac, and “Believe It Or Not” in Band. More recently participated in the feature film “The Great Victory” with Caio Castro and Sabrina Sato, the series “Politically Incorrect” with Danilo Gentilli, on FOX and starred in the sitcom "171 family business" on Universal Channel.

The Institute of the comics is a center of creation, animation and illustration, founded by Klebs Junior in 1999. As a school, preparing a new generation of artists to embrace this form of art that grows and spreads in other media. As Studio, Agency and manages more than 50 artists in the international market, in publishers like Marvel, DC, Dargaud and Bonelli. As Publisher, the Institute HQ is the seal that now brings to the newsstands and bookstores of Brazil comics made by artists of the Earth. Comics by Brazilians, to the world.

Cover: Will Conrad and Ivan Nunes