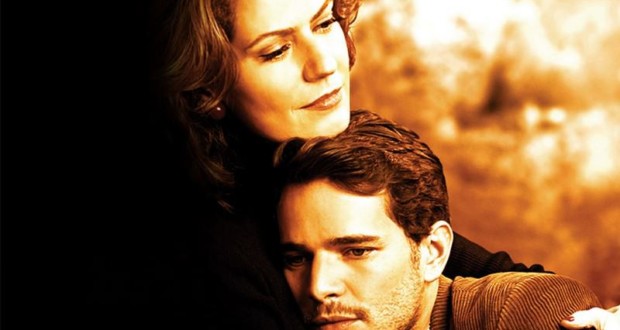 National films are in the lineup the Cultural week of education

The Cinematheque of Curitiba and the Cine Guarani dedicated programming this week national productions, specially selected for the Education of Cultural Week, which happens to 28 September to 3 October. The film screenings is part of 248 cultural activities that take place in 30 different city spaces, with the offer of 32 thousand free tickets to education servers, culture and community in general. Check:

Day 28/09, às 10h
WINDOW'S SOUL (BR, 2001, documentary, color, 73’) Directed by João Jardim and Walter Carvalho
Wim Wenders, Agnès Varda, Hanna Schygulla. Nineteen people with varying degrees of visual impairment, discrete myopia to total blindness, They speak as if they see, how they see others and how they perceive the world. The writer and Nobel Prize José Saramago, musician Hermeto Paschoal, the filmmaker Wim Wenders, the blind photographer Franco-Slovenian Evgen Bavcar, neurologist Oliver Sacks, Marieta Severo Actress, the blind councilman Arnaldo Godoy, among others, They make personal and unexpected revelations about various aspects of vision: The physiological function of the eye, wearing glasses and their implications on the personality, the meaning of seeing or not seeing in a world saturated with images and also the importance of emotions as a transformative element of reality - if it is the same for all. Free.

Day 29/09, at 10h and 14h
OKAY (BR, 1978, fiction, color, 110’) Directed by Arnaldo Jabor
Anselmo Vasconcelos, Regina Case, José Dumont. Juarez (Paul Gracindo) is the head of a middle-class family, that is grappling with a work in the apartment. Retired, he is always surrounded by the ghosts of their deceased friends. Elvira (Fernanda Montenegro), your wife, It is outraged by the impotence of Juarez, what makes you believe that he has a mistress. Ze Roberto (Luiz Fernando Guimarães) and Vera Lucia (Regina Case) are the couple's children, he an opportunist executive and she only concerned about finding a husband. With them live two maids: Aparecida de Fátima (Maria Silvia), fervent mystic, and Zeze (Zeze Motta), working as a prostitute in his spare time. Together they need to deal with the difficulties of life and the work workers, who are always in the apartment. 16 years.

Day 30/09, at 10h and 14h
The LIRA THE RAVE (BR, 1978, drama, color, 102’) Directed by Walter Lima Jr..
With Tonico Pereira, Anecy Rocha, Paulo Cesar Pereio. Two moments in the life of a group of locals characters. In the carnival group "The Lyre of Delight" they live ecstasy. Carnival out, intersect in a nightclub Lapa. Ness Elliot (Anecy Rocha) He has the kidnapped child and falls in Claudio handling (Claudio March), mix of trickster and businessman. The police reporter Pereio (Paulo Cesar Pereio) He does everything to help her while also investigates the murder of a homosexual. 16 years.

1st / 10, at 10h and 14h
The Sign of the City (BR, 2008, drama, color, 95’) Directed by Carlos Alberto Riccelli
Graziela Moretto, Bruna Lombardi, Denise Fraga. São Paulo. Gil (Malvino Salvador) is married, but it is lonely. Lydia (Denise Fraga) He likes to take chances. Josialdo (Santiago Sidney) born to be a woman. Monica (Graziella Moretto) a gold digger and just want to get along. All they hear the radio program of the night astrologer Teca (Bruna Lombardi), which deals with the desires of his audience and their own problems. 14 years.

Day 2/10, at 10h and 14h
THE POPE'S BATHROOM (France, Brasil, Uruguay, 2007, dramatic comedy, 97’) Directed by Enrique Fernandes, Cesar Charlone.
As César Troncoso. 1998, city ​​of Melo, on the border between Brazil and Uruguay. The site is restless, due to visit soon the Pope. Thousands of people come to the city, which encourages local people, who sees the event as an opportunity to sell food, beverage, flags of paper, souvenires, commemorative medals and many more trinkets. Beto (César Trancoso), a smuggler, decides to create the Pope's Toilet, where people can be relieved during the event. But to make it happen he will have to perform long and perilous journeys to the border, besides facing his wife Carmen (Virginia Mendez) and the discontent of Silvia (Virginia Ruiz), his daughter, who dreams of being radio. 10 years. 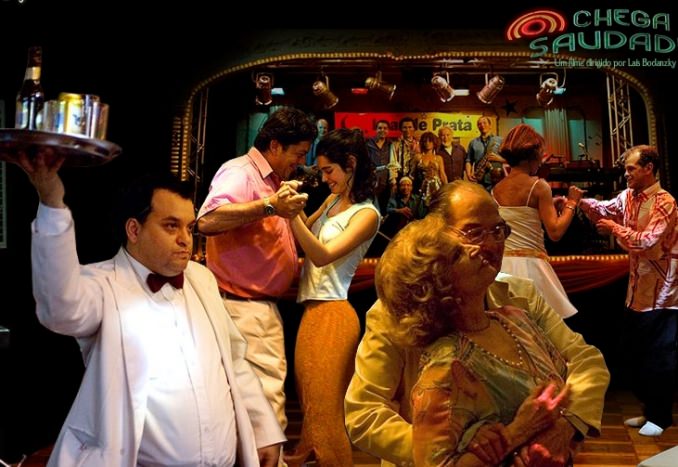 Day 29/9, at 10h and 14h
Movie: CHEGA DE SAUDADE (BR, 2008, color, fiction, 95’) Direction: Lais Bodansky.
Leonardo Villar, Tonia Carrero. A ball will take place in a dance club in Sao Paulo. Since when the Hall opens its doors, in the morning, until its closure at the end of the dance, shortly after midnight, many characters surrounding the location. 12 years.

Day 30, to 10h e 14h
Movie: THE OTHER SIDE OF THE STREET (France / Brazil, 2004, dramatic comedy, color, 97’) Directed by Marcos Bernstein
Fernanda Montenegro, Raul Cortez, Laura Cardoso. Regina (Fernanda Montenegro) It is a woman 65 years of excessive candor and irrepressible irony, living in Copacabana with her dog mutt. To forget the loneliness and distract it participates in a police service, in which retired denounce misdemeanors. In an abandonment night, "Inspecting" with his binoculars what happens in the buildings across the street, Regina witnesses what you look like a man killing his wife with a lethal injection. She calls the police, but death is given as natural death. demoralized, Regina sets out to prove that she was right and gets involved with the alleged murderer. 12 years.

Day 2, to 10h and 14h
Movie: ZUZU ANGEL (BR, 2006, drama, color, 104’) Direction: Sergio Resende
With Patricia Pillar, Daniel de Oliveira. Brasil, years 60. The military dictatorship is the country plunge into one of the darkest moments of its history. Oblivious to all this, Zuzu Angel (Patricia Pillar), one designer fashions, It becomes more and more famous in Brazil and abroad. At the same time his son, Stuart (Daniel de Oliveira), joins the armed struggle, who fought the arbitrariness of the military. In short: ideological differences between mother and child were deep. One night receives a call Zuzu, saying Stuart had been arrested by the military. The military deny. Shortly after she receives a letter saying that Stuart was tortured to death in the aeronautical. Then she begins a seemingly simple battle: find the body of his son and bury him. But Zuzu is becoming an increasingly troublesome figure for the dictatorship. 14 years.