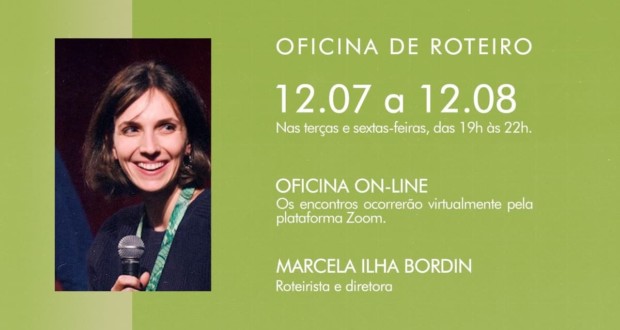 The activity will be taught by the screenwriter and director, Marcela Island Bordin. Interested can register for free at the link bit.ly/3bTM7lK.

The meetings will take place virtually through the platform Zoom, from 12 from July to 12 August, on tuesdays and fridays, the 7:0 pm to 10:0 pm.

The course will present the narrative language of the audiovisual series, the different genres, styles and schools, in addition to carrying out the practice of writing the serial work.

“Audiovisual works are born from the written idea. Knowledge of the language and technique of film writing seeks to provide opportunities for creatives to explore narrative and the act of telling stories through characters and environments.. In addition to meaning job opportunities, because with the expansion of Streaming, the screenwriter’s profession has been increasingly valued in Brazil”, observes Zeca Brito, director of the State Film Institute.

– Presentation of excerpts from series and repertoire of serial works

– Development of synopsis of the episodes of the series

Previous: Synergy in steel and glass reveals extraordinary works of art with the combination of different design techniques
Next: Over 80 Archaeological pieces are stolen from the Andean Museum, no Chile