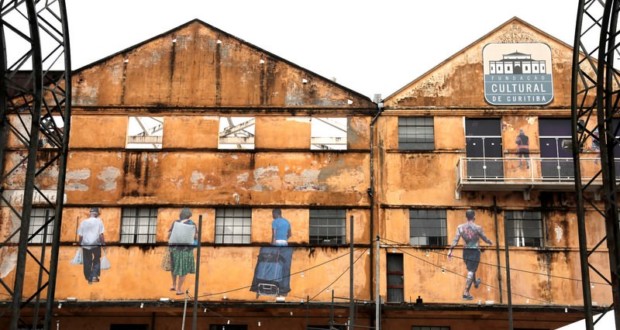 Artistic interventions give new colors to the Rebouças Mill

Four major artistic interventions begin to give colors to the Rebouças Mill, current headquarters of the Cultural Foundation of Curitiba. The artists Christina Pagnoncelli, Estevan Reder, Wes Range, Coffee and Dell Raj started this week the transformation of space-themed façade that celebrate the city, people and nature. The works continue in production until next Sunday 21.

According To Igor Lamb, Superintendent of the FCC, the initiative aims to provide to the public artistic experiences throughout the city and draw attention to tourism as the major cities of the world are. “Since we arrived at the FCC, our desire has always been to bring the new languages of Visual Arts for the public spaces. We understand how our role to encourage other spaces, including private, can invite artists to produce other large murals. The mill will be the first in a series of speeches that will do in other parts of the city”.

The first mural was designed by visual artist Cristiane Pagnoncelli, with collaboration of designer Fred Freire within the Festival Subtropikal. The blocked lettering was inspired by the architecture of the old building, where the word LIVELINESS can be read from a distance like a puzzle. The letters suggest movement and can also be read as ALIVE (her) CITY. According To Cristina, the choice of the word LIVELINESS to the new facade of the FCC's relationship with his desire to Curitiba. “Life. Strength. Value. Move the scene, be part, support this beautiful movement that is in the Subtropikal Festival. When I was invited to do the mural in the Rebouças Mill I wondered what message I would like to pass. I wanted something simple and straightforward and it was according to what I believe and I've been searching for the city where I live”, Cristina account. 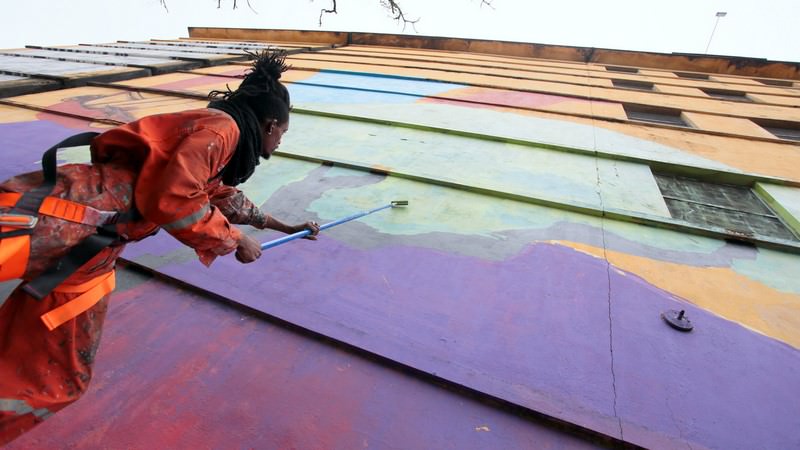 "Vanteer"
One of the facades of the Raheem Mill received the project "Vanteer", the curitibano Estevan Reder, photographer with intense production of images reproduced in lick around the Brazil and Latin America. Estevan Reder is dedicated to capturing images of anonymous people that circulate through the streets of big cities, revealing and respecting their identities in a broad sense, covering the aesthetic, the narrative, the social and ideological. Some of these identities, photographed in other cities visited, are now perenizadas in the external walls of the mill.

The photos were printed and pasted as the technique of the lick, arising as one of the new languages of urban art. The artists spread their images and messages through the streets, making use only of paper, ink, Glue and MOP. 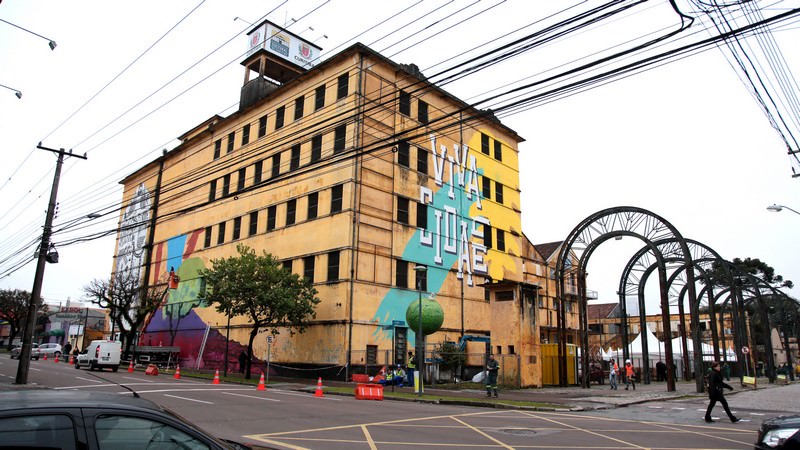 Tingui
The artist Ganesan Wes Range is preparing a big mural on the site, from 216 M2, depicting two Brazilian Indians. Christened “The Brazilian people”, the art follows in production day 21. The title is a reference to the eponymous book of the anthropologist Darcy Ribeiro and the moment when the country hosts the Olympic Games. The choice in color the walls with Indians came after Wes research, I came across information that Curitiba has, in its origin, indigenous peoples – the tribe Tingui. Coffee artists and Dell poduzem a large Brook graffitti on the street facade Engineers Rebouças. The theme chosen by the graffiti artists was the black empowerment and the nature.

Previous: Shows always something between Us continues the Project [I'm Here], in Sesc Belenzinho
Next: Camerata Antiqua makes presentations at hospitals this Tuesday and Wednesday