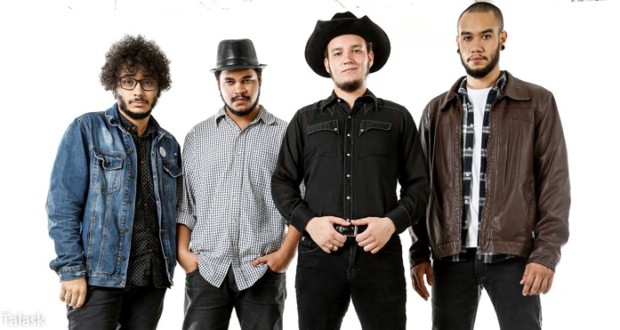 Band participates in the next edition of the day project 28 February,
Sunday, às 17h, in the Kiosk of the Globe

The Kiosk of the Globe will be the scene of another attraction of Young Afternoons-Globe project that leads to the public new talents of Brazilian music – on 28 February, Sunday, a partir the 17h. In the presence of cariocas and tourists, The Redneck Faction-band that participated in the last edition of the SuperStar programme – will present a mixture of rhythms in a free show on the Copacabana.

The museum was created in 2009, the group to Niterói is composed by Daniel Leon (harmonica), Jan Santoro (voice/resonator), Vinicius Camara (low) and Renan Carriço (battery). "The band stands out for its unpretentious way of making pop, going to the past to illustrate the future, playing do the blues seem less complex and the country more accessible ", the musicians of the Redneck. In the Repertoire of the show, Copyright songs as "Stoned", "Shot and Drop" and "Cheater".

The second CD featured the participation of Maria Luiza, Renan Pitanga, Manu Gavassi, Fernando Temporão, Gustavo Macacko, Ale Vanzella, Hover, Rufio, Side by side, Red bear and Mowgli and Creators of chance. The third edition of the project, starting in January 2016, has promoted concerts of Le trio Raleh, Raphaello Mazzei, Jennifer and OLiberato.

The albums of the first and second season of Youth Afternoons are for sale in physical stores and digitally on iTunes and other streaming platforms (Deezer, RDIO and Spotify).