Home / Art / Mauro Mendes Dias launches Between Cockroaches and Rhinoceroses, book that deals with the animal incorporation of man

Mauro Mendes Dias launches Between Cockroaches and Rhinoceroses, book that deals with the animal incorporation of man

the psychoanalyst Mauro Mendes Dias launch the book Between Cockroaches and Rhinoceroses by Editora Iluminuras, that reaches the reader after the release of The Speech of Stupidity, in which shows, since psychoanalysis, how stupidity speech works, responsible for the production of effects that he named vociferations, that don't reduce to stupid speeches or nonsense, but without deleting them.

Among the terms that make up the speech of stupidity, the author includes in place of the discourse agent, the stupid; in place of the truth, the belief; in place of the one to whom the speech is addressed, as vociferações; and in place of what this discourse produces, since the vociferations, includes the cockroach. The cause for the installation of this discourse lies in the consent to the removal of one's voice: the subject speaks, no particularity, insofar as, unconditionally, surrenders to the discourse of the Other. The psychoanalyst emphasizes with the speech of stupidity, the presence of the cockroach and the rhinoceros among us, as Ian Mc Ewan's literature has already shown, in the book A cheap, and the theater of Ionesco, in the play the rhinoceros. "The animals are among us, and are captivating for many. If cockroaches were included in the speech of stupidity, as his product, it's because the production of cockroaches feeds back the stupid, making it more and more disgusting, like in literature, and in life - public and private", the firm.

It is on this issue that Mauro Mendes Dias dwells in the new book. "Cheap, rhinos and even carnivorous ants are found in the book.. They participate in a social and subjective scene where human speech and actions are, at the same time, animals ". In Between Cockroaches and Rhinoceroses follows the approach of animal incorporation of man, of the brutalization of the human. "It's not the same as walking and expressing yourself like them, but talk like an animal and walk in life like him. It is one thing to say about the presence of the animal in the human being, as an analogy. Another thing is to speak of man through the presence of what he conserves and admires in animal behavior. Learning, then, with cockroaches and rhinos in pursuit of hideous goals, destroying ecological heritage like a herd of rhinos, admiring the cockroach flock attack, in order to learn from them the laws of sewage". clarifies the author. 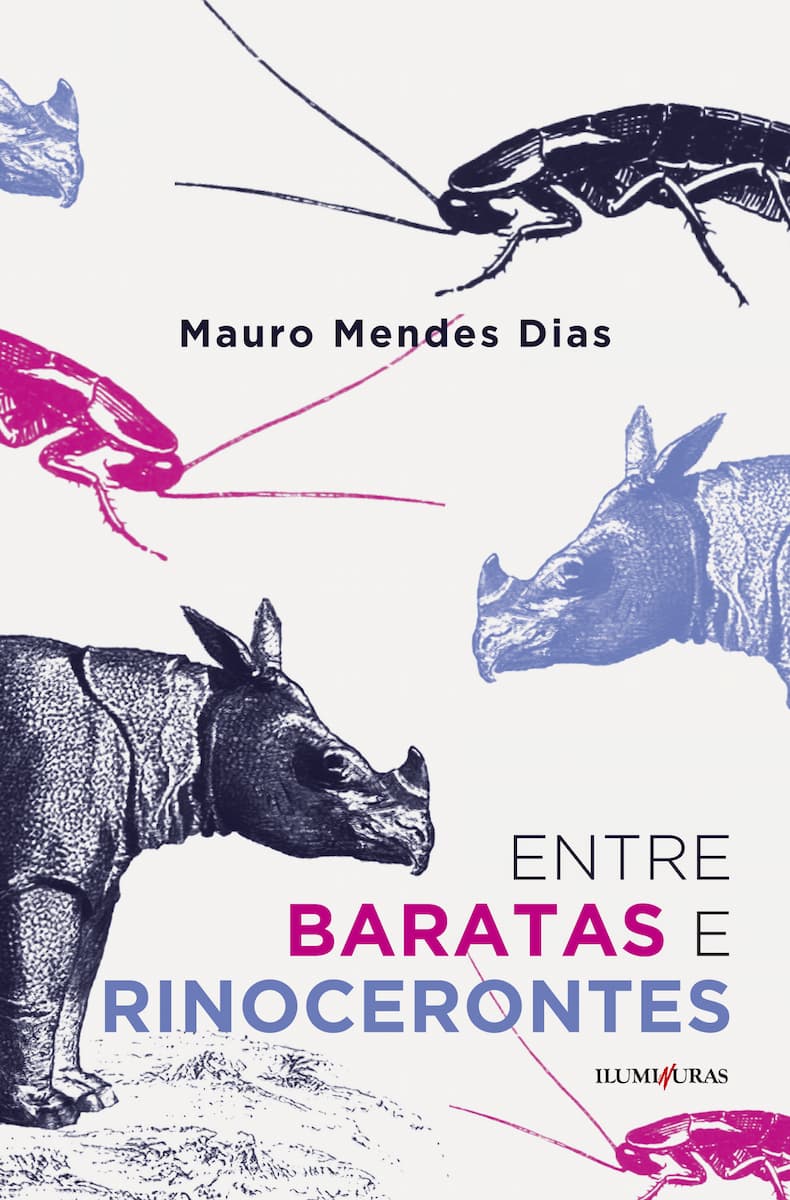 The psychoanalyst writes about what he recognizes to be happening around us through the speech of stupidity and animal incorporation. The book provides a clear and deep reading of the current political and social moment we are witnessing, and we enter it with high risk of consequences. It speaks of the brutalization that affects everyone as it resonates from the political and social sphere to the personal sphere, familiar, professional, humanitarian. "I don't want to thicken political criticism, but to unfold the discourse in subjectivities and pay attention to the fact that the spread and proliferation of hatred is greater than one wants to admit". The author warns of clinical consequences raised by the domain of the speech of stupidity, animalized, by the power of the word without considering the reflection, by the aggressiveness and violence that can cause damage, making people rougher in their affections.

On combating the infestation of bestiality, Mauro Mende Dias reflects. "Believing in a definitive elimination of cockroaches, after they returned en masse, is akin to betting that the presence of rhino herds can be persuaded to change direction after advancing.. It was not based on a magic dust that this metamorphosis took place. It was properly fertilized and watered by the speech of stupidity until the day of his return, and will not disappear by magic of the imagination. human animals are here to stay. We need to invent alternatives to reduce bestialities, for long-term cultivation, of retaking and commemoration of the human, with its impasses and failures".

Between Cockroaches and Rhinoceroses integrates a series of releases, started with The Speech of Stupidity, that the author promises, with the publisher Illuminations, dealing with this animal embodiment of man. The two books continue the research work that the author has been carrying out, a few years ago, about the voice in psychoanalysis, carried out at the Vox Institute. "I aim to include other animals that allow me to advance in writing, as much as in reflection and clarification of other issues", ends Mauro Mendes Dias. 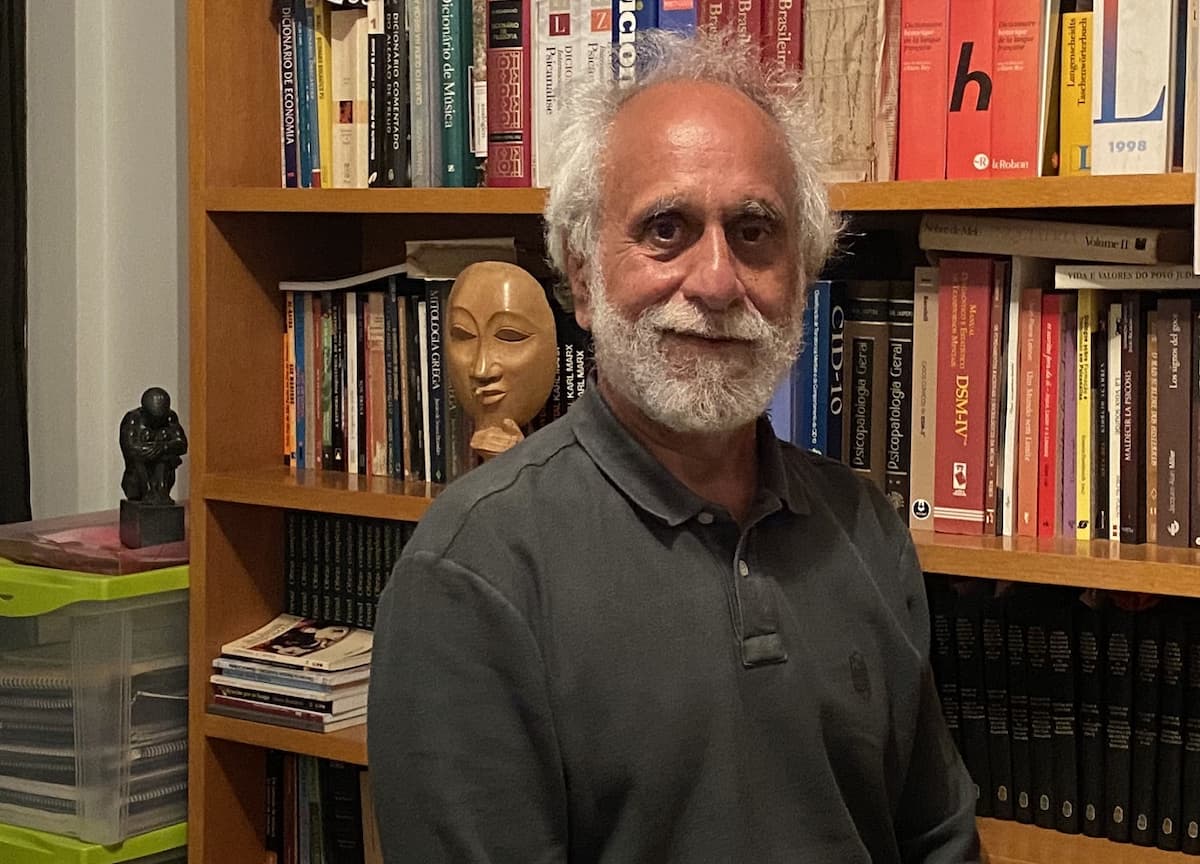 Mauro Mendes Dias is a psychoanalyst is director of the Vox Institute for Research in Psychoanalysis, in São Paulo. Guides the Institute's activities on the texts of the Writings, by Jacques Lacan; and about perversion: from clinic to politics. Presentation of patients at Hospital São João de Deus, in partnership, for the purpose of evaluating therapeutic procedures and referrals for hospital discharge. Contributes to the Vox Institute with the activity aimed at the treatment of psychotic subjects. Author, by Illuminations, from: because of the worst, in partnership with Dominique Fingermann, the hates, Psychoanalyst's Clinic and Policy and The Speech of Stupidity. Currently, is dedicated to writing other books, like now, on the effects of animal incorporation in private life, as much as in the community.

Previous: Party “Chapada's Christmas” celebrates 25 years and fundraising in Brasília
Next: How to make an indie-themed bedroom?