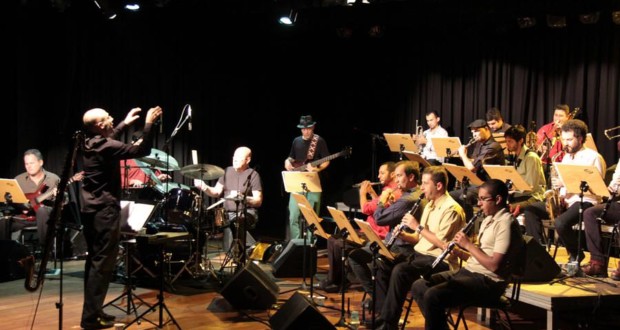 The wind-based Orchestra of Curitiba will have the singer Shreya Padovani as guest of Sao Paulo show "Passarinhadeira", This Friday and Saturday (28 and 29), in the chapel Santa Maria. With repertoire entirely dedicated to the songs of composer Guinga, the performances will be the basis for the new CD of the Orchestra, seventh music career work started in 1998.

"Guinga was chosen because it is one of the main Brazilian composers of today", says the Director of the Orchestra, Sérgio Albach. This is the first time that the group is not interacting directly with the composer while developing the work. "He is aware of the show, but has no participation in arrangements, Unlike previous experiences, We lived with the composer ", Bill Albach.

Project – Singer Shreya Padovani, on the other hand, says that playing with an orchestra is a privilege and play with the former's wish OABS. She met the training when he participated in the music workshop and was impressed with the sound of the Group. "They are great musicians in the cast. I've been a long time talking to Sergio about getting a project together and finally now the opportunity arose ", explains the singer. "It is necessary to highlight the talents of arrangers, they've done a brilliant job ", complete. André Mehmari, Lea Freire, Vicente Ribeiro, Luca Raele, Gabriel Schwartz, Luis Otávio Almeida, Mario Conde, David Sams, Gilson Fukushima and Sergio Freire are responsible for the enterprise.

Izabel feel facing a challenge. "It's a complex work, thorough, which demands dedication and constant testing, because the arrangements are original. Personally it's a realization, a pleasure, a project built step by step, with talented musicians, to pay our tribute to this great Brazilian composer and the tradition of excellence the genre song ", scores.

The singer met Orchestra based on 2007, during the music workshop of Curitiba, which participated as voice teacher. The following year, again in the shop, received the invitation to participate in the show "Noël", in tribute to Noel Rosa, directed by Albach. Of the meeting, the proposal to hold this project together.

Previous: We display is the result of the art of children and young people from poor communities in Rio
Next: Last day to register for the free course of history of art of Paraná