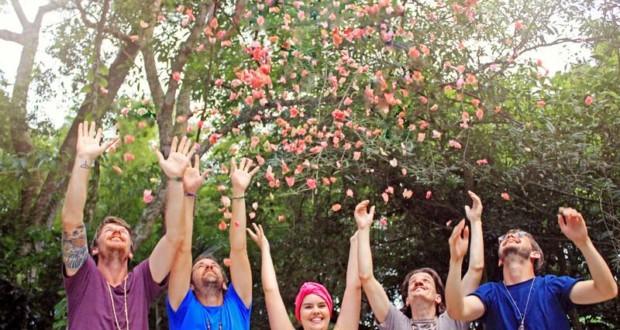 Paranambuco presents “Orun Aye” in the theater of the Armory

The theatre of the Armory receives next Sunday, at 8:0 pm, the discus show “Orun Aye” Paranambuco group. The new work is a record of copyright songs with influences from coco, Samba, Baião, maracatu, xote and ijexá, Toru, barravento, pulled network, gout, among other Brazilian rhythms popular.

The disc recording was made through the composition Online Festival (folklore), in which the band was the winner among thousands from all over Brazil competitors with music “Browsing wind (Jose Navarro).

The group emerged in Paranambuco 2010 aiming to study and present to the public songs that value different aspects of traditional Brazilian culture.

Previous: Globe takes Arlindo Cruz and Mano to sing together in the eighth Hike in defense of religious freedom
Next: “UNIVERSE” Art exhibition in the library Mayor Prestes Maia in São Paulo