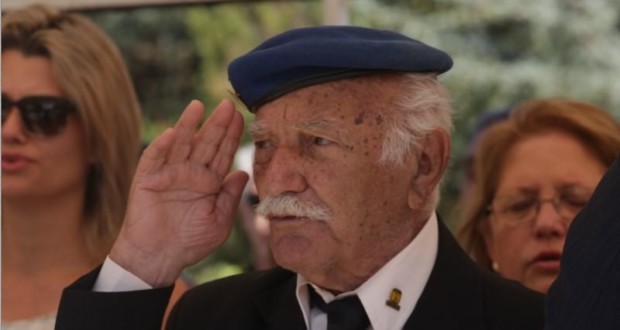 Based on book of the same name by writer and drummer of Paralamas do Sucesso,
program brings scenes recorded in Italy, In addition to archive footage
and interviews with personalities and ex-combatants 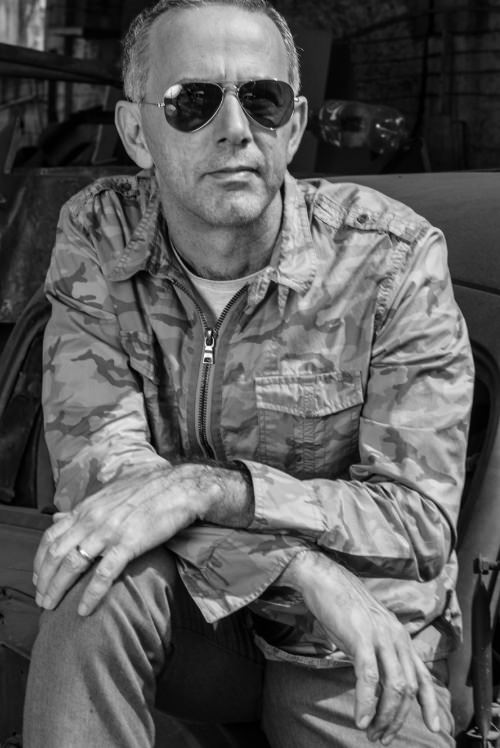 Along 2015, the world celebrated the 70 years of the end of the bloodiest conflict in history: the World War II. Although little widespread, the brazilian participation in the war was important to the development of the country. To address the issue, the Philos launches in October the series 1942 – Brazil and his war almost unknown, directed by João Barone, writer and drummer of Paralamas do Sucesso. Interested in the subject, Barone spent decades dedicated to research of Brazil of those times, In addition to traverse the same scenarios desbravados national troops in combat in Italy to write the book that inspired the series, released in 2013. Divided into four episodes, the second production created especially for the service of video on demand Globosat will show recorded scenes in Italy, as well as archive footage and interviews with personalities, historians, journalists and ex-combatants. "The challenge of doing the series from the book was to keep your spine in journalism history and take this framework theme where he was kept for decades", Bill Barone. 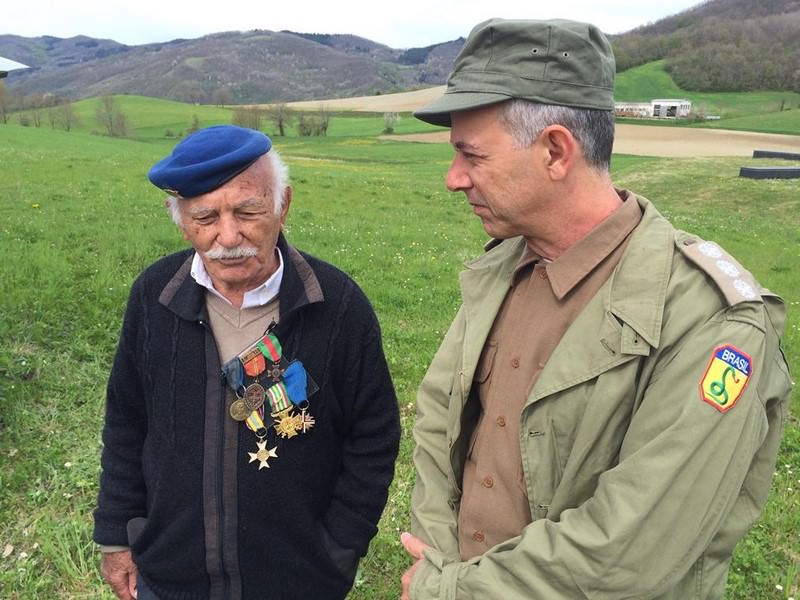 GL-nickname given to soldiers of the Brazilian expeditionary force-during World War II, Antony Heard Itquite, Alberto Arioli, João Moreira, Juventino da Silva, Justin m, Amerino Raposo Filho and Newton It Scaleia tell their experiences in the convocation for the war and the fighting who participated. Barone has recorded various times and ceremonies in Italy in honor of Brazilian soldiers, in particular, the three great victories of FEB in Monte Castello, Montese and Fornovo di Taro. "I followed the return for the first time since the end of the war these GL with more than 90 years. It was exciting to interview them and witness the honors they received from the local population ", Remember Barone. 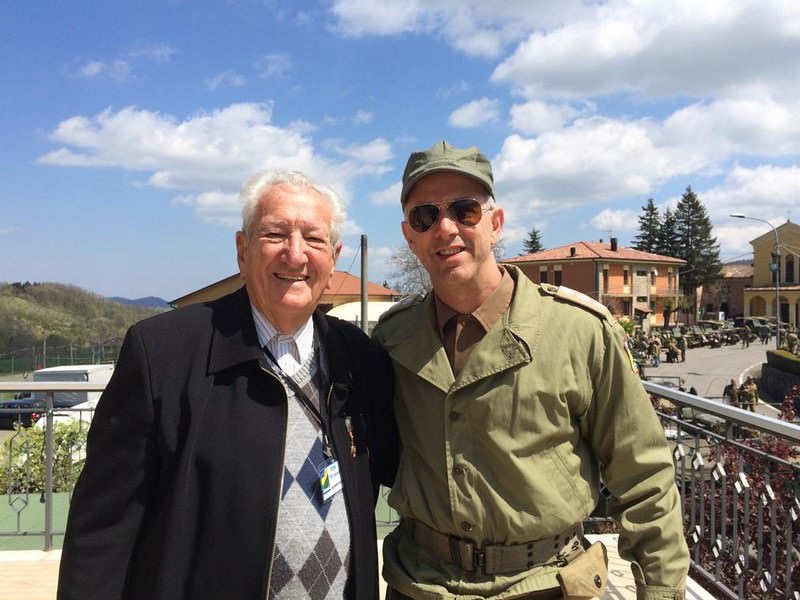 The program still brings interviews with journalists and writers Pedro Bial, Arthur Dapieve, William Waack, Marcelo Monteiro, the renowned writer Luiz Fernando Veríssimo, The humorist Marcelo Madureira, the diplomat Jorge Carlos Ribeiro, the Brazilian Academy of letters immortal Marco Lucchesi, singer-songwriter Jorge Mautner, the professor of the Institute of strategic studies of the UFF Vágner Camilos Alves, the Director of the historical patrimony and Navy Documentation Armando de Senna Bittencourt and the military historian Durval Lawrence Pereira. "To compose the program, I invited folks who are interested in the subject, others who were witnesses and have experienced those times, beyond ex-combatants. Jorge Carlos Ribeiro (father of Bi Ribeiro, Barone in mate Paralamas do Sucesso) was living in Berlin in 1940 with parents, When Brazil broke with Germany and the family had to go back ", Remember Barone. "Already Bial is the son of Jewish converts who fled the Holocaust. William Wack was a war correspondent in recent conflicts and wrote The two faces of glory, on the FEB's soldiers ", complete. 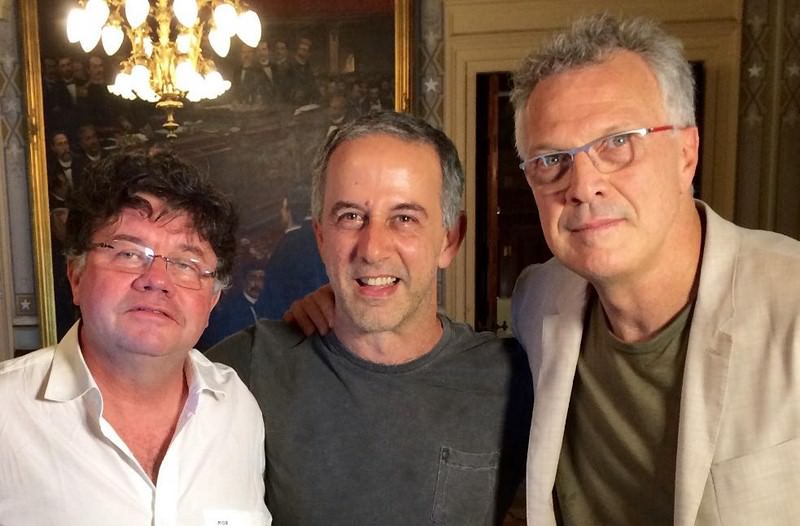 The series is divided into four episodes that tell of chronological form Brazil's participation in World War II. As in the book of the same name, Barone recreates the context of the time and some myths, reveals oddities and amazing cases, always permeated by testimonies of ex-combatants and personalities that somehow have experienced war, as witnesses of the time or by the legacy and the conflict left. The program also includes a careful research of archive footage that delivers some surprises: footage of the meeting between Vargas and Roosevelt in Natal (RN), Italian submarine scenes that made the first attack on our seas and its commander, born in São Paulo, In addition to an unprecedented color footage of the Brazilian Squadron Airmen Senta Pua, in action in Italy.

The first episode, The winds of war come to Brazil, recreates the historical context and the Government's flirtation with fascism before Vargas ' decision to support the United States, in 1942. The second episode, On behalf of the fatherland, shows Brazil's preparations to join the war. The third, Blood in combat, account of the experiences of Brazilians under fire, on the battlefield. The last chapter, Victory, peace and oblivion discusses the great victories of the FEB in the closing stages of the war, the return home and subsequent oblivion of brazilian participation in the conflict. 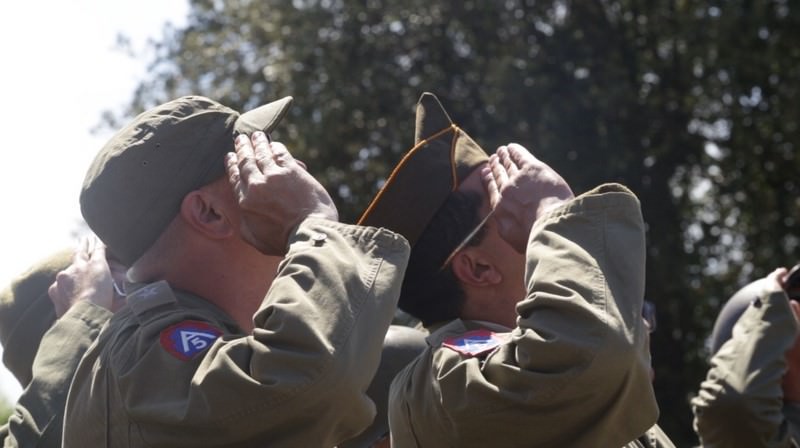 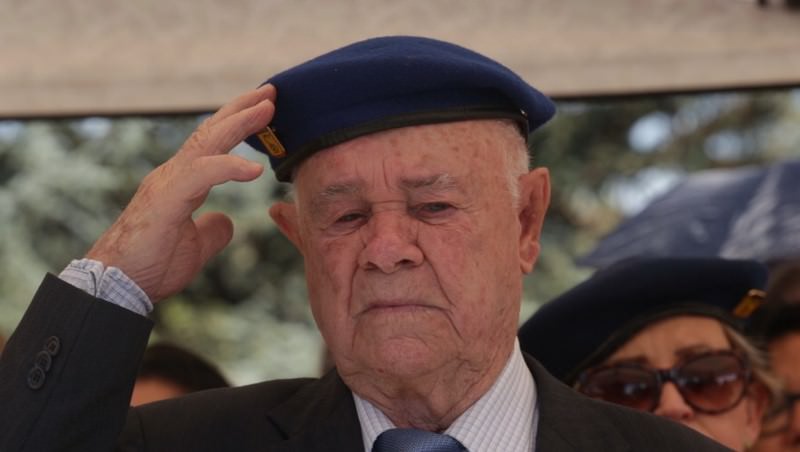 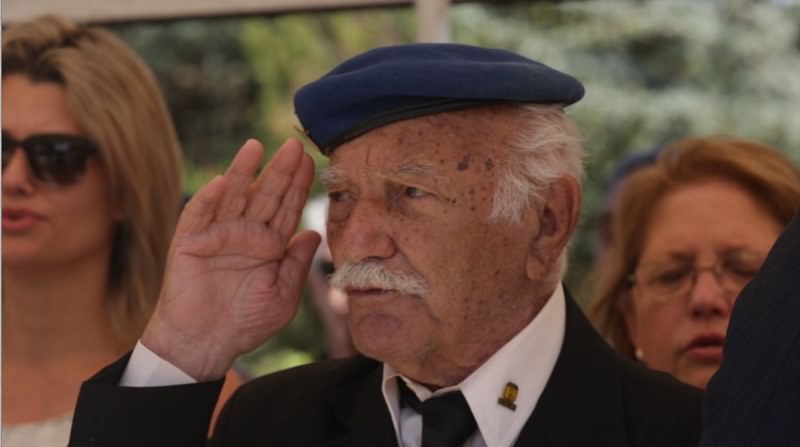 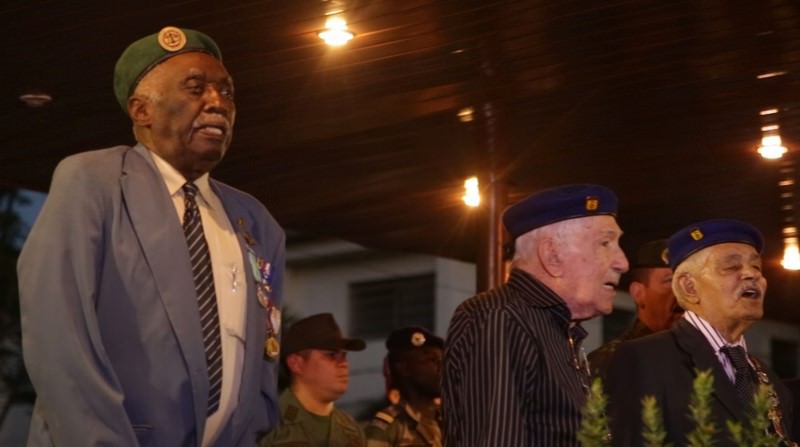 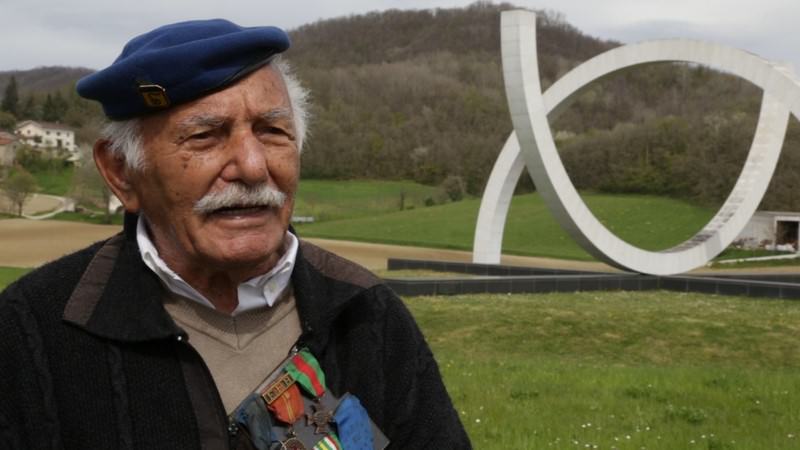 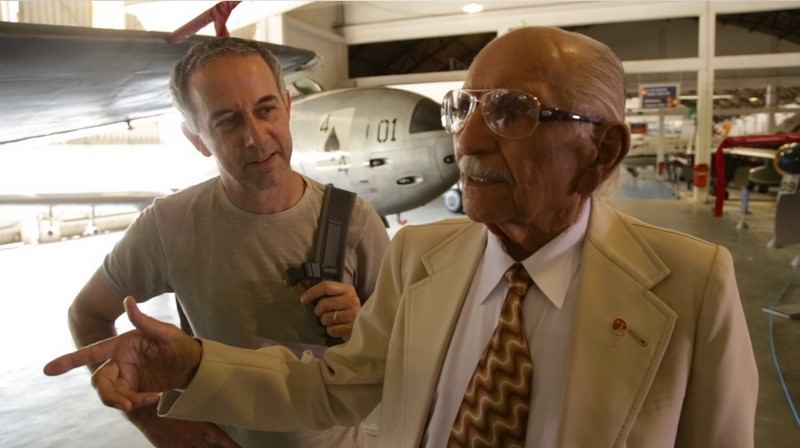 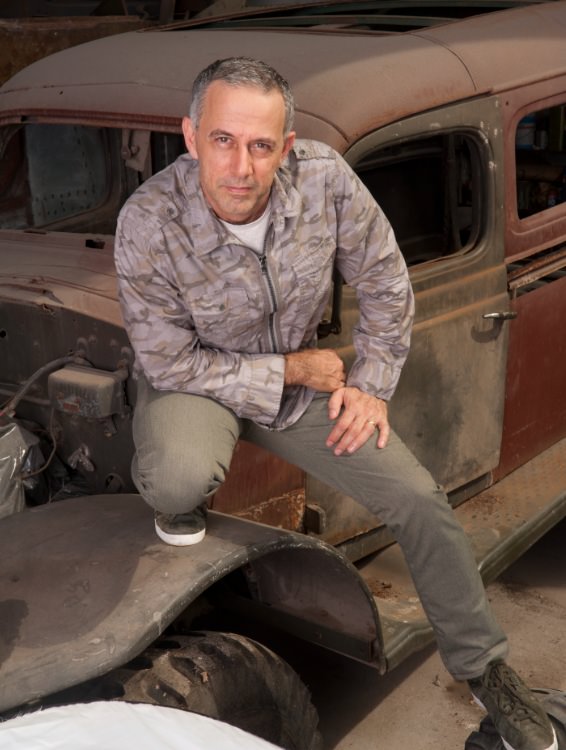 Barone's interest in the history of world war comes from childhood. The fact that your father, John of Lavor Kings and Silva, have been one of the 25 1000 enlisted men of the Brazilian expeditionary force (FEB), sharpened his curiosity about the conflict: "I wanted to learn more about the radical experience he lived and who didn't used to recount, as well as the consequences of the war on national history. Over the years, I was able to prove that all who become aware of this history of our country and of our people, do not fail to surprise and even be moved ".

Barone has produced and participated in several documentary films and programs about world war: A Brazilian on d-day (2006) and The path of heroes (2014). Wrote short stories and two books on the topic, the first being entitled My second war (2009). The eponymous series, 1942: The Brazil and his war almost unknown (2013), takes the reader to the times in which the Brazil declared war to the axis, to understand the facts and their consequences, composing a comprehensive framework on everything that concerns the involvement and participation of Brazil in World War II. As for the new series: "There is still a lot of interesting thing to explore about Brazil in world war, but I am sure that this new series will break a paradigm, will take this subject definitely of the ghetto in which were hidden from the general public. Our history deserves ", excited States.

Created by Globosat, the Philos is not a traditional channel. With a vast collection that brings together the best documentaries and unforgettable shows, Philos is available in the subscription video on demand (SVOD), where the viewer chooses the time and the content you want to watch, as many times as you want, by means of a signature. With high quality productions, Philos brings together documentaries on art, Science, history, updates, music, peoples and cultures; debates and interviews; and dance shows and music-all in high definition (HD). To access the Philos, It is necessary to hire the service through a pay TV operator that offers the package (GVT and NET, R$ 14,90 monthly) or by Globo.com (R$ 16,90 monthly), that gives you access to the entire collection. The content can be watched on TV (using the decoder of the operator), on the computer – the site www.philos.tv -or apps for iPhones, ipads and Android devices.