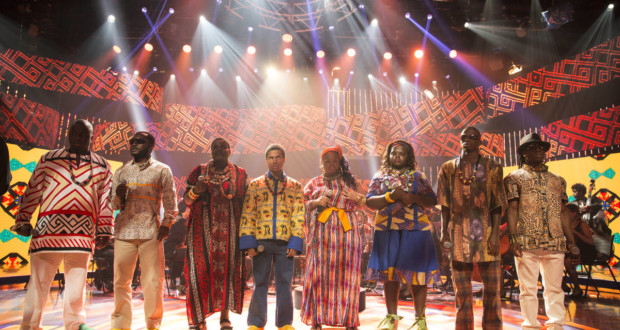 Show choir Voices of Angola in the theater of Curitiba 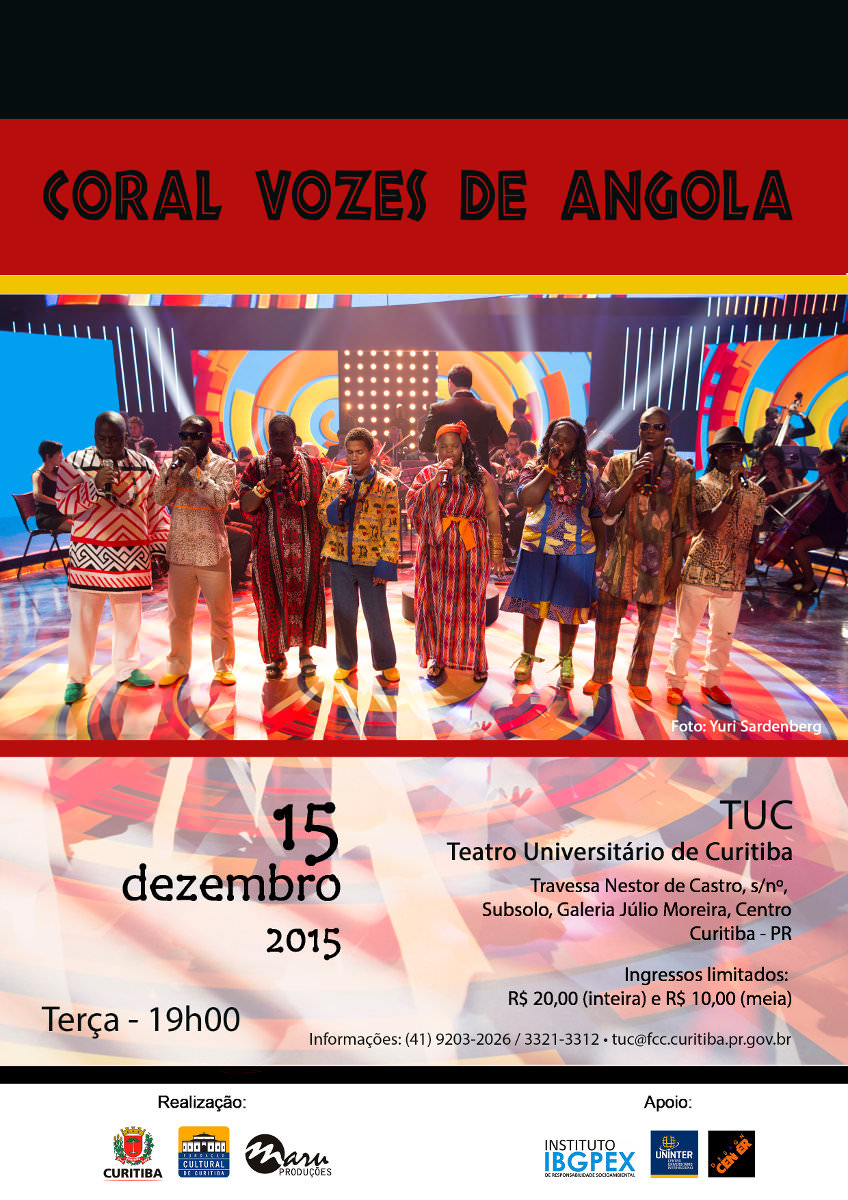 The choir Voices of Angola originated in 2001 and, today, consists of 10 Angolan University students, all visually impaired, which use music to communicate with the world.

Refugees from the civil war that ravaged their country for more than three decades, came to Brazil in search of better living conditions and in 2015, After much struggle, became Brazilian citizens.

In addition to the musical performances, they always share with the audience a bit of its history and count as is to survive away from your native land, their families and without the sense of sight.

In the eclectic repertoire, songs in African dialects, Brazilian popular music, Gospel music and his own compositions, Sung a cappella or with keyboard accompaniment, guitar and Conga Drum. 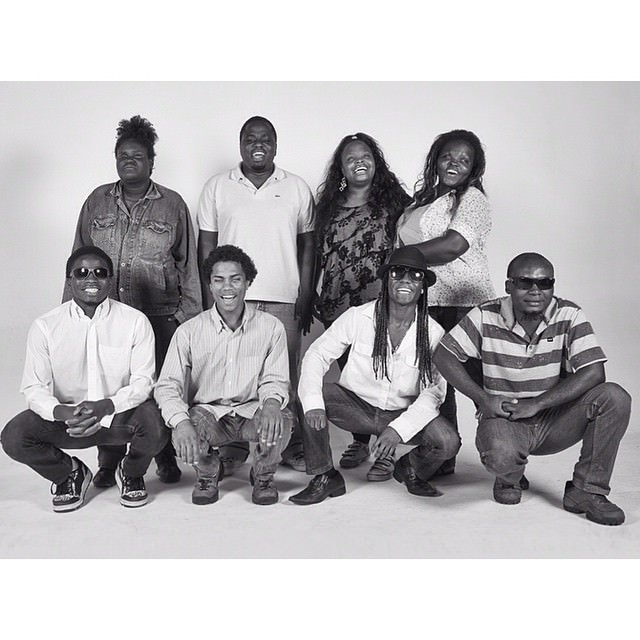 Among many events, in several Brazilian cities, performed: Auditions for authorities: the President of Angola, the former President Lula and the former Minister of culture Gilberto Gil; presentations, during 05 consecutive years, in celebration of the day of independence of Angola, in Rio de Janeiro; cameo in the show Black Pop Opera, in Curitiba; they shared stage with Netinho de Paula, Rational and José Feliciano.

Been on several talk shows, such as: Little mouse, Gallery of the mass, Ana Maria Braga and Caldeirão do Huck.

They recorded their first CD in 2004, entitled Hope.