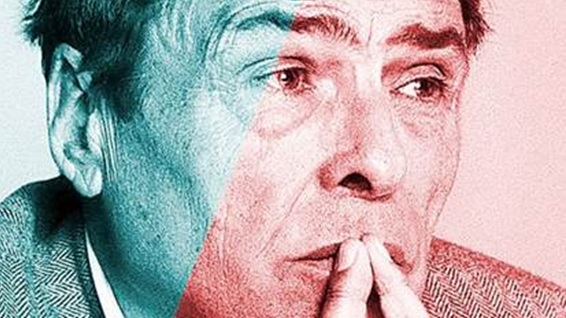 Onthe Wednesday, day 07 of december, at 19h, the Alliance Française Botafogo performs, in partnership with the Consulate of France, the Masterclass event: "The thought of Pierre Bourdieu through the eyes of a filmmaker", with Annie Gonzalez and Silvio Tendler. The event is free and will be held in French, with simultaneous translation.

The meeting will deal with the thought of the French sociologist Pierre Bourdieu, from excerpts from documentaries to Annie Gonzalez on the conditions of production and the reception of the work in France. The filmmaker asks about how to overcome the relations of domination through the actual decoding. The unpublished excerpts from her new movie "Bourdieu, the back "will cover the work of the philosopher, through interviews of the sociologist and other experts who have had contact with him. The concept of cultural capital, the relationship with the media and invisible domination are some of the topics covered in the lecture. The session will feature the special presence recognized Brazilian Silvio Tendler documentary that will expose the brazilian perspective on the work of French producer.

Annie Gonzalez It is a filmmaker and independent producer in Paris. Created the production company C-P Productions, accompanying authors, whose work provides critical reflection films. He produced the documentary "Sociology is a combat sport” (2001), Pierre Carles, with the sociologist Pierre Bourdieu.

Silvio Tendler degree in history from the University of Paris VII, Master in film and history from the École des Hautes-Études/Sorbonne and specialized in documentary film applied to the social sciences in the Musée Guimet. Already produced about 40 movies, among them "Jango" (1984) and "the ' JK ' (1980) and founded the Caliban Produções, production company specializing in socially-oriented historical biographies.

It is the only institution in Brazil authorized by the Embassy of France, to apply the tests that give access to international diplomas DELF and DALF, recognized by the French Ministry of National Education. The French Alliance is also the center of official exams for the application of international tests valid for two years TCF (The French Knowledge Test) and TEF (French Assessment Test) and the national test valid for one year Capes (recognized by agencies CAPES and CNPq MEC). The French Alliance in Brazil develops partnerships with numerous French and Brazilian companies as well as being an essential actor of Franco-Brazilian cultural dialogue.