Home / Art / News-angles 90 years of Photojournalism in the world

News-angles 90 years of Photojournalism in the world 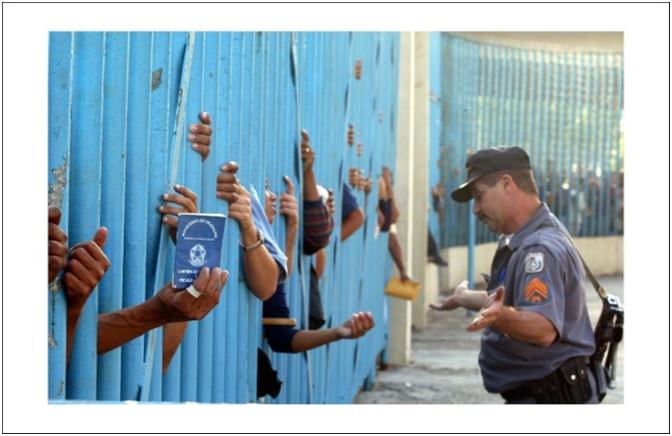 In 450 years of Rio de Janeiro, the Art Museum of the river-SEA, under the management of the Institute Odeon, opens to the public News-angles 90 years of Photojournalism in the world. There are more than 150 photographs of Custódio Coimbra, Bruno Veiga, Sebastiao Salgado, Eurico Dantas, Marcelo Carnaval and Marcia Foletto, among other big names of the national photojournalism, daily lend their looks to bring information to thousands of readers. Curated by SEA and the globe, the exhibition features a river that passes daily through the pages of the newspaper, with their joys, pain, destruction and reconstruction, a testimony of a city that never stops reinventing yourself.

Each core will display your text signed by journalists and columnists known to the general public. Miriam Leitão writes about the period of the dictatorship, that the exhibition will be presented by images that range from the first movement to the coup 64 even rare photos of the corpse of the student Edson Luiz, with the who lived the terrors of the time. Still in the political arena, Merval Pereira contextualizará the previous scenario to 1961, with the isolation of power in Brasilia, and the slow process of democratization which leads to the formation of 1988. Discussions on social housing and urban transformations, topics widely discussed in sea exhibitions, This time will be processed by Sergio Magalhaes, While the Society editor, William Helal Son, speaks on religion and education, matters that are also part of the routine of the Museum.

In love with mulatto Carnival, Ancelmo Gois writes about the records of the party and their relationship with the Afro-Brazilian culture. Images that help strengthen the imaginary of the wonderful city, joining the river and contours, seen from the ground and from the sky, will be translated by the veteran John Maximum. Already on the wrong side of joy and beauty in Rio, the pain caused by natural disasters, by the violence and by the aggressive process of peacemaking will be expressed by Paulo Motta, Globe Executive Editor.

The love for the sport come represented by Fernando Calazans in a core that brings together great soccer moves, the first cover with the idol Ayrton Senna and unusual scenes of different modalities. The Brazilian popular music and its great characters will be introduced by columnist Nelson Motta. Already the Photojournalism of the globe will be presented by the opinion editor, Aluísio Maranhão, and the shows contextualized by Ascanio Seleme, Director of Writing.

Currently directed by Antônio Ribeiro, the photo section of the globe appreciate the historical and contemporary role of a newspaper in daily news. The graphic design of the vehicle, renovated in 2012 by Chico Amaral-who worked in the remodel of newspapers such as El País (Spain), The Independence (England), Clarím (Argentina) and the State of São Paulo-, establishes a new relationship between image and text.

News-angles 90 years of on the face of the Globe celebrates the anniversary of the largest newspaper in the city and is part of a series of exhibitions that highlight the importance of Photojournalism alongside shows like Kurt Klagsbrunn, a humanist photographer in Rio and Evandro Teixeira, the Constitution of the world. The series will be completed with exhibitions about the magazines the cruise and Headlines, that will be organized in brief. To mark the opening of the exhibition, a Gallery talk brings together journalists, photographers and curators on the day 29 September, às 11h. Part of the works on display will be donated to the collection of the SEA.

The museum has the Globe Group as maintainer, sponsored by BG Brazil, In addition to Souza Cruz, Dow and Brookfield. It also sponsored the Braskem by means of the law of incentive to the culture of the State of Rio de Janeiro, with the support of the Government of the State of Rio de Janeiro, and the Ministry of culture and the Federal Government of Brazil through the Federal law of incentive to culture. The management is left to the Odeon Institute.

Previous: Novels Curitibanas receives play based on work of Dalton Trevisan
Next: Play “A Traveler Boneka Kartas” Premiere at the Antonio Carlos Kraide