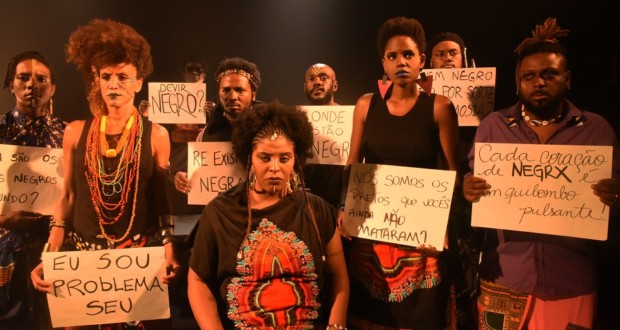 Play, which is directed by Eugenio Lima and dramaturgy of Dione Carlos, the workpiece is freely inspired Judgment of Luculus, The Bertolt Brecht; season runs from 18 April to 5 May the Unity Theater.

Freely inspired by the play "The Trial of Luculus", The Bertolt Brecht, debut at SESC Pompeia season Black Brecht, and Brecht Were Black. The piece is on display on Saturdays, 21h, and Sundays, 18h30, in Unity Theater, from 18 April to 5 de Mayo.

Before the Supreme Court of the Kingdom of Shadows presents Luculus Brasilis, or general civilizador, you need to account for its existence on earth to know if it is worthy to enter the Kingdom of the Blessed. Under the chairmanship of Judge of the Dead, five jurors participate in trial: a teacher, one fishwife, one gravedigger, a wet nurse and unborn. They are sitting on high chairs, no hands to hold or mouths to eat, and eyes long deleted. imperishable.

From this plot the part of the plot was constructed, beginning during the occupation of Self Defense, the very SESC Pompeii, in november of 2017. In two immersions open to the public (studies and dramaturgy), It was ten days of work. March 2018, also in Unity, It was introduced to the public one more step, with an immersion module (staging).

In June 2018 the project Black Brecht: And if Brecht was Black? It was contemplated with Zé Renato Award to support the production and development of theatrical activity for the city of São Paulo. From there, for nine months Legitimate Defense Group looked into what started as a provocation: And if Brecht was Black? this provocation, if Brecht was black what would be the place occupied by the race? His work would be read by an intersectional perspective? joining class, race and gender? It would be possible to build a show about a Brazilian perspective african diaspora of work and Brecht procedures? 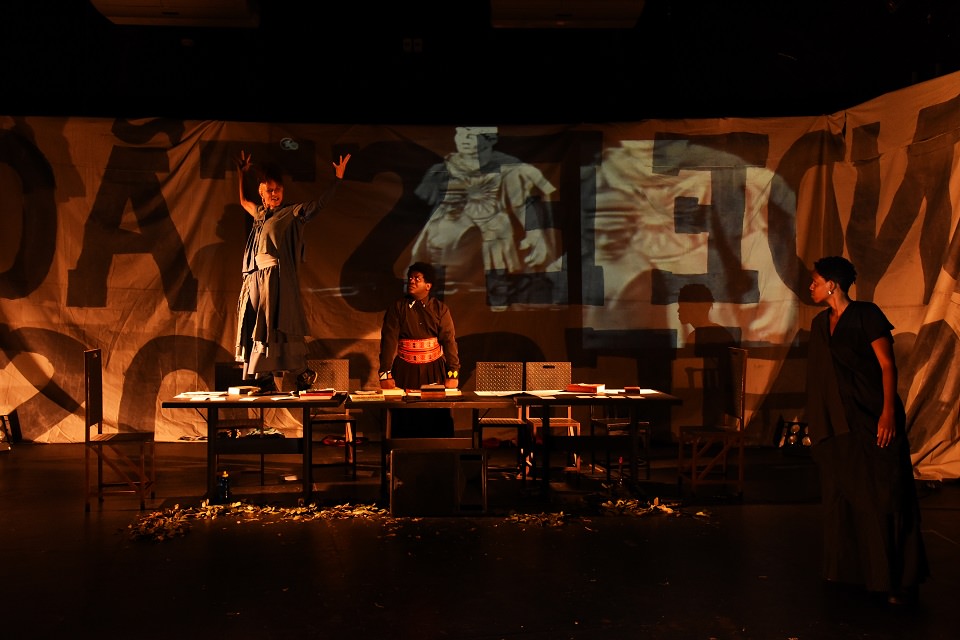 The Self Defense is a collective of artists / actors / actresses poetic action, therefore policy, the image “negritude”, its historical social developments and their effects on construction “black person” under the artistic languages. Constituting this way a dialogue with other poetic voices that have reflection and representation of “negritude” theme and research.

Being invisible is disappearing, disappear is to lose the past and the future ban, so it is not an option.

Formed in 2015, the collective presented the poetic-political performance “In self-defense” the international show São Paulo Theater of 2016. In 2017, debuted the show “The mission fragments - 12 decolonization scenes in self-defense” in the programming of International Theater Shows. You have in your luggage a series of Urban Interventions. Currently, finalizes the research process “Black Brecht - and Brecht were black?”, project contemplated by Zé Renato Award 2018.