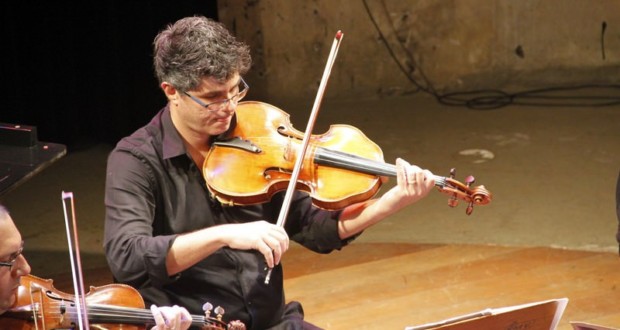 With a repertoire focused on popular songs, the Camerata Antiqua of Curitiba is presented throughout the year in various churches of the city. Open to the public, This Friday (21), at 8:0 pm, the concert takes place in Cajuru Baptist Church.

The first part of the program provides Brazilian works of Ernani Aguiar, César Guerra-Peixe, Ronaldo Miranda and Edmund Villani-Côrtes. Were chosen songs that stand out for being an example of creativity, and rhythmic contrasts and surprising exploration of the possibilities that the instruments offer.

Foreign works are for the continuation of the concert, in a history of the great classical works of representative composers, such as: Giuseppe Verdi, Johann Sebastian Bach and the intense ' the Messiah ', George Friedrich Händel.

Alexandre Razera, principal of guitars of the Camerata will be the front of the Group conducting. Dave Weller is also first violist of the Orchestra of radio-television Slovenia Ljubljana and guest musician of the Mahler Chamber Orchestra, since 2008. He participated in recordings with the Berlin Philharmonic, under the baton of Claudio Abbado, Simon Rattle, Daniel Barenboim, Lorin Maazel, Kurt Masur, Nikolaus Harnoncourt, Trevor Pinnock, Gunter Wand.

The concert is another initiative of the Camerata Antiqua of Curitiba near the public in a more informal and dynamic. Darcy Daniel, Coordinator of the Chorus explains, "these events are important, because they are for people who normally would not have contact with us otherwise, that's why we chose songs that the audience has heard or who can identify with the tune at least ".

In addition to this, two more performances in churches are planned for the second half. In October, day 2, in the first Church Brothers Mennonites of Boqueirão and day 6 November, Our Lady of Lourdes parish.

Previous: 5° Shows Migration of contemporary dance is part of the celebrations of the 55 years of the Fluminense Federal University
Next: Book Launch “Intangible Heritage: in perspective”