Sponsored by Banco do Brasil, CCBB Rio pays tribute to the work of Júlio Verne with the trilogy Viagens Extraordinárias conceived by Cia Solas de Vento, three theatrical productions that invite children and adults to embark on Jules Verne's fantastic universe together and immerse themselves in a scenography that mixes aspects of the performing arts and technology.

“AROUND THE WORLD IN 80 DIAS” premiere day 2 April, at CCBB Rio de Janeiro

From April to June 2022, CCBB Rio opens the doors of Teatro II to offer the audience the trilogy Viagens Extraordinárias by the award-winning Cia. Solo Vento, staged for the first time in Rio de Janeiro. The program consists of three shows: “Around the World in 80 Days”, “Journey to the Center of the Earth” and “20,000 Leagues Under the Sea”, theatrical productions that provoke the imagination by revealing stories created by the renowned French writer Jules Verne (1828-1905), with free adaptation of the group. The shows, who accumulate important awards. The premiere will be with “Around the World in 80 days ", directed by Carla Candiotto, in season at the Theater II of CCBB Rio de 02 April to 01 de Mayo, Saturdays and Sundays, at 4:00 pm, with tickets on sale at the CCBB Rio box office or in advance through the website eventim.com.br.

Through the literary works staged by Cia. Solo Vento, spectators are invited to journeys full of playfulness, with imagistic moments, delicate and fun, through the air, across the sea and into the depths of the underworld.

Considered by many literary critics to be the inventor of science fiction, Jules Verne anticipated in his futuristic and fantasy-filled works the invention of various technologies, like the submarine, the television, the spaceships and even the fax. In addition, For a long time he was considered one of the most influential and translated writers in the world.. 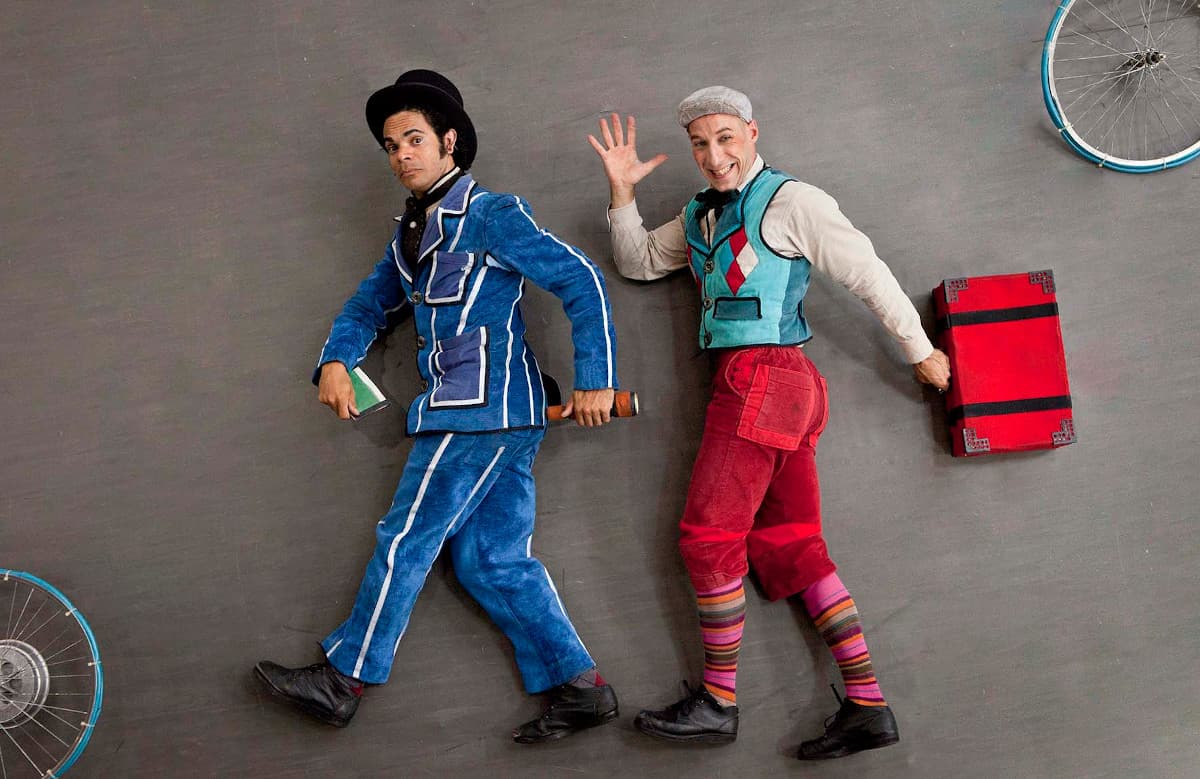 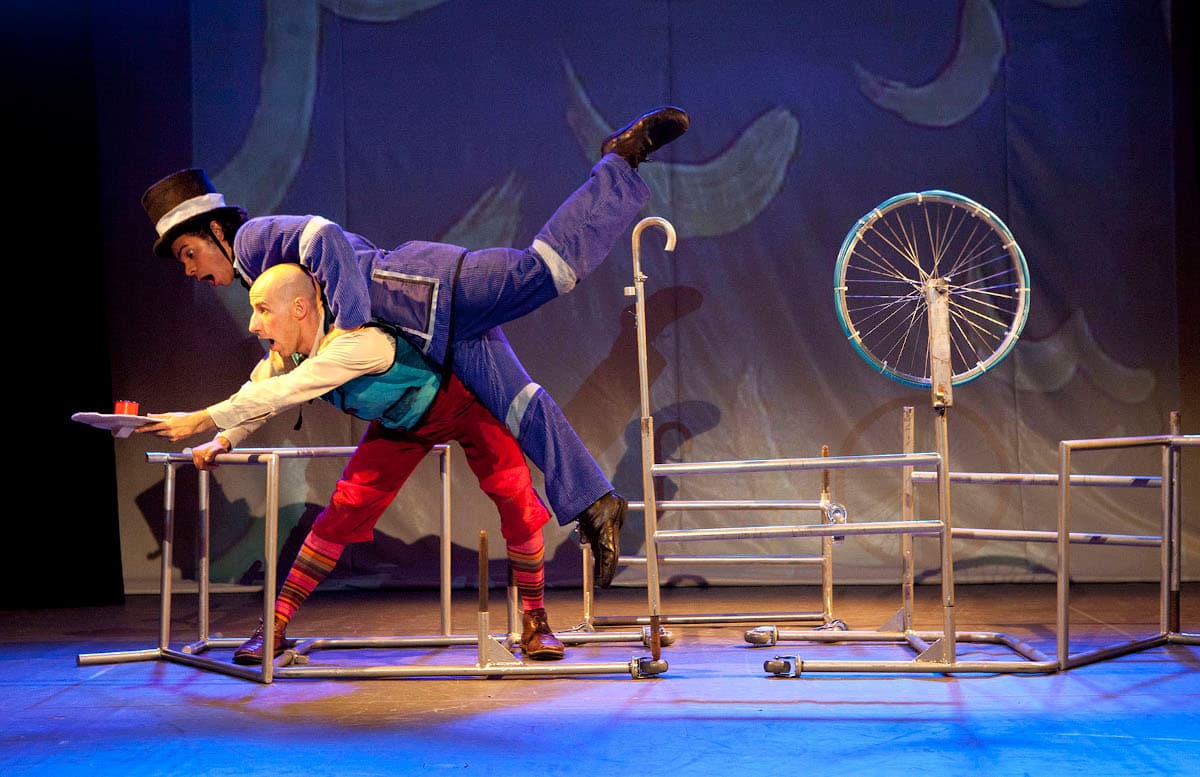 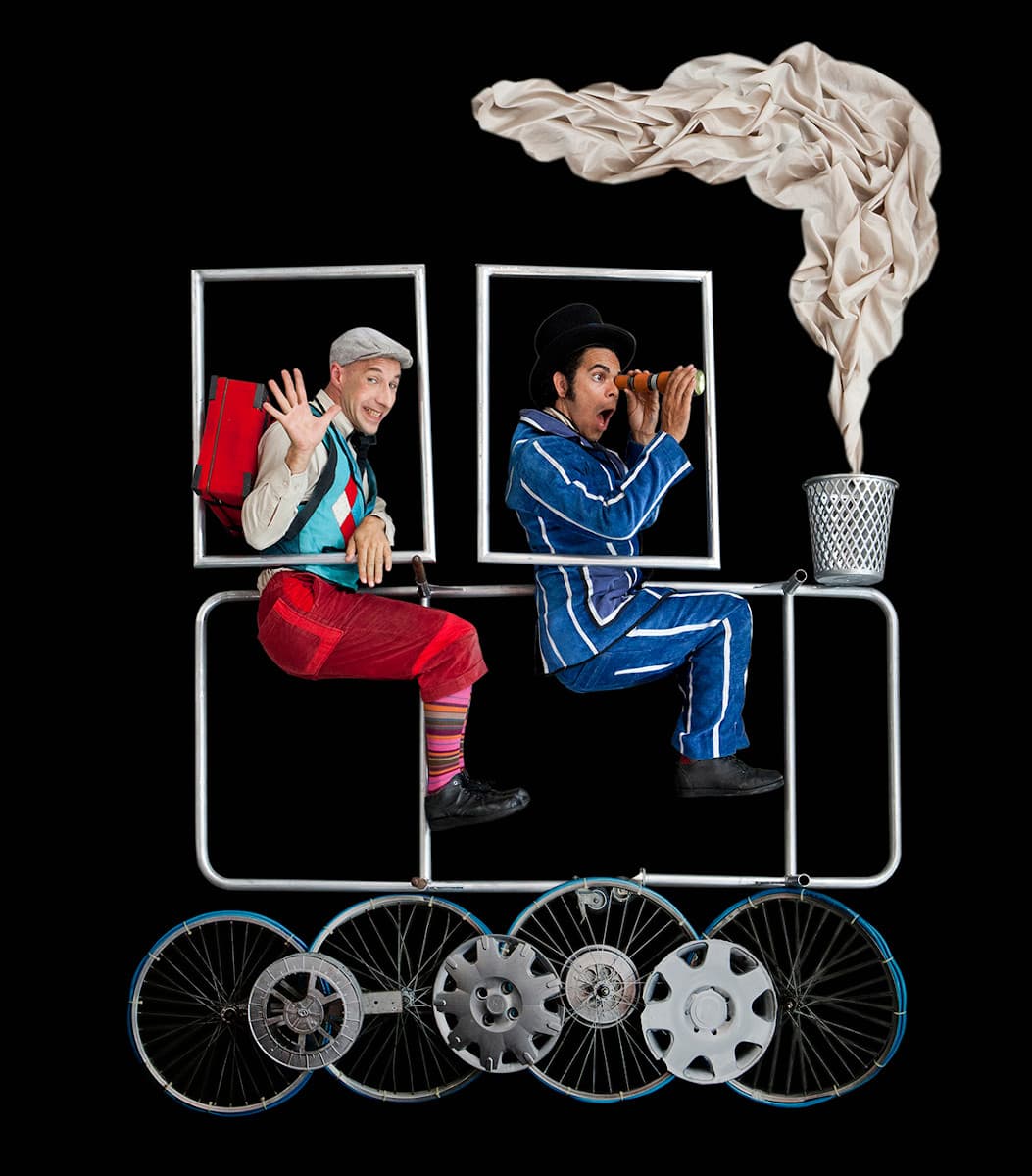 In “Around the World in 80 days ", the plot is composed by the alternation of comic scenes and imagistic moments. Like a game of Tangram, the two actors manipulate pieces of iron, wheels and scraps to build the different places and transports used on the trip. From these pieces appear boats, trains, mountains, wagon and even an elephant. The staging also relies on the use of 3 video cameras manipulated live to capture and project shapes created with scraps onto the back of the stage, characters and illustrations of the places visited. one of the cameras, hanging from the ceiling, allows you to reveal the movement of the actors lying on the floor to create unusual images and bring a fantastic dimension to the episodes of the story.

The play tells the extraordinary adventure of Mr.. Fog, a lord in love with geography and Passepartout, your faithful french servant. It all starts when Mr. Fog finds out that, according to your calculations, they would be able to go all around the world in 80 days. Thus, is given the departure for a great journey full of adventures. But they don't count on the presence of the mysterious Mr.. Fix, the travel villain, that appears in an unusual way to disturb the duo. crossing Europe, Egypt, the India, a China, Japan and the United States, the two adventurers race against time and against the traps set by Mr.. Fix.

The museum was created in 2011, “Around the World in 80 days ", the company's first children's show was a critical success and resulted in the APCA award 2011 for best actor (Bruno Rudolf) and Best Direction (Carla Candiotto) and in the FEMSA award 2011 for Children's Theater in the Best Actor category, in addition to the nominations for Best Production and Best Scenography.

“With the finely tuned duo of actors (Bruno Rudolf and Ricardo Rodrigues) of Cla. Soles in the Wind on stage, the use of technological devices is at the service of history and not the other way around, as commonly occurs. (…) The montage stimulates the imagination of the children's audience, who soon gives in to the game of make-believe, amplified by a delicious soundtrack.” Gabriela Romeo, about Around the World in 80 Days, in the Leaf Guide, 2011.

CIA. ONLY FOR SALE

The Cla. Soles de Vento was born in 2007 in the city of São Paulo, of the partnership between the French actor and dancer Bruno Rudolf, master of physical theater, puppet manipulation and circus techniques, and the Brazilian Ricardo Rodrigues, circus artist specializing in aerial and clown techniques. Since its creation, the company uses in its dramaturgy the mixture of elements of pantomime or gestural theater, without the use of words, of circus techniques and contemporary dance. While the original soundtracks punctuate the movement in the scene. Add to the group's identity, the use of live video projection and manipulation of objects. The symbiosis of these elements supports language and transit between genres and creates impactful spaces and situations..

Indicated for people over 5 years.

Tickets can be purchased at the CCBB box office or in advance through the website eventim.com.br

Previous: Colectivo Entreartes honors modernists with “Alma Tarsila”
Next: studio apartment: learn more about this trend and how to decorate