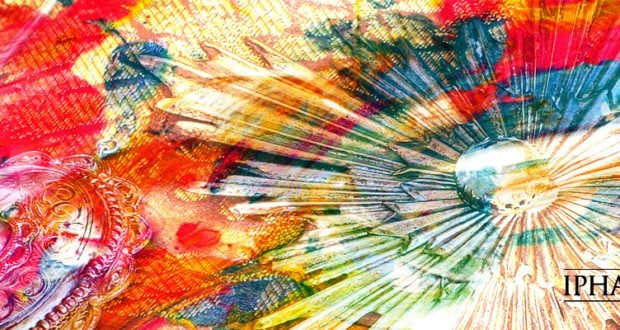 In the context of actions to combat money laundering and terrorist financing, the Heritage Institute for National Artistic (IPHAN) published in 9 of the March Ordinance No. 80 from 2017, establishing penalties for dealers of art and ancient works that do not conform to industry standards. The measure also sets guidelines for enforcement actions to be performed by the Institute.

The first step for the art dealer keep up with the Iphan is access and registration at National registry of Art Dealers and antiques (CNART), conducted by Internet. The deadline for registration is 31 March and, as from that date, traders will be subject to a fine of R $ 2,000 to R $ 10 thousand reais for those who do the registration and R $ 2 thousand to those who are out of date with the registration. According to the Ordinance No. Iphan 396/2016, must register individuals or legal entities, that sell works of art and antiques directly or indirectly, including upon receipt or transfer consignment, import or export, deposit possession, purchase or sale of brokerage, e-commerce, auction, fairs or informal markets, permanently or temporary, primary or peripheral, together or. Also included are the merchants of manuscripts and old and rare books. Dealers who receive penalty may to appeal and present his defense to the Office within fifteen days. 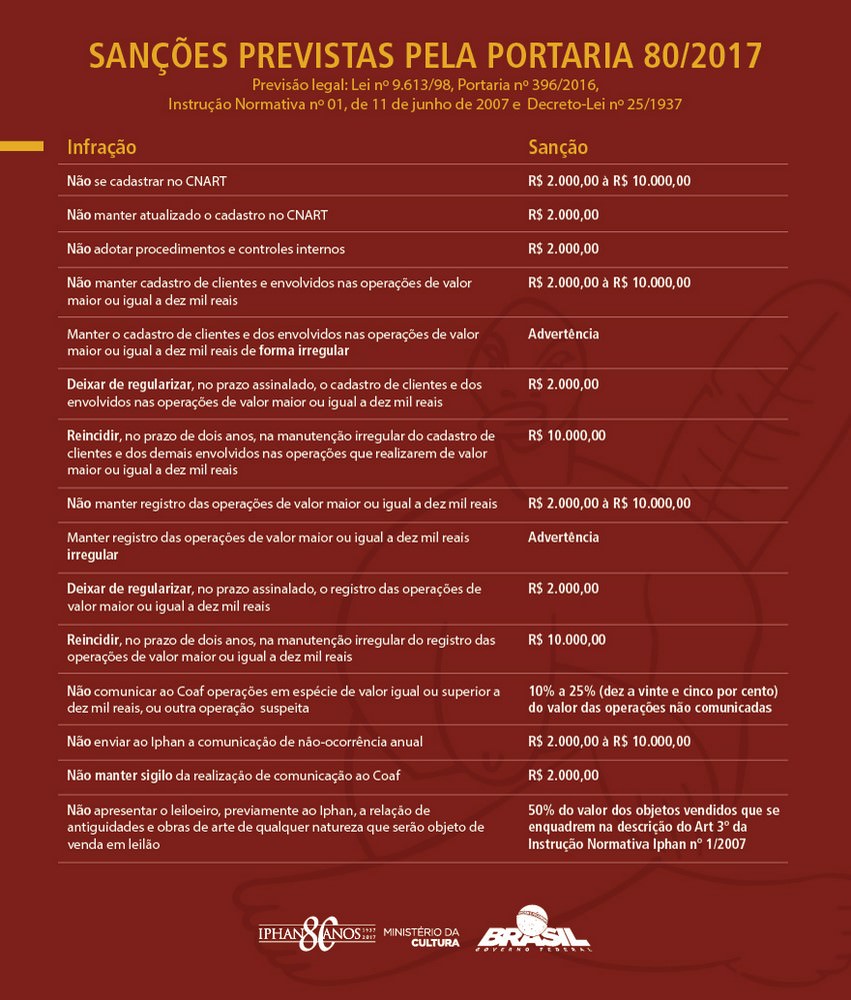 enforcement actions
The standard also defines inspection procedures to be adopted by the institution across the country. The supervisory action may be face, held by agents through attendance at the place where the trade takes place, or distance, after consultation with the databases available.

Between the days 14 and 16 March, Iphan performs specific training with servers who will be responsible for implementing the inspection. Minister the experts travel Iphan, of the Council for financial activities control (COAF), of Attorney General of the Union (AGU) and prosecutors.

Obligations of traders
Traders and auctioneers of art and antiques, as well as sign up for Cnart, should establish methods of internal control aimed at preventing money laundering and terrorist financing. They are also required to keep own record with data from operations over R $ 10,000 and their clients involved. The Decree 396/2016 determines, in addition, to report to COAF, through the Financial activities control system (SISCoaf), transactions made in cash (in kind) over $ 10,000, as well as transactions that are they considered suspicious. Dealers who do not declare any occurrence during the Coaf must present the annual declaration of non-occurrence to Iphan.

Traders and auctioneers should be aware of the situations described in Ordinance No. Iphan 396/2016 which are warning signs and should be analyzed carefully, as repeated operations close to the threshold for cash register; operations in which it is proposed payment by transferring funds between accounts abroad; proposal for overpricing or underpricing; proposal not to record operations or customers; among others.

International context
The mandatory registration on Cnart for all dealers and auctioneers of art and antique works reinforces the Brazilian government's actions to combat money laundering, terrorist financing and illicit trade in art and antiques. The use of such property to hide or conceal the illicit origin of certain financial assets are common, because of the difficulty of measuring its economic value.

Internationally, the prevention of money laundering and terrorist financing has been gaining progressive emphasis on the agendas of governments, having as a framework the United Nations Convention against Illicit Traffic in Narcotic Drugs and Psychotropic Substances, held in Vienna, in 1988. As a result of the Convention, for the first time drug trafficking was featured in its transactional dimension and concealment of assets and values ​​related to it was a crime singularized. In 2015, They were deliberated two resolutions of the UN Security Council, nº 2199/2015 and nº 2253/2015, who charge the UN member countries to establish measures to restrict and control the sources of financing of international terrorism.

Iphan performance
The Iphan acts to prevent money laundering and terrorist financing and regulatory and supervisory institution in a complementary manner, it defines the warning signs, apply penalties for failure and supervise the completion of the registration by the merchants and auctioneers industry. However, it does not make Iphan the regulator of the entire art market. The Institute is manifested either as to the economic value of the goods in trade – what is the market function – or investigate activities deemed suspicious, this being the responsibility of agencies and prosecution authorities.

Previous: Zoravia Bettiol, the lyric and the dreamlike
Next: Virtual exhibition brings together about the Olympic Games commemorative coins River 2016