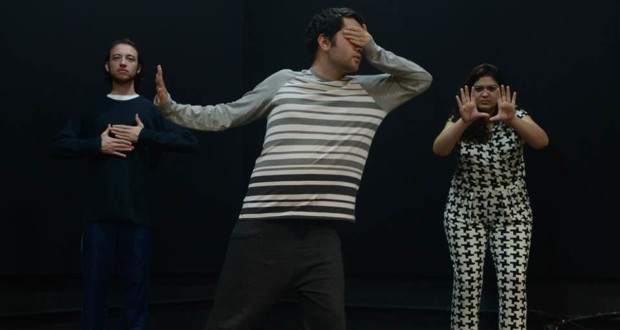 The Overthinkers Theatre Company presents two of its productions in afternoon sessions, This week, the TUC-Theatre of Curitiba. On Tuesday (29), at 3:30 pm, the group staged the play "Overthinking", and in the fourth, at 3:0 pm, the show "Autoacusação". The presentations are part of the Cultural week of education, promoted from 2013 as part of the Educultura project.

The company was formed in 2014, inside of the Catholic University of Paraná, seeking through art questioning contemporary paradigms. His research focuses on the conviviality and human attitudes, the Existentialist questions and thoughts of self-indulgence and dissatisfaction. The group works with unpublished texts and dialectic, following the strand of contemporary theatre.

"Overthinking" had its premiere at the Festival of Theater of Curitiba 2015. The show shows the difficulty of over-thinking and how it affects the human being. Three young people-Beatriz, Edward and Patricia – suffering an overdose of thoughts about its existence. Their personalities melt together with the role play. Unpublished text, directed by Gabriel Oakley, the Assembly consists of contemporary theatre language research with influences and features of the theatre of the absurd and the tragicomedy.

"Autoacusação" comes to form deep and provocative daily topics, seemingly random, but that configure own questions of the human being. Staged by three actors, the piece aims at questioning about social constraints, the rules and opinions imposed on all of us. Directed by Jessica Birth and Annelise Marti.