Home / Art / Drawing and Painting – The Abstract, Step by step 5 of how to draw by Rosângela Vig

Drawing and Painting – The Abstract, Step by step 5 of how to draw by Rosângela Vig

Dreaming is to wake up inside;
Suddenly I find myself in the middle of a dream
And in the game in which all focus
Another letter on the table put.
(QUINTANA, 2004, p. 73)

The poetry of Mário Quintana (1919-1994) She's lovely, sensitive and suggests a stroll around the interior of the soul. So it must be the artistic practice and maybe that's the higher purpose of abstract art. The abstract, the artist makes contact with emotions, dream, converses with feelings and evokes the subjectivity, so she spread his arms wide. Was this the main thought of Kandinsky, the forerunner of this style, When you disentangle the figurative, in his works, and stated,

I had the feeling increasingly clear, that in art, things do not depend on the "formal", but a wish inside (= content) that delimits the formal domain. It was a big step forward (…) solve the problem of art based on need interior, that was in a position to subvert every second all the known rules and borders. (KANDINSKY, 1991, p. 93)

In love with the colors and the music, Kandinsky allowed these two elements permeassem his art and that through them, the work transcended, had a deeper sense, linked to feelings that could result in the soul, capable of stimulating the emotions. Your spiritual Art 1 and Sublime but avoid the conversation, of the object, come undone-if the real world, to enlarge the field of vision, When approaching soul and senses. His style speaks to the spirit, the spirit and the spirit; and allows the painting if pervade poetry, in answer to the colors and the shapes. Abstract art still track the paths of freedom aesthetics, in his approach with the interior. For Schiller (1759-1805) (2002, p.21), "art is the daughter of freedom and wants to be legislated by the laws of the spirit, not by deprivation of matter ". Such freedom allows the artist if desvencilhe the accuracy of the form, your create is clear and that it follow your impulses and your impressions, so essential in abstraction. And by the way, the images will then, emerging, reporting textures, articulating sounds and declaiming poetry shut. 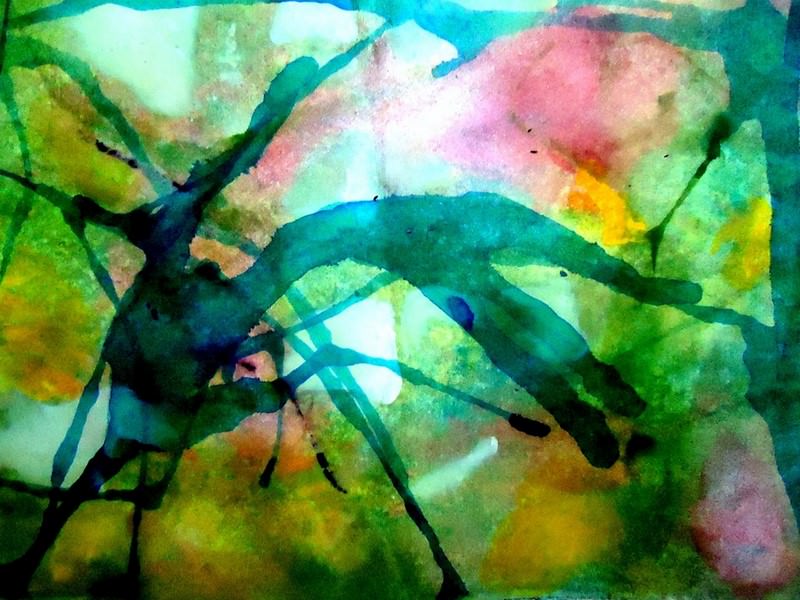 The make abstract passes through fields of color, in the work of Jorge Calfo 2 (Fig. 1). Their shades overlap, Intersperse and permeate in ripples, How to play on the light blue background, that gives birth to his work. In figure 2, the artist allows himself to dare and take for paint, the yellow, Blue, the red and the Green, that associate and become new shades. In his loose motions, the colors are delivered to freedom that they are allowed, the hands of the artist. In figure 3, the cold colors are more present, but not so the work becomes melancholic, Neither lacks light, because the yellow background illuminates the composition. Primary colors decided to play, but don't mix, and the result was the work of the image 4. Illuminated by the light background, still joined to the joke, Black, that brought depth to the composition. And the tessitura is endless in the forest of colors, of the image 5, where the white lines stand out, amid the bright background to yellow, in their uphill attempt to pave the way and invade the space. In the works of the artist, the rational use of depth, color and light and shadow games, allow the Viewer to the perception of what's ahead or in the background. A luz, the shadow and the movement are here worked consistently and logic. 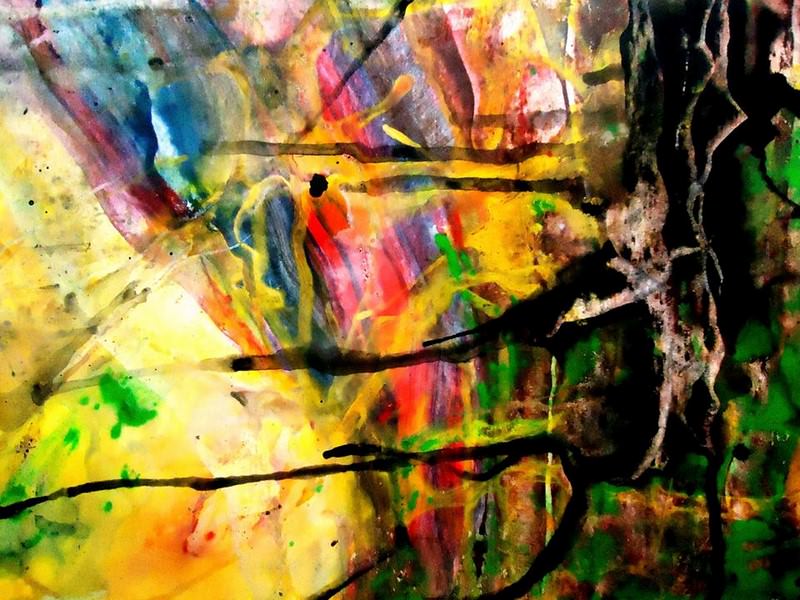 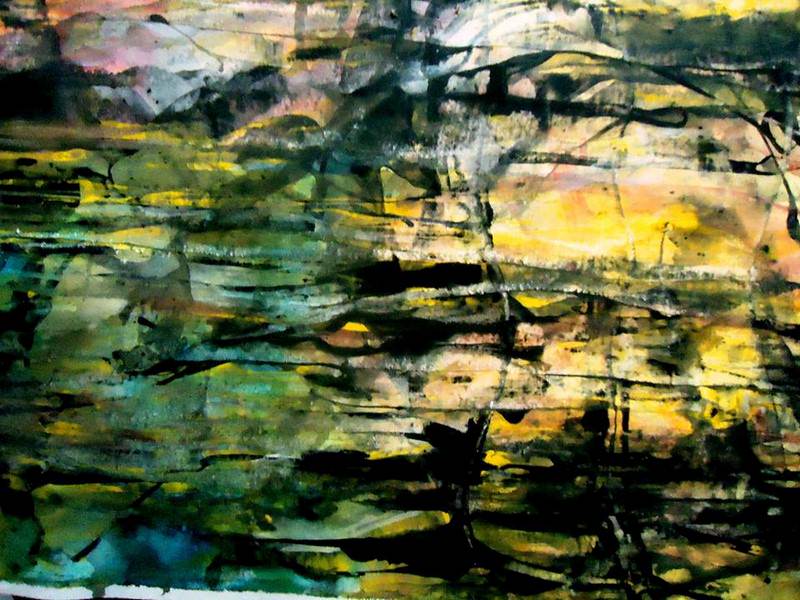 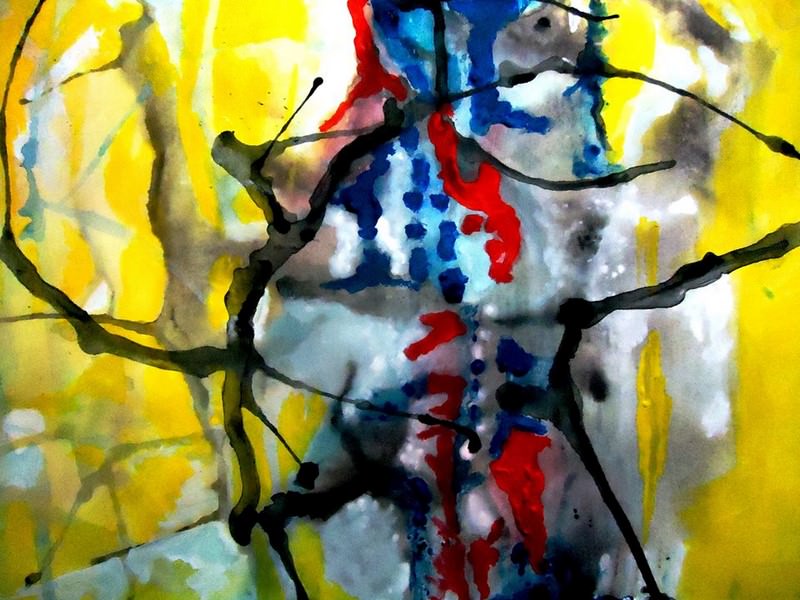 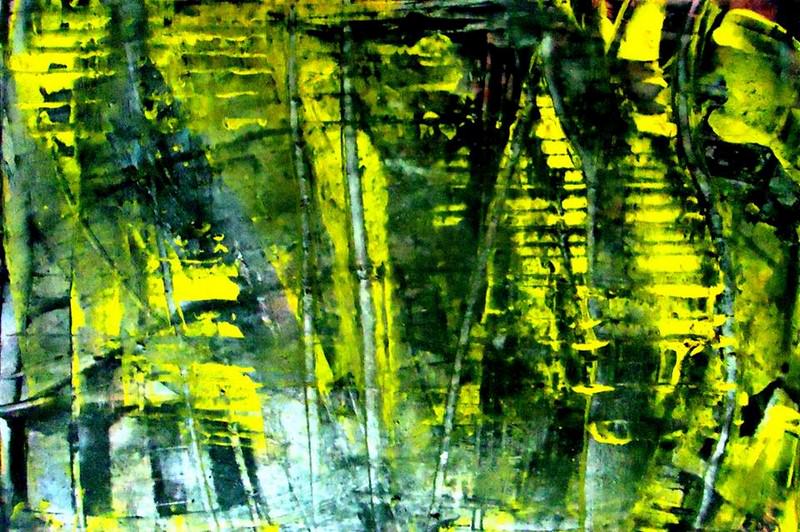 It's not hard to be charmed, to ramble through the works of artist Elena Bissinger. In figure 6, the yellow and Blue appear to move in a constant circle, in two big waves curling to a single vanishing point. Their splash, emerge Green, as the result of the mixture of blue and yellow; and bring out the white and black, that lead to set, the idea of depth and proximity. In figure 7, the colors seem to be shocked, high in the firmament, in a dance on the blue background. The reds, the yellows and blues overlap and crumble, allowing other colors, We also participate in the cheerful Ballet. The Ocean Blue, of the image 8, is in full motion and seems to welcome the white and black, a sweet gesture. A gentle hug, the blue leads to its depths, the colors which housed, revolving them for you. In all the works, the colors are present, the movement and the sense of depth. 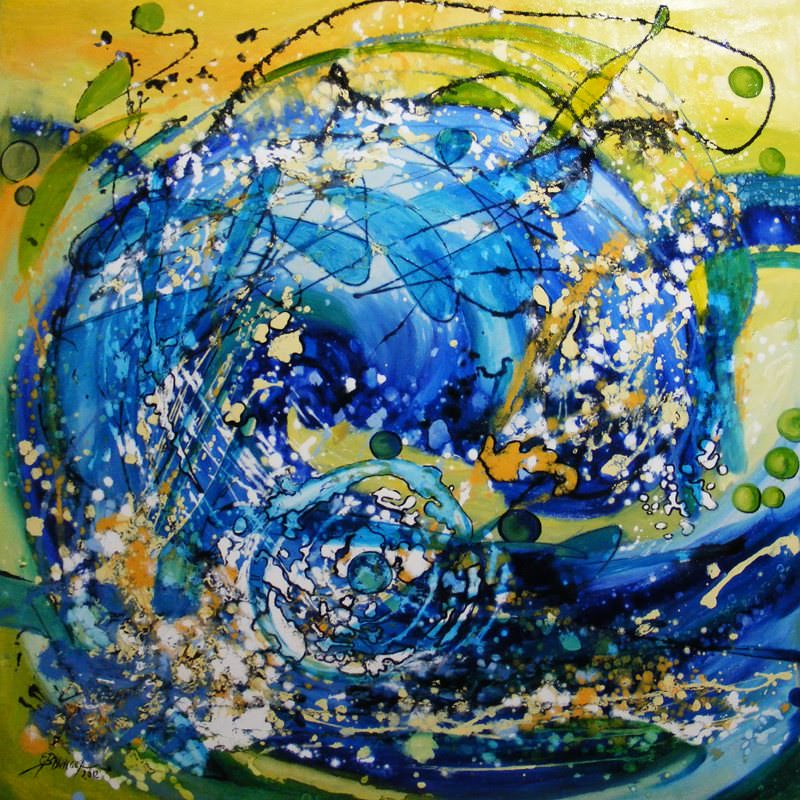 The subjectivity seems to have no end, When the artist turns freely. But your game however acquires a rational purpose and goal, When the lines, the shapes and colors are inserted. It is at this point that the Abstract work becomes robust and makes sense. When the elements of the drawing as the prospect, the light, the shadow and movement come together to create, the painting is completed. The artistic composition seems so, have fun on the imaginary background, When the artist roams freely across forms, and let them loose, enjoying the freedom that you like. It is at this point that the painting if drunk in poetry. You have to rip the soul deeper emotions; uncover your veil, showing, dreams, the visions, the thoughts. It is necessary for the soul shapeshift and materialize through lines that overlap; through playful colors; through ways that are inserted, making shadows on each other and allowing the light crosses by inset. The artistic practice is consolidated in the autonomy of the spirit, Act with fairness on the way, and prints in the book reflections and aspirations, nothing is random. 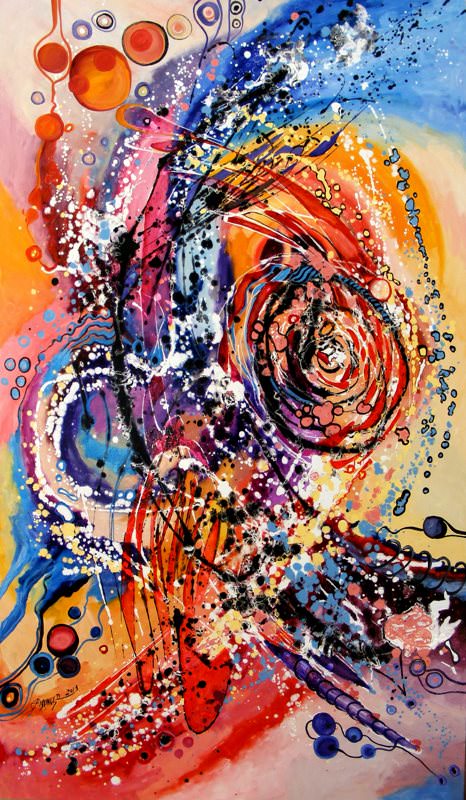 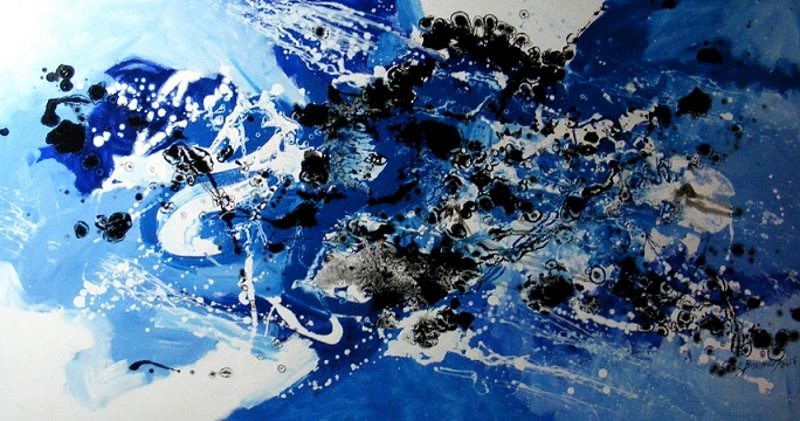 For years I sought the opportunity of leading the viewer to "walk" inside the frame, of forcing him to merge in the painting, forgetting himself.
(KANDINSKY, 1991, p.87)

Video of how to produce an abstract by Jorge Calfo:

Without secretsAs no cultivation secrets, transparency is my strong, will there five minutes of production, to kill the curiosity of some…lol”River of hues that trickle down to the dream by the brush, entering in quantities of 1000 between the plots of the paper, that collects and mark for this magical encounter!” 30/07/2015

And when the inspiration to take refuge inside, Let her get comfortable in the best way, on blank paper, in Avid screen colours; just leave it see emotions, fix freely and unfold in painted Poetry, colorful music. And are for inspiration more two beautiful poems,

Write on the open window.
My pen is the color shutters:
Green! … And to take, beautiful filigree
Draws the Sun on the desert page!
I don't know what the landscaper MADCAP
Blending the tones… hits… desacerta…
Always in search of new discovery.
Will coloring the daily hours…
Games of light dancing on the foliage!
(QUINTANA, 2004, p. 7)

Paint me the curve of these heavens… Now,
Upright, in the background, the Cordillera look alive:
Paint the clouds of a fire in a,
And high, among the clouds, the first light of dawn.
(BILAC, 1997, p.43)

Pinceladas do dia a dia: